You are in : All News > Swedish potato milk brand Dug ready to make a splash in alt-dairy market

08 Feb 2022 --- Potato milk is poised to disrupt the dairy-free milk category as the latest alternative incarnation goes on sale at UK high-end grocer Waitrose this week.

As the alt-milk market is forecast to be worth an estimated £400 million (US$541 million), brands are tapping into consumer demands for more milks without the animal-based ingredients.

Rivaling the already popular oat, pea, nut, or soy-based milks that adorn supermarket shelves, Dug potato milk drink is pegged as “deliciously creamy, makes the perfect foam in coffee,” and works just like any other milk.

Crucially, it is marketed as having a “neutral” flavor.

The vegan-friendly plant-based drink also has a low climate footprint. The sustainability premise is simple: potatoes don’t need much to grow and are hailed as a sustainable crop compared to others like soybeans, almonds, oats or dairy.Owned by Veg of Lund, Dug is made via a patented method which includes the emulsion of potatoes and rapeseed oil.

Potato power
Owned by Veg of Lund, Dug is made via a patented method which includes the emulsion of potatoes and rapeseed oil developed by Professor Eva Tornberg at Lund University in Sweden. It also includes pea protein.

According to the company, no matter how Dug milk is used, it will never separate.

The Dug range consists of Dug Original for cereals, cooking, smoothies or to be enjoyed by the glass, while Dug Barista is designed to add creaminess to hot drinks. Dug Unsweetened is a no-added-sugar version.

Hailed as a “hero ingredient,” Dug brands its product as“the most sustainable alternative in the market.” It says that growing potatoes is twice as efficient as oats and requires less water than almonds.

The brand has also collaborated with CarbonCloud, a company that calculates the climate footprint of foods and assesses their environmental credentials. 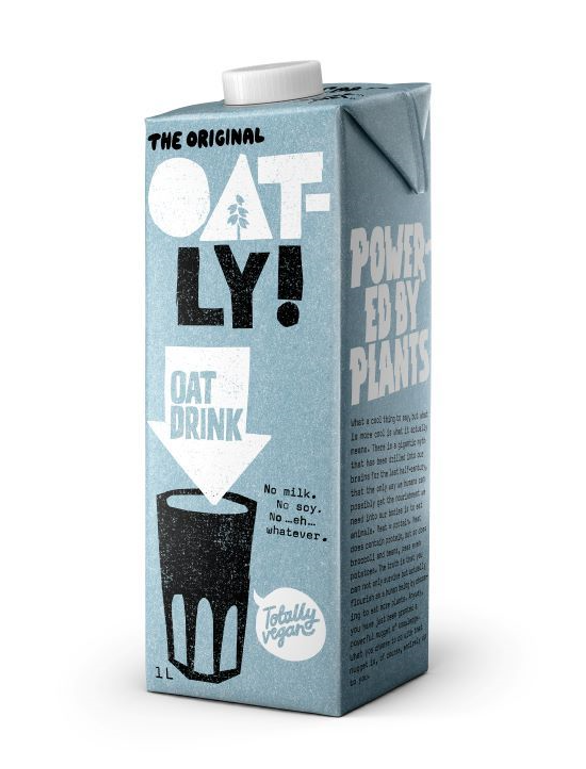 The buzz around dairy-free milk
In 2021, Waitrose sales of plant-based milk were almost a fifth higher than in 2019 as alt-dairy started to go mainstream. Currently, oat milk is the most popular, ahead of almond, soy and coconut.

The Swedish oat drink company is scheduled to open one of the world’s largest plant-based dairy factories in the UK in early 2023. It’s expected to produce 300 million liters of oat milk per year, rising to 450 million liters annually.