You are in : All News > Survey Reveals Need for Awareness of Veterinary Medicines 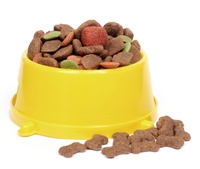 13 Sep 2016 --- A new survey commissioned by IFAH-Europe, the International Federation for Animal Health Europe, across 6 European countries canvasses the perceptions and attitudes of EU citizens towards the use of veterinary medicines for the treatment and prevention of diseases in pets and farm animals.

Click to Enlargeanimals. 59% of respondents go on to say that farm animals have the same right to receive medicines as people however. Although not directly comparable, the latest European Commission’s Eurobarometer on animal welfare shows that more than three quarters of citizens agreed that farm animals should be better protected, so it is quite significant to note that good health is not necessarily the first thing people think about when considering an animal’s welfare needs.
Interestingly the awareness levels are slightly higher for pets with only 47% saying that they don’t know or don’t think that veterinary medicines have a positive impact on the welfare of pets.

When it comes to the link between public and animal health there was also a knowledge gap with more than 40% of those surveyed saying that they don’t know or don’t agree that the vaccination of pets helps to prevent diseases being transferred to people. With regard to food safety, the knowledge gap increases with nearly three quarters of those surveyed (72%) responding that they don’t know or don’t think that medicines given to farm animals helps to make food safer. As only healthy animals are allowed to be introduced into the food chain, it is clear that more detailed information on safe food production is needed.

Commenting on the findings, IFAH-Europe Secretary General Roxane Feller said: “The animal health industry invests huge resources in developing, testing and manufacturing safe, effective and quality veterinary medicines and Europe has one of the world’s most stringent licensing systems for controlling veterinary medicines. 66% of respondents don’t feel well informed however about the use of veterinary medicine in general and over 50% are unaware that medicines for use in animals meet the same safety standards as medicines for people.”

IFAH-Europe President Wijnand de Bruijn added, “The survey results show we still have great strides to make in terms of increasing the public’s awareness about how veterinary medicines are controlled, the need for their responsible use and their far-reaching benefits for both animals and people. It is clear that we need to communicate better and improve awareness through fact-based informative campaigns outlining why animal medicines are needed and how healthy animals positively impact society as a whole."

09 Mar 2017 --- A group of MPs has called for better medicine labeling after it was revealed that almost 75% of the most commonly prescribed medicines in the UK contain... Read More

18 Nov 2016 --- Sales of antibiotics for use in animals in the UK are at a four-year low, putting the UK on track to meet ambitious targets to tackle antibiotic resistance,... Read More