You are in : All News > Stock Spirits Appoints Polish CEO with a Pledge to Revive Fortunes in Poland 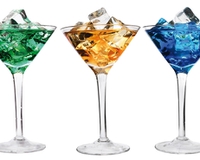 11 Aug 2016 --- Stock Spirits has reported a more than six-fold increase in half-year profits and has tried to appease shareholder unrest by appointing a Polish chief executive who has  promised to focus the business on reviving its business in Poland.

Miroslaw 'Mirek' Stachowicz, who has been interim chief executive since April 2016, has been appointed to the job on a permanent basis and is tasked with reviving the vodka maker’s business in Poland.

Stock Spirits, which is listed on the London stock exchange, has been under shareholder pressure, led by its biggest investor Luis Amaral, to focus its business more on Poland, where Stock Spirits is involved in a price war with rival vodka makers.

The shareholder unrest accounted for the scalp of previous chief executive Chris Heath.

Stachowicz, who has previously served as general manager of Bestfoods in Romania and managing director of AkzoNobel Deco in Central Europe, said: "I am very pleased to have been appointed CEO. Today we have reported EBITDA growth across all our markets for the first half of this year, after a difficult 2015, showing that the many initiatives we have put in place in Poland are starting to show positive results."

“Although the recovery is in its early days, I am confident that, along with our strengthened management team in Poland, we will be able to build on this encouraging start over the coming months."

Stock Spirits said the overall vodka market in Poland has returned to growth and that it has reduced prices of its drinks in the market to compete better.

Stock Spirits said: "The price gap between our leading products and competitor brands has narrowed and we have seen early signs of stabilisation in our overall market share.”

In the Czech Republic, another key market, Stock Spirits said its investment in new products and increased spend on advertising in the last two years has driven strong performance in herbal bitters, where it has grown volume share.

In the Czech Republic, as in Poland, Stock Spirits has focused on embedding and growing new products it launched in 2015. New products include an extension to the Bozkov range and the premium Amundsen Expedition vodka.

In Italy, amid a difficult market, Stock Spirits said it has managed to hold volume and value market share. It said new promotional and price changes have led to value share gains in brandy but a softening market had meant that flavored market was now facing a sharp decline as a category.

Will hangovers be a thing of the past? Emerging beverage brand debuts “science-backed recovery drink”

17 Oct 2019 --- US-based emerging beverage brand, The Plug, has launched its science-backed anti-hangover drink. The brand differentiates itself from market competitors in its... Read More

25 Jul 2019 --- Unilever has attributed steady half-year growth to its emerging market businesses, which grew by 6.2 percent, while developed markets weakened, according to its... Read More

08 Jul 2019 --- Botanical-infused food and beverages are enjoying trending status on the market this year, particularly in the segments of sports nutrition and alcoholic beverages.... Read More

12 Jun 2018 --- A new movement is emerging where whey waste is repurposed and used to make vodka, lessening the environmental impact of dumping whey and giving artisanal companies... Read More