You are in : All News > Stevia-Packed Coca Cola Life Scrapped in the UK as Sales Go Flat 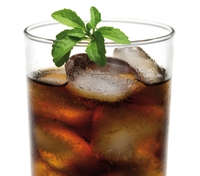 10 Apr 2017 --- Low-sugar Coca Cola Life is to be phased out in Britain in June after sales of the stevia soft drink have nosedived. The move comes as Coca Cola increases its investment in Coca-Cola Zero Sugar as part of its on-going zero sugary strategy. This will allow the company to “simplify consumer choice between sugar and sugar-free formats” as Coca-Cola continues to focus on the growth of Coca-Cola Zero Sugar and Diet Coke.

The distinctive green-labeled Coke Life was launched in the UK in September 2014 amid a fanfare that it contained a third less calories than regular Coke and was sweetened using a mix of sugar and plant extract stevia.

Consumer uptake has not met expectations, sales have been flagging and distribution was pulled back over the last year. The variant has built a “loyal and niche” following during that time, accounting for just under one per cent of the Coca-Cola trademark sales, according to the drinks giant.

Now, Coca-Cola has taken the decision to scrap it and concentrate on Coca-Cola Zero Sugar.

Since the beginning of the year 51.2% of Coca-Cola sold in UK Grocery is no sugar, a 7% improvement against the same 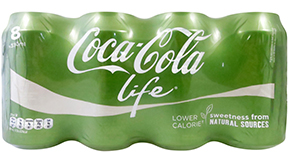 period last year. Data shows that nine months after its launch, sales in grocery and convenience stores are up 52 per cent and for the first time ever sales of no sugar Coca-Cola (Coca-Cola Zero Sugar and Diet Coke) are matching those of Coca-Cola Classic. Coca-Cola Zero Sugar sales have now reached £115m since it launched in June 2016.

“As we look to drive no-sugar sales even more and make it clearer for consumers to differentiate between sugar and no-sugar options now feels the right time to phase out Coca-Cola Life from the UK market and focus on our three leading and iconic cola variants.”

As part of its plans to grow Coca-Cola Zero Sugar, the business will embark on its biggest sampling campaign later this summer, with 11 million samples on offer across the country. The plans will be supported by out of home, TV and in store activity.

Coca-Cola Great Britain will continue to showcase all Coca-Cola variants in its advertising in line with its one brand strategy. From June onwards this will mean that Coca-Cola Classic, Coca-Cola Zero Sugar and Diet Coke will all be featured, adds the company.

Leading soft drinks companies are focusing on their marketing efforts to try to maintain carbonate sales. Coca-Cola brought its One Brand strategy to the US market in 2016, following its trial in the UK, developing it further with the Taste the Feeling campaign during the year.

In the UK, Coca-Cola Life, its mid-calorie cola, appeared to be a victim of the rising focus on reducing sugar levels in the diet. First launched in the UK in 2014, following its appearance in a number of other markets, including the US, it was revamped in the UK in early 2016 with a new lower sugar recipe. In spite of this, the company reports that sales fell by over 50% in 2016, with retail sales of about GB£11m. It attributes this drop to its One Brand strategy which has encouraged more people to try different Coke variants, however. It also reports that the brand has built up a “small but loyal” following in the UK and it has therefore decided to focus on a targeted range of pack sizes in key outlets, according to demand. This leaves just three formats – 8-packs of 330ml cans, plus 1.75 liter and 500ml bottles.

Global food trade has accelerated and is poised to hit a record in volume and value terms, according to a new Food and Agriculture Organization of the United Nations... Read More