You are in : All News > Spotlight on salt (Part 1): Government pressure steers reformulation 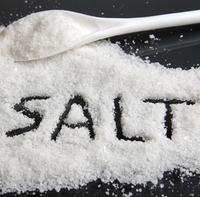 12 Feb 2018 --- Salt, sugar and fat long remain to be the perennial villains in the food industry with many food manufacturers and companies looking for healthier ways to reformulate products. Salt is often associated with health conditions, excessive consumption of salt is known to affect heart health and blood pressure, and more recent studies have confirmed that a high-salt diet reduces resting blood flow to the brain and may cause dementia. On the opposite end of the spectrum, the essential minerals in salt can act as important electrolytes in the body. They help with fluid balance, nerve transmission and muscle function. There are often conflicting messages that leaves many consumers questioning: “How much is too much?” and “Should I be concerned about salt consumption?” FoodIngredientsFirst takes a close look at what is happening in the industry.

In the UK, the Food Standards Agency introduced a traffic light system to help consumers eat more healthily and highlight the amount of salt, sugar and saturated fats on packaged foods, which can be a good indicator of how healthy a packaged product actually is. More often than not, seemingly “healthy” food is laden with salt, sugar and saturated fats, that otherwise, UK consumers would not be aware of.
A diet high in sodium and low in potassium raises blood pressure and increases the risk of heart disease and stroke. According to the World Health Organization (WHO), 2.5 million deaths could be prevented each year if the global sodium consumption would be reduced to the recommended value maximum of 2g per day which corresponds to 5g of salt per day.
Within food, salt can be an important ingredient for shelf life, stabilization, and more importantly, taste. Pre-packaged goods fit in line with many of today’s consumers, who commute daily for work and have very busy hectic lives. Convenience food options are often the “go-to” for quick lunches and easy dinners, but there are categories in which sodium is used to a high level, in breakfast cereals and bakery items. 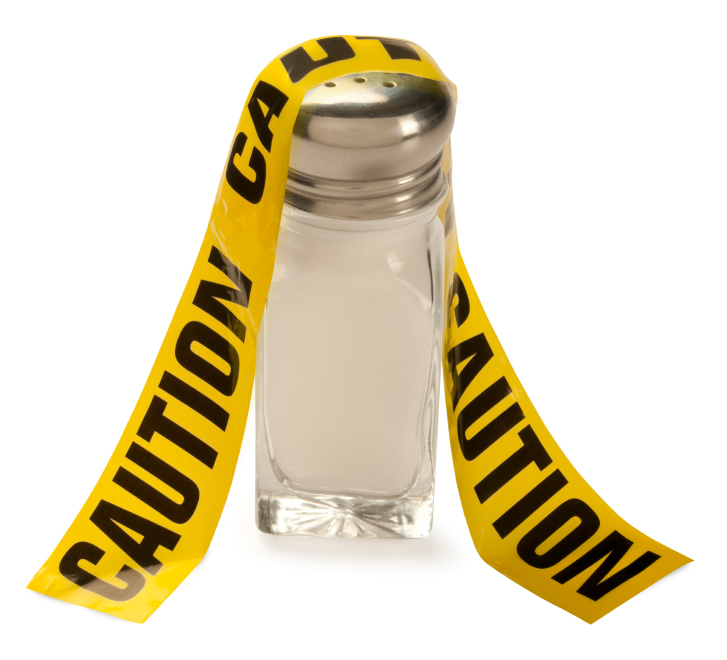 80 percent of the sodium we eat is in the food we buy, according to Marie Tolkemit, Junior Product Manager of Specialties at Jungbunzlaur. “Looking into statistics it is easy to see that the most sodium we eat comes from processed foods, bakery and meat. So within these categories is the most potential to reduce sodium,” she tells FoodIngredientsFirst.
“We do see a growing governmental pressure to reduce sodium in various countries (e.g. US, Chile, Israel, South Africa, UK) around the globe. In these countries, the governments have already set targets to reduce the sodium intake within their population and the food industry has to follow these targets, in consequence, the awareness to reduce sodium in rising within the population,” she explains.
Next, to these governmental targets, some companies like Nestlé and Mondelēz have set their own sodium targets they want to reach within the next years, which they actively communicate to their customers.
“If we look at consumer surveys we can see that low sodium products are after Low sugar and GMO-free the top 3 requested products,” Tolkemit adds.
“If we look at the claims at newly launched products, we find that most of the low sodium products, entering the market are not actively promoted as being lower in sodium. So the industry might fear that the customers think that a product which has lower sodium content is less tasty,” she claims.
Also speaking with FoodIngredientsFirst, Christiane Lippert, Head of Marketing at Lycored said: “Governments and health bodies across the world have prioritized sodium reduction and consumers are responding – more than six in ten Americans have now cut back on foods higher in salt. The pressure to reduce sodium is often seen as a challenge, but it’s a big opportunity to add qualities that appeal to consumers – in particular, improved taste and umami impact.”
“Cardiovascular disease now accounts for around three in ten deaths worldwide – more than any other illness. Given the link between excessive sodium intake and heart disease, sodium reduction isn’t going to fall off the agenda any time soon,” she explains.
“Salt and sugar are similar in that they’re both necessary for moderation, but dangerous in excess. Average salt intake worldwide is 9-12 grams per day, which is double the recommended maximum level,” Lippert reveals.
David Hart, Business Unit Director for Salt of The Earth also states that food containing less sodium is unambiguously healthier and helps people reach the WHO recommended intake of 5 grams of salt per day. And according to Hart, it is mostly Western countries that have average consumption levels of almost twice the WHO recommendations.
“As long as sodium/salt consumption is significantly above the WHO recommended intake of 5 grams of salt per day, sodium reduction will be a focus,” he notes. “More than 75 countries have national programs for salt/sodium reduction, and these efforts range from consumer education to maximum sodium limits in food, front-of-package labeling and even tax on high-salt foods. These programs are a catalyst for the industry to find solutions for lower salt products.”
Stay tuned with FoodIngredientsFirst, for Part 2 of this report, available later this week, which will highlight solutions for salt reformulations.
By Elizabeth Green

If you found this article valuable, you may wish to receive our newsletters.
Subscribe now to receive the latest news directly into your inbox.
Supplier Profiles On FoodIngredientsFirst.com

Natural colorings are a must for any food and beverage manufacturer but they can be difficult to work with, since they sometimes produce inconsistent results. With our Tomat-O-Red® and Lyc-O-Beta® natural red, orange and yellow colorings, you can be confident of achieving the authentic appearance you desire in your products time after time. Tomat-O-Red® is created using tomato derived lycopene and offers a more technically sound red coloring alternative to unstable beetroot and anthocyanins, and also carmine, which is not vegetarian-friendly. Lyc-O-Beta® is sourced from Blakeslea trispora, a beta-carotene-rich, allergen-free natural fungus cultivated by Lycored. Both color ranges are available in liquid form and Lyc-O-Beta® is also available as a water-soluble powder. They are approved for use as food colorants in the EU, US, Japan and Australia. They are also certified Kosher and Halal, non-GMO, vegetarian and are heat, light and pH stable.

Great taste is what keeps consumers coming back for more – and it’s within easy reach with Lycored’s portfolio of ingredients for natural taste and texture improvement, all of which qualify for a simple foodstuff declaration on the label – just ‘tomato’. Within the range, SANTE offers a balanced roundness, intensity and lingering flavour in almost any food application, while our new Dry Tomato Pulp combines an authentically fresh and vibrant red color with a stable texture for red sauces (including pasta sauces), ketchups and soups. Our Lyco-Fibers are an excellent way to naturally modify pulpiness, viscosity and mouthfeel, with declarable fiber content, in sauces, soups and meat products.

For Lycored, nutrition isn’t complicated – it’s natural. It all just starts with a seed – our seed. At the heart of our business is our hero ingredient, Lyc-O-Mato®, a patented tomato extract that’s rich in lycopene and a range of other phytonutrients, including phytoene, phytofluene, beta-carotene, tocopherols and phytosterols. Scientific research has shown that the phytonutrient complex in Lyc-O-Mato™ works in synergy with the natural lycopene to offer powerful antioxidant activity and health benefits.

Lycored also offers nearly 400 fully approved active ingredients suitable for use in pre-mixes. They can enhance the nutritional profile of products and create new positioning opportunities across a range of sectors, including infant formula, dairy, bakery and other staple foods. We’ll create a bespoke pre-mix formulation for your product from our extensive portfolio of vitamins, minerals, botanicals and other functional ingredients, all of which come from trusted and traceable sources. We’ll also ensure encapsulation and delivery methods are optimised for your application, so you can be confident that your end-product will perform just as intended.

At Lycored we’re proud to say that we know where all of our ingredients come from. They’re carefully grown on lush farms, where our farmers let nature work its magic. After harvesting, we apply gentle processing techniques to extract the active compounds from the raw material, which we use to create our unique and natural ingredient formulations. But we don’t just supply ingredients. We also like to share our expertise and work closely with our customers to support them in using our ingredients to create great products that will really resonate with consumers.

Contact us today to find out more about the fantastic potential of Lycored’s natural ingredients. Discover the World of Heart + Soil. http://www.lycored.com