You are in : All News > SPECIAL REPORT: The Impact of the EFSA Approval Process

SPECIAL REPORT: The Impact of the EFSA Approval Process 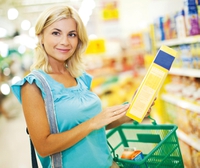 15 Feb 2016 --- The European Food Standards Authority (EFSA), is renowned globally for being one of the toughest regulators when it comes to the use of novel foods and making health claims. With strict rules on many ingredients, novel foods and health claims, there are some members of the food manufacturing industry that claim that EFSA standards discourage innovation and deter food manufacturers from outside Europe from even attempting to launch their products on the European market.

Areas of particular contention have been health claims, particularly those involving probiotics, as well as the approval of novel foods and recently, the desire by manufacturers to launch naturally sweetened products such as soft drinks. Confirmed reports suggest that several very large food and drinks manufacturers would like to launch sugar-free, naturally sweetened beverages on the European market, which has been possible in areas such as the US, but it is virtually impossible to develop a product that has enough natural sweetener in it to be desirable for the consumer and still fall within guidelines.

Although EFSA has recently updated its rules in many areas, making it easier for companies to make healthy claims applications and increase their use of certain ingredients, for some, it is still not enough.

Others, however, welcome EFSA’s strict stance and champion an authority that protects its citizens and bases opinions on sound scientific evidence, rather than being swayed by lobbying by big food companies, as is the case in other territories.

In 2013, chocolate producer Barry Callebaut gained EFSA approval for the use of a health claim for its cocoa flavanols, branded as Acticoa. Cocoa flavanols can now be marketed to contribute to the normal blood circulation in the human body by maintaining the elasticity of blood vessels. This ruling only applied to cocoa powder and dark chocolate, but in 2015, Barry Callebaut successfully applied to have this health claim extended to cocoa extract.

Clinical Researcher Leen Allegaert, Global R&D Project Manager, Barry Callebaut, explained how the process of applying for a health claim works and exactly what to look for in the application process. As the clinical researcher on the Acticoa project, Allegaert compiled the dossier to support the application for the original health claim, which began in 2011, and she also participated in the second dossier for the health claim for the cocoa extract.

“Making the application is a straightforward process, says Allegaert. “EFSA supplies guidance documents and clear steps that need to be taken. What is challenging is recognizing exactly what EFSA wants as supporting evidence for the health claim. For example, what kind of studies, ensuring the studies submitted apply to the audience of the final product and making sure that studies show clear cause and effect.”

This can of course be a meticulous and time-consuming project, as well as costly. What Barry Callebaut found, along with countless other food ingredients manufacturers, is that sometimes there is no existing study that satisfies all of EFSA’s criteria to launch a health claim. In such cases, it falls to scientists like Allegaert to design a study that will satisfy EFSA and pay an independent body, usually a university, to carry out the study to strict criteria. This is an arduous and costly process, but as Allegaert attests, worthwhile in the end.

“It is a costly process, and takes time and effort, but if you do it right first time, the rewards will come when you go to market. I find it best to work with an expert in the field of health claims so that the doses and biomarkers in study evidence are correct for EFSA requirements, as well as target population. I am lucky that we did not have the health claim application rejected and that is because all the research was done before the application,” says Allegaert.

“Once submitted, EFSA can come back and ask for further information or clarification, for which you have 15 days to reply. This is fine if you have all the background research to hand, which has happened to us, but 15 days is not long enough to start on new studies, so you really have to do your homework first. I learnt to be very critical of existing studies and if there is something missing, make sure that you do it yourself.”

If your application is rejected by EFSA, there is no time barrier to reapplication, but as Allegaert says, at upwards of €100,000 per application, it’s better to get it right first time.

Where Allegaert believes that EFSA is very helpful, is that it gives access to past applications and so companies can see what is required and a lot can be learnt from past dossiers. She recognizes that EFSA can be one of the tougher regulatory bodies and this is evident by the small number of health claims used in the EU region, however, she also feels this is good as the rules protect the consumer. In China and Japan, regulators are also very strict, she says, particularly in China, where all scientific studies need to be carried out again for each application.

Another angle that is very important is how food manufacturers can reformulate their products in order to make them more healthy in our obesogenic environment. Sugar sweetened beverages and their link to the increase in obesity is a case in point. There are a raft of sugar-free beverages on the market all over the world that are sweetened by artificial sweeteners such as aspartame. However, with demand for natural sweeteners and clean label offerings on the rise, the use of natural sweeteners like erythritol, stevia and monkfruit is on the rise. In the US, these are all commonly used natural sweeteners and can be used in reasonable amounts in soft drinks due to their FDA GRAS status, but in the EU, EFSA has imposed strict limits on how much of a sweetener such as erythritol can be used. Monkfruit has yet to be approved for use as a natural sweetener in the EU.

“The limit for the use of erythritol has been increased in recent months, but only to 1.6g/liter. This means when using stevia as a natural sweetener, which also has very low usage limits, the amount of erythritol that can be used to mask the bitter aftertaste of stevia is limited so much that the beverage will not be sweet,” King explains. “In this way, EFSA has limited the possibilities for developing a naturally sweetened soft drink.”

“One very large international food manufacturer came to us wanting to reformulate to a naturally sweetened beverage but we just couldn’t add enough erythritol to mask the flavor of the stevia. If the drink is not as sweet as the original, then the consumer won’t buy it and consumer demand is the main driver. In order to make the product as sweet as the consumer (particularly in the US) desires, there would have to be an addition of sucrose, which increases calories,” says King.

Ultimately, says King, EFSA has its population better protected and is not so influenced by big business as the FDA, which is more prone to lobbying in order to get certain ingredients GRAS status. EFSA will continue to be under pressure by food manufacturers to approve other natural sweeteners such as monkfruit, believes King, and he says that as the trend for clean label products evolves, he believes that there will be increases in the levels of both stevia and erythritol permitted, particularly as consumer demand increases. In the meantime, opportunities for naturally sweetened beverages are limited.

In 2011, EFSA famously rejected applications by Yakult and Danone to make health claims on their products that promote the beneficial effects of their probiotic products. Today, Yakult is available in Europe and it doesn’t carry any health claims, or use the word “probiotic,” although elsewhere around the world the benefits of Yakult and its probiotic strains are promoted.

US firm Ganeden, founded in 1997, has carried out a plethora of scientific studies that back up its health claims that demonstrate the safety and efficacy of its probiotic strain GanedenBC30, which it says can be found in over 150 food and beverage products around the world.

Probiotics are most commonly known for their positive effect on gut health and the immune system, as well as, more recently, their use in the prevention and treatment of infections of the upper respiratory tract. Ganeden has also launched a skincare product that it says reduces the signs of aging. In Europe, it cannot use the term “probiotic.”

Steve Quinn, International Business Development & Regulatory Manager at Ganeden, explained that the company has not had any contact with EFSA, even though its probiotic products can be found on the European market.

“Ganeden does not have to regularly work with EFSA, because our ingredient is already known as safe, is included on the QPS food list and we do not have plans to apply for a specific claim,” he explains. “The existing regulations are fairly straightforward, but it can be difficult/tricky achieving a claim or a change in the regulations.”

For Quinn, the strict regulations on claims does not deter Ganeden from investing in the R&D, simply because the company can find a way around by launching a product without a health claim, but trusting the consumer to know what its benefits are: “It is unfortunate that we cannot say the word ‘probiotic’, and it definitely is a hindrance. That said, European consumers are aware of what ‘cultures’ means and know that it refers to a probiotic product, even if we can’t use that terminology on packaging. For some products where the benefit is less widely known and there is not a subtle way to make the same claim, it might be more of a problem. Fortunately, people know that yogurt has beneficial ‘cultures’ and are able to transfer that understanding to innovative probiotic food and beverage.”

The lengths that EFSA goes to in order to ensure that the food consumed and marketed in Europe is safe, nutritious and doesn’t mislead the consumer are far-reaching. However, most industry specialists, even those who have been negatively affected by EFSA’s tough rules, agree that EFSA is doing a good job in ensuring that its decisions are not affected by lobbying by big business.

It is also clear, that although many food stuffs are shelved until a time comes that there is more evidence to show a clear benefit, investment in R&D continues and products continue to be launched on to the market, even if a subtle change in the formula or the wording of labels is required.

For more than a century, cacao products have been associated with indulgent chocolate products, but now Barry Callebaut is forging an entirely new category with Elix... Read More

Chocolate and cocoa giant Barry Callebaut is launching a new factory in Serbia that will see an annual production capacity of 55,000 metric tons. The factory, which... Read More

Mars is ramping up its efforts to achieve net-zero greenhouse gas (GHG) emissions across its entire value chain by 2050, aligning with the most ambitious aim of the... Read More

Mars Wrigley has formed a new initiative  coined Andean Cacao, with 12Tree, a transformative asset manager and operator in the area of agroforestry, and ECOM, one... Read More