You are in : All News > SPECIAL REPORT: Salt Reduction – Suppliers Fill the Taste Gap

23 Sep 2016 --- According to the US Food and Drug Administration, Americans consume on average 3,400 milligrams (mg) of sodium per day, almost 50 percent more than the 2,300 mg limit recommended by federal guidelines. Most children and adolescents also eat more than is recommended, ranging from 2,900 mg per day for children 6 to 10 years of age to 3,700 mg per day for teens ages 14 to 18 years.

The guidance, aimed at reducing the levels of sodium in processed food and at restaurant chains, is certainly thought to impact a wide-range of foods, including meats, pizzas and other snacks, and baked goods. The FDA recommended to cut salt content by a third in many food products as a long term goal.

While welcoming the new guidance, the food industry pointed out that it had already made significant inroads in reducing salt content in its food. Paul Grimwood, chairman and CEO, Nestlé USA said: “Nestlé has been on a journey to reduce sodium across its food portfolio for more than a decade.”

The industry is also quick to point out that it had already made inroads to cut salt levels in the food it offers. For example, Nestlé said in a statement: “Nestlé are in agreeance with the FDA that broad adoption of the agency's voluntary recommendations by the food industry can create a meaningful reduction in population sodium intake over time and help consumer taste preferences adjust.”

US companies such as General Mills and Campbell Soup have also made similar moves to reduce salt levels.

The National Salt Reduction Initiative 2009-2014 assessed the US packaged food industry’s progress over this time when this scheme was voluntary with category-specific sodium targets with the goal of reducing salt in packaged and restaurant foods by 25 percent. In an article published in the American Journal of Public Health, researchers say that by 2014, 26 percent of packaged food categories had met 2012 targets, while only three percent met the 2014 targets. The overall reduction of salt totaled just 6.8 percent.

In 2012, the Food and Drink Federation (FDF) and British Retail Consortium (BRC) presented a report that declared that salt reduction based on current knowledge and technology had reached its maximum. In some corners, further sweeping reduction targets were resisted – not because of a desire by food manufacturers to harm the health of their consumer, but to ensure that the products delivered on the quality and safety that the consumer demands. So how much of a challenge is this for the food industry?

According to Christiane Lippert, Head of Marketing at Lycored, companies can cut down on sodium content and make food taste better by using natural “better-for-you” ingredients. Speaking with FoodIngredientsFirst Lippert said: “Consumers fall into different clusters in terms of health awareness, lifestyle choices and their understanding around food ingredients.”

“Some are very aware about salt and other artificial ingredients and avidly read labels and monitor their intake,” she explains, “Others show less concern both in terms of the products they buy and their lifestyle and health and fitness choices. In many cases consumers may be aware that 'too much salt is bad for you' but not directly aware of the specific health implications of a high salt diet.”

In the wake of the FDA’s announcement, Lycored joined forces with leading chef Tony Lagana, the President of Culinary Systems Inc to showcase how food manufacturers and foodservice companies can use “real” food ingredients to reduce the salt in their manufacturing formulas by more than 60% without comprising on quality or sacrificing a clean label. This can be achieved without any need for ingredients such as MSG, I+G, IMP and hydrolyzed vegetable proteins, which are unappealing to today’s consumers.

Lagana commented: “When the FDA’s draft targets were published you could hear a sharp intake of breath across the food industry, there’s already a lot that manufacturers and foodservice companies can do right now to reduce sodium, Lycored’s ingredients can make this an easy and straightforward task.” 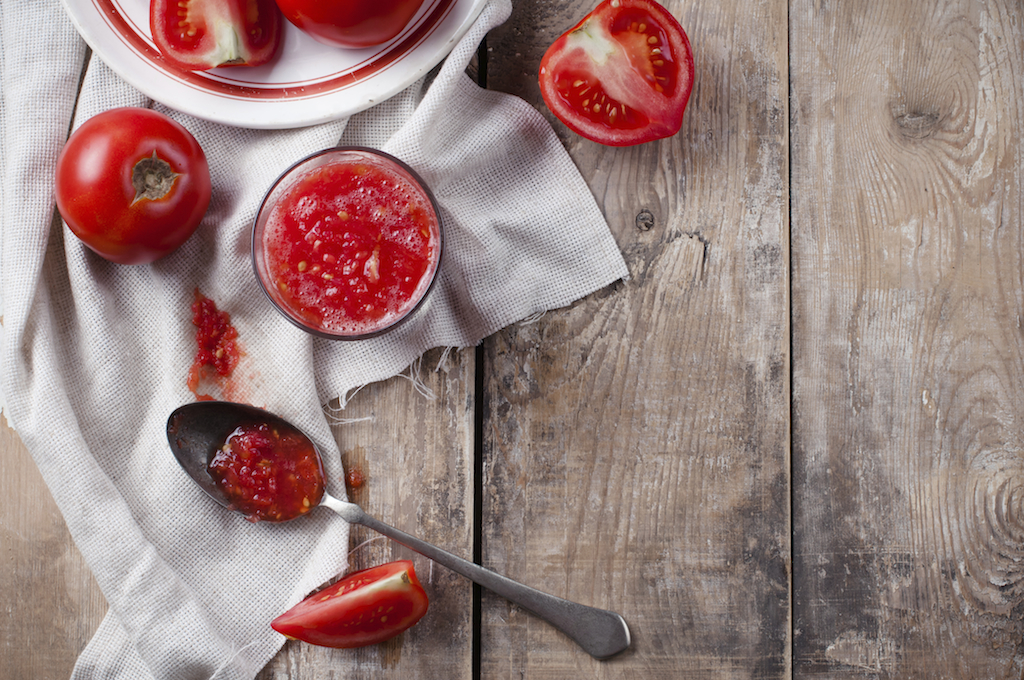 “Lycored’s SANTE is a natural taste enhancer derived from tomatoes,” he says. SANTE provides a high concentration of the natural compounds that produce umami (the fifth taste) and kokumi (the Japanese word for deliciousness) to accentuate existing flavor characteristics while remaining taste neutral.

“It enables product formulators to create deliciousness naturally and avoid ingredients that are undesirable on the label,” claims Lagana.

Using AkzoNobel’s OneGrain technology the new product combines salt, potassium chloride and flavor in each single grain, ensuring the same processing and storage properties as regular salt. Universally applicable across a broad range of processed meat products the product can help manufacturers reduce sodium by up to 40%.

As a result of product application and legal developments, Jungbunzlauer is able to offer a solution for healthy and safe meat products. Sub4salt cure is a stable and ready to use substitute for curing salt. It combines the widely known sub4salt with sodium nitrite to create a healthier choice for the meat industry. Sub4salt cure enables meat processors to create cured meat products with up to 35% less sodium without compromising taste, texture and microbiological stability.

Followings its acquisition of WILD Flavors GmbH, Archer Daniels Midland Company (ADM) has an enhanced portfolio to serve customer demand for healthier ingredient solutions, particularly in sodium reduction. ADM’s flavor expertise combined with its meat capabilities has led to the introduction of sodium reduction technology for use in meat applications.

The SaltTrim product range includes a variety of solutions designed for sodium reduction in meat applications by to up 30 percent. Sea SaltTrim, part of the SaltTrim range, is based on sea salt, which is naturally rich in potassium chloride and 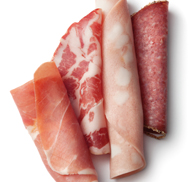 other minerals. The combination of Sea SaltTrim with ADM’s natural flavorings delivers full salty notes without the bitterness that is usually associated with potassium. Also available is Salt Enhancer and ADM’s Arcon range of functional soya protein concentrates reinforces its commitment to reducing salt in meat applications.

Umami
Umami, commonly referred to as the fifth taste, is a savory flavor that comes from Japanese culture which can be translated to “pleasant savory taste.”

Scelta Mushrooms recently launched Scelta Taste Accelerator (STA), which uses the natural power of umami to increase flavor – as alternative to MSG/I+G/AYE – and reduces sodium up to 50% in processed foods, without compromising taste and function. Although made from mushroom, Scelta has succeeded to reduce the distinct mushroom flavor from these powders and concentrates, without using chemical processes. The product can be declared as “natural aroma” and can be used in many different savory solutions. It won the overall FiE 2015 award in Paris.

In response to the sodium reduction regulations in the UK market, Salt of the Earth, Ltd., announced a strategy, earlier this year for the UK food processing and food service markets. Umamix is an all-natural sodium reduction ingredient, which has gained traction in the food market, thanks to its proven capabilities to reduce sodium while keeping the saltiness and flavor that today’s consumers demand.

The product achieved excellent responds not just from food companies but also from catering hospitals, and famous hotel chains. As result, Salt of the Earth increased sales dramatically in the last six months.

Salt of the Earth has gained experience in many food applications in various fields such as meat products sauces and baked goods. According to Revital Ben Shachar, global marketing manager for Salt of the Earth, they conducted several taste trials with Umamix and the participates indicated the same taste with or even better taste with Umamix and less salt. “In several trials Umamix was found effective in replacing salt in a variety of food products including vegetarian dishes, sauces and meat-based products such as hamburgers,” Shachar told FoodIngredientsFirst.

“In the past year Umamix was proven as highly effective solution to reduce sodium, and Salt of the Earth continues to develop Umamix line that can be integrated into a wider range of applications for food such as snacks and dairy products. In addition, we continue developing innovative sodium reduction solutions in different aspects of technology and formulations, to manufacture complementary products in food industries,” says Shachar.

Umamix is able to reduce sodium by up to 45% while boosting the flavor of the recipes without compromising on taste. Umamix is all natural ingredient, rich in free amino acids and minerals. This all-natural ingredient is made from a proprietary combination of sea salt and vegetable sources rich in umami, including tomato concentrate, and mushroom and seaweed extracts.

Most of the salt intake comes from prepared food products. It is hard to control salt consumption during dining at restaurants. The challenge for chefs is to make food healthier, with great taste and without preservatives or synthetic ingredients.

At home it is easier to control the amount of salt used, rather than in the restaurants. Salt of the Earth’s recommendation is to prefer the use of low-sodium sauces, cook at home, and increase the consumption of fruits and vegetables.

“Reduced salt intake allows us to achieve the level of salt that is essential in our daily diet and meet the maximum daily intake of 6g for adults as the FDA recommended. The awareness of salt healthy risks is low in comparison to the sugar and fat consumption, but is on the rise. In recent years, the authorities are making efforts to promote salt reduction internationally, using the media and educating programs about balance salt intake,” concludes Shachar.

This Thanksgiving sees US consumers embrace category-bending NPD at all price points, from festive fast food offerings all the way through to gold-coated... Read More