You are in : All News > Sound Annual Organic Growth for Naturex, Strong Momentum in Europe 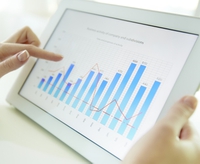 In 2016, the first year of the Bright2020's plan implementation, a number of measures were taken to reduce the complexity of Naturex's operating model.

These measures set the stage for sustainable growth and provided the levers needed to reach profitability targets by 2020.

On that basis, annual revenue amounted to €404.4 million ($431.3 million), with organic growth of 3.6% like-for-like and at constant exchange rates, bolstered by:
• Simplification, with an acceleration in the rationalization of low-margin “commodity” products, the reduction of the number of SKUs (impacting growth by one point) and the categorization of the inventory;
• Concentrating the portfolio around the four strategic categories that offer greater growth potential in terms of added value and innovation;
• Strengthening of the regional sales organization (regions managed by 4 Vice-Presidents / General Managers) and frontline resources deployed to accelerate the development of new projects and penetration of selected markets, including emerging countries.

My Natural Food had organic growth for the year of 6.0% with revenue of €208.0 million ($221.8 million), bolstered by very positive trends in the mix of speciality fruit and vegetables, natural colors and natural antioxidants.

The Europe/Africa/Middle East region had revenue of €147.5 million ($157.2 million) in 2016 representing solid growth of 4.5% like-for-like and at constant exchange rates. This reflects mainly the effects of rationalizing the number of SKUs as the portfolio is repositioned in order to focus on higher added value strategic product categories.

The 2016 fourth quarter registered a 1% increase in revenue like-for-like and at constant exchange rates, after factoring in an acceleration in the portfolio rationalization process and an unfavorable comparison base from selected product categories rolled out in the 2015 fourth quarter.

North America had revenue of €172.9 million ($184.2 million) in 2016 compared to €178.4 million ($190.1 million) in 2015. This 3.6% decline is largely a consequence of the nutraceutical market volatility's in the US as it goes through a phase of reconstruction in response to new regulatory requirements. It will be recalled that the market's main players whose performances had been impacted for the first nine months of the year announced that they were postponing orders until 2017.

Growth momentum remained on track in the Latin America and Asia-Pacific regions with combined revenue of €83.9 million ($89.4 million), representing 20.7% of total Group sales, up from 17.6% in 2015 and overall organic growth of 20.1% for the year.

In the 2016 fourth quarter, the Latin America region was impacted by the comparison base from non-strategic businesses whereas the Asia-Pacific region benefited from more positive market conditions.

“For the Bright2020 plan's first year of execution, we succeeded in delivering quality organic growth for 2016 with strong gains from our Natural Food business and good development overall for the SelfCare segment, bolstered by emerging markets and Europe. We have voluntarily placed the emphasis on the quality of our portfolio by rationalizing the number of SKUs and concentrating on our strategic product categories.”

We also finalized our regional structure in order to support innovation, facilitate our development and transform Naturex into a less complex and more resilient international group. These different measures will positively impact recurring operating EBITDA margin, in line with our latest publications and analyst consensus,” commented Olivier Rigaud, Chief Executive Officer and Director of Naturex.

“Our priorities for 2017 are clearly focused on growth, innovation and profitability according to the strategic pillars of our Bright2020 plan. On that basis, the rationalization of our product portfolio should be completed in the first half while key product categories are ramped up.”

Naturex sources, manufactures and markets natural specialty ingredients for the food and health industries. Naturex’s portfolio includes natural preservation ingredients, specialty fruits & vegetables, phytoactives, and numerous other plant-based natural ingredients, designed to help its customers switch to natural ingredients and create healthy, authentic and effective products. The success of the company is based on a strong commitment to sustainability, continuous innovation and the talent of its people.

Givaudan has its sights set on boosting its position in natural colors, as part of a 2025 strategy to expand the company’s global Taste & Wellbeing business.... Read More

Sweegen is expanding its extensive sweetener portfolio in early 2022 with the zero-calorie, high-intensity sweetener brazzein. The product was developed in collaboration... Read More

The world’s demand for natural vanilla extract substitutes is set to continue growing. According to Solvay, this trend is reinforced both by the growing switch to... Read More