You are in : All News > Solar Foods on track to launch air and electricity-based protein by 2023 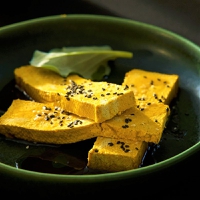 28 Oct 2021 --- Finnish food tech company Solar Foods is making moves to scale its alternative protein – Solein – made out of microbes cultured with electricity and air. Construction of its “Factory 01” has begun, with production anticipated to begin in the first half of 2023. CEO Pasi Vainikka likens the new wave of foodtech becoming commercial to the onset of the digital revolution.

Solein’s qualities and its use in different foods have been tested in a pilot factory for nearly two years. The new Factory 01 will enable a new scale of operations, allowing Solar Foods to commercialize Solein and chart its way towards full-scale industrial production.

At the facility’s Experience Hub, visitors can learn how Solein is made and how it can be used in a broad variety of foods.

Scaling up solein production
Solar Foods’ innovative protein powder is pegged as a first-of-its-kind food ingredient. It is a complete protein containing all the essential amino acids. It “vanishes into foods” and doesn’t change the taste of familiar, everyday food products. 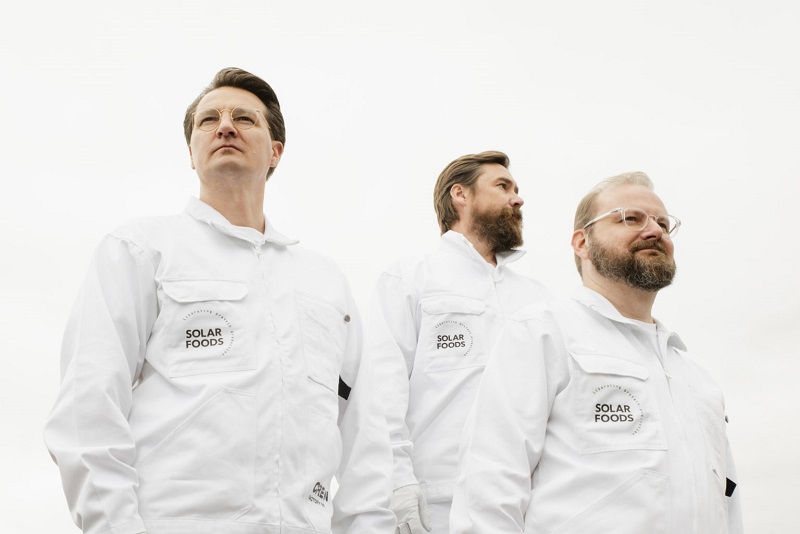 With land use and agriculture making up 24% of global emissions, the company highlights that the global carbon footprint could be significantly reduced with the large-scale adoption of its core ingredient.

The novel protein can be used as a structure-forming ingredient for example in alternative dairy and meat, different snacks and beverages, noodles and pasta, or breads and spreads in replacing meat, dairy and eggs.

Solein is produced using a bioprocess where microbes are fed with gases (carbon dioxide, hydrogen, and oxygen) and small amounts of nutrients. The bioprocess resembles winemaking, with carbon dioxide and hydrogen replacing sugar as the source of carbon and energy, respectively.

The production of the ingredient is not reliant on agriculture, weather, or climate: it can be produced in harsh conditions such as deserts, Arctic areas, even space. The process does not require agriculture, photosynthetic plants, or animals, marking it as one among the world’s most sustainable protein sources.

“Tectonic shifts are happening at our dinner tables”
Solar Foods, founded in 2017 as a spin-off of VTT Technical Research Centre of Finland and LUT University, has achieved rapid growth.

“Even the everyday act of eating will be a force for a more sustainable planet,” the company states.

The company’s CEO and co-founder Pasi Vainikka – who recently caught up with FoodIngredientsFirst in an exclusive interview – sees Solar Foods as being “on the crest of a wave of technologies” that will change our perception of food.

“Today we’re at a similar crossroads with the food system as we were in the mid-1980s with information and communication technology,” Vainikka explains. “VC funds and new companies are investing billions of dollars to reinvent an entire sector in the global economy: the food industry. Tectonic shifts are happening at our dinner tables. The future of food is here and happening as we speak.”

‘We need more sustainable ways to feed the world. What we eat has never been static: humanity has seen food revolutions from the days of the first hunter-gatherers all the way to the unsustainable industrial system of today,” he emphasizes.

“The fundamentals of food production have, however, always stayed the same. We’re now in the middle of the fourth agricultural revolution that is finally changing those fundamentals, and Solein is a part of it.”