You are in : All News > Salt reduction: Preservation without sodium and delivering on taste

Salt reduction: Preservation without sodium and delivering on taste 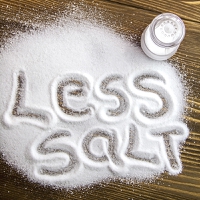 13 May 2020 --- Salt reduction remains high on the agenda for food manufacturers and brands tapping into increased demand for healthy products with a clean label. Under pressure following official recommendations from the World Health Organization (WHO) to drive down salt intake in the global population by 30 percent by 2025, food innovators face the ongoing challenges on lessening their reliance on sodium. This must be achieved, of course, without compromising on taste and delivering on health and wellness characteristics demanded by consumers who still expect the enrichment, complexity and premiumization in their savory choices with a low salt label.

Low sodium-based launches have grown considerably over the past five years, notes Innova Market Research, with a 7 percent average annual growth of food & beverage launches tracked with low/reduced sodium claims (Global, 2015-2019). Baby & Toddler foods have the highest percentage of launches with low/reduced sodium claims, citing the importance of salt reduction from an early age while Sauces & Seasonings and Soft Drinks are second and third, respectively. This is followed by Snacks (9 percent), Bakery (7 percent) and Cereals (6 percent).

While salt reducing focused NPD is obviously popular across various categories, taking away some of the standards from a manufacturer’s toolbox, such as salt, MSG and yeast extract, can create taste challenges.

“Food manufacturers are now looking for solutions that allow them to reduce the sodium levels of their products, while also achieving the great taste and texture that consumers expect. It is, however, not only food producers who are increasingly aware of the importance of salt reduction in food – public consciousness and awareness of the health impact of excess sodium has risen just as much,” Mark Austin, Global Business Development Manager, DSM Food Specialties tells FoodIngredientsFirst.

A recent DSM survey, which interviewed 5,000 people across 10 countries, found that 65 percent of respondents seek foods that contain less salt, while 71 percent and 66 percent of people questioned also reported looking for products that have lower levels of sugar and fat respectively.

“This means that to really meet consumer needs for better-for-you products, producers must take a holistic approach to develop healthier options, considering not just salt reduction, but sugar and fat, too. The clean label movement has seen more consumers seeking products with shorter and more recognizable ingredient lists, with 71 percent of people in DSM’s survey checking product labels and 66 percent buying goods made with ingredients they are familiar with,” he continues.

“When it comes to salt reduction, this means that producers must continue to look towards creating clean label solutions with reduced sodium content that appeal to consumers,” Austin adds.

DSM’s portfolio of yeast extract solutions for salt reduction can support food manufacturers in delivering healthy, tasty and appealing products. Yeast extracts are widely known for their rich savory taste profile, which can help producers create an authentic taste in low-sodium products. Part of DSM’s sodium reduction toolbox, the Maxarome portfolio − including Maxarome Select − is ideally suited for a broad range of savory applications and can reduce salt levels in food, without compromising on taste or texture.

“Suitable for both plant-based and meat dishes, these solutions have the ability to enhance the salty perception of goods, while delivering on umami, meaty or vegetable flavors, and masking off-notes and bitterness,” notes Austin.

“Processed food remains the leading contributor to salt intake in people’s diets. In industrial countries, approximately 75-80 percent of dietary salt is obtained through processed food, while 5-10 percent occurs naturally and the remaining 10-15 percent stems from salt that is added during cooking or at the table, continues Austin.

“With the pressure from public health associations to reduce sodium intake continuing to grow, however, the need for manufacturers to adapt to ensure their product offering meets these demands is increasingly important,” he says.

Salt in the plant-based space
Salt levels in plant-based products have recently come under scrutiny by UK organization, Action on Salt (AoS). It has recently published studies linking cutting salt helps support lower blood pressure which, it says, provide strong evidence for salt reduction as a major public health strategy for the UK which currently has voluntary salt reduction targets.

In the plant-based space specifically, AoS calls on the government to get tough on the eating out sector which lags far behind the food sold in retailers. This follows AoS’s recent survey findings that show many ‘healthy’ sounding plant-based and vegan meals served at UK restaurants, fast food and coffee chains, contain more salt than eight McDonald’s hamburgers. Nearly half (45 percent) of meals eaten out of the home contain 3 g or more salt in just a single meal – that’s half the maximum daily limit for an adult. Additionally, over one in five dishes provide more than half an adult’s maximum daily recommendation for saturated fat.

Recognizing the demand for reduced salt in plant-based formulations, Roquette recently expanded its plant-based protein ingredient range that taps into the salt reduction trend. NUTRALYS L85M is a new specialty ingredient that further expands the existing range of NUTRALYS pea protein from Roquette. Beyond new tastes and new textures, Roquette will now offer its customers the ability to create plant-based meats with less salt to meet consumers’ demands and expectations when managing their daily sodium intake.

For Laura Queiroz Simon, Biorigin Global Product Manager, sodium reduction is no longer a trend, it is a confirmation of conscious consumption. She flags several categories that tap into convenience trends such as snacks and ready meals, as having a lot of opportunities to reduce the sodium content and to be more pressured by consumers and regulatory bodies.

“Plant-based recipes tend to have a neutral taste profile and to compensate by giving more savory to these recipes the food companies are using salt. We know that consumers are aware and are pressuring the plant-based food industries to reformulate their recipes to reduce the salt and use clean label ingredients,” she tells FoodIngredientsFirst.

“The consumption is pushed by health concerns and consumers know that there is no point in consuming less meat in favor of plant alternatives if these recipes have a long list of ingredients with artificial additives and colors. It’s well known that consumers avoid buying products with ingredients that are difficult to understand and are focusing on looking for products that contain ingredients perceived as natural,” she says.

Meanwhile, Biorigin brings ingredients that help to reduce up to 50 percent sodium. Naturally rich in amino acids and nucleotides, there is a line of specific ingredients to promote the umami flavor – the fifth basic flavor that brings a subtle and market sensation, increasing salivation and it is often perceived as a combination of sweet and salty flavors, allowing to compensate the salty taste loss and provide the overall recipe taste balance.

Bioenhance SFE 201 is designed to deliver a clean savory and umami notes, working in synergy with the recipe and compensating the sodium reduction. It is also able to mask off flavors when using different salts than Sodium Chloride (NaCl).

Biorigin offers a range of yeast extracts from standard savory to umami and roasted profiles to fulfill several applications and sodium reduction challenges and natural flavors that improve the salt perception with no sodium addition, maintaining the recipe taste profile, the company flags.

No need to compromise
For Eelco Heintz, Product & Innovation Manager atNiacet, increasing consumer awareness of the harmful effects of excessive sodium consumption on health is driving demand for sodium reducing ingredients. “At the same time, several countries have introduced legislation trying to tackle the issue. As a result, consumers are making a conscious effort to reduce sodium consumption and proactively checking sodium content on labels,” he tells FoodIngredientsFirst.

“As alternatives to the commonly used sodium-based preservatives gain ground, antimicrobials have an important role to play. There is no need to compromise between food safety and a healthy sodium content,” he notes.

Next to sodium reduction there is an increased demand for shelf life extension and improved safety in a variety of food types, adds Heintz. “Sodium-based preservatives are common, but there are preservation ingredients available that do not contain any sodium. Provian K, made with potassium salts, is one such example of a preservative that is proven to keep food safe and extend shelf life while reducing salt. Similarly, clean label solutions, such as Provian NDV, are made from naturally fermented vinegar and also contain no sodium,” he explains.

Provian products are powdered organic acid-based preservatives, which makes it possible to simultaneously address both trends of salt reduction and increased shelf life. “Originally, we focused on processed meat and poultry products, but this quickly expanded to other processed foods like fish, salads, spreads and a variety of ready-to-eat (RTE) products,” Heintz notes.

Processed foods often contain a lot of salt, partly due to the high quantities of sodium-based preservatives used in them. “However, by using high quality preservatives, manufacturers can create healthier products with lower levels of sodium. Preservatives such as Provian are highly effective at lower dosages, which will increase safety and extend shelf-life while reducing the amount of sodium in the final product,” he says.

“Not everyone is aware of the consequences of high salt intake. There are often cases of the public media warning against high salt intake, usually related to kidney or cardiovascular disease. Additionally, there is a clear trend visible of healthy and conscious living in the wider population. However, more can still be done, and it is obvious that awareness of sodium intake and a healthy sodium/potassium balance needs to be part of this trend,” Heintz says.

Another category where salt reduction is an emerging trend is bakery. Baked goods substantially contribute to the daily sodium intake and a reduction is necessary to reach the goals set by governments and WHO. “The industry has seen a voluntary reduction of sodium chloride content, but more still needs to be done. ProBake, from Niacet, offers world-leading standards in mold control with preservative options that contain no sodium,” he adds.

What’s next?
Rising demand for healthier, low-sodium food with a great taste and texture will continue to fuel product innovation and reformulation. Broader health trends will continue to drive the growing consumer trend for low-sodium clean label ingredients in their food. Consumers like the idea of products with easily identifiable ingredients, which can be difficult with preservatives as they often need to be labeled with a chemical name. However, preservatives made from natural ingredients can be used in products with natural claims and clean label ingredients. Niacet’s Provian NDV, for instance, is an effective clean label preservative, made from naturally fermented vinegar.

Manufacturers are searching for effective nutritional solutions for salt reduction that help them meet the trend for better-for-you food and stay ahead of the curve. Meanwhile, the continuing boom for plant-based products, innovation and R&D, will drive the need for more salt reducing solutions globally while more regulation is expected to be introduced around the world, forcing formulators – who haven’t already done so – to act.