You are in : All News > Sales Maintained at Hochdorf Despite Low Milk Prices 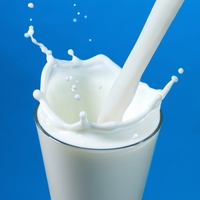 The HOCHDORF Group plants processed 741.8 million kg of milk, whey and permeate in the past year (-2.6% compared to previous year). The difficult market and milk price conditions meant that significantly reduced liquid volumes were accepted and processed in the foreign milk plants. However, a total of 409.1 million kg of milk, whey and permeate was processed in the Swiss plants. This represented an increase of +5.2% on the previous year’s figure of 388.9 million kg.

The growth was largely due to significantly higher whey quantities processed in the Sulgen plant (+44.9%). The group processed a reduced quantity of liquid than the previous year, which was also reflected in the product quantities sold. They were reduced by -2.3% to 237,289 tons (previous year 242,821 tons). Gross sales revenues maintained at last year’s level At CHF 550.9 million ($552.3 million), the gross sales revenue of the HOCHDORF Group remained close to the previous year’s level of CHF 551.2 million ($552.8 million). “The gross sales revenue is within the range of CHF 540 to 580 million announced in the half-yearly report,” explained CEO Dr. Thomas Eisenring.

Low milk prices across the year with correspondingly lower product prices in Dairy Ingredients have had a negative impact on the turnover. The higher sales volumes in Baby Care had a positive influence on sales revenues. Significantly higher revenue figures expected The measures undertaken to increase efficiency and the company’s adjusted strategy are having a positive effect on the operational results.

“We have taken the right path and despite the challenging market in Dairy Ingredients we are expecting a group-wide EBIT in line with the percentage range of between 4.0 and 4.2% intimated in the half-yearly report,” explained Dr Thomas Eisenring. As a result the HOCHDORF Group will still be in a position to announce good revenue figures despite difficult market conditions. The complete company results for 2016 will be published on 13 March 2017.

21 Mar 2019 --- Arla Foods Ingredients is seeking to highlight its quality and food safety processes, through a new campaign to demonstrate the “high standards behind its... Read More

20 Jun 2018 --- Following a significant company review which showed it was no longer viable to operate a plant in Lithuania, the Hochdorf Group is parting company with Hochdorf... Read More

09 May 2018 --- DuPont Nutrition & Health has announced that all the dairy components for producing cultures will be obtained from rBST-free sources moving forward. The company... Read More