You are in : All News > Royal Cosun Reports Decline in Sugar 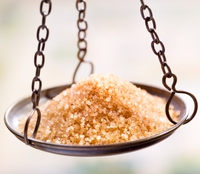 10 Feb 2017 --- Royal Cosun have announced an increase in its profit for 2016 in comparison with 2015. The projected decline in the profit on sugar was offset by firmer results on other activities, especially potatoes. The cooperative will pay €44.15 ($46.98) per ton of quota beet supplied during the 2016 campaign.

Suiker Unie had a moderate year after several years of improved results. In view of the higher cost price triggered by the relatively small campaign in 2015, European sugar prices and low pulp prices, this was not unexpected.

Turnover was at the same level as in 2015 and the profit decreased.

Suiker Unie will continue to take cost control measures and strengthen its position on the European market, in part with a view to the abolition of EU quotas. Investments have therefore been made in recent years to increase capacity and consolidate the market presence. Economies of scale will also keep costs low in the future. Performance at the three sugar factories was excellent throughout the campaign.

Aviko performed extremely well in 2016. The company made the most of the openings on the sales markets and improved its operating efficiency. Aviko responded decisively to the lower availability of potatoes and improved its selling prices. Both the sales mix and the sales volume of potato specialities and fries were improved, partly by higher exports. The granulate and flake activity (Aviko Rixona) performed well in 2016. We have identified opportunities for further growth in our potato activities.

Sensus posted better results than in the previous year. Production costs remained relatively low and the margin was wider. Sales in the US and Asia were lower but sales on the European market were higher. The 2016 chicory campaign was successful, with above-average root yields and inulin content.

SVZ reported better results than in 2015. They were underpinned by higher margins in Europe, chiefly because of a better product mix and efficiency gains. A mismatch in stock positions depressed the result in the US. Demand for fruit juices was lower whereas demand for vegetable juices was higher. This trend prevailed throughout 2016.

Duynie realised a weaker result in 2016. The weakness in livestock farming fed through into the animal feed activities. Novidon, the starch activity, performed better, as did the unit that supplies biomass for biodigesters. The new pet food ingredient activity is developing well.

President and CEO Robert Smith commented, “Our choice for a portfolio of five core activities proved its worth in 2016. We maintained the result despite the low sugar prices.”

Development and innovation
Cosun is seeking profitable growth in existing and new activities that extract value from vegetable raw materials. All Cosun’s business groups are working on product and process innovation.

Cosun started construction work for a new innovation centre at the Nieuw Prinsenland Agro & Food Cluster site in 2015. The Cosun R&D staff will move to the new centre in the summer of 2017. R&D professionals from the Cosun businesses will also use the facilities at the Cosun Innovation Center. IRS will move to this new location in 2018.

2016 beet price
The price paid to members for their beet is made up of the minimum EU price, the member’s bonus, the sugar content premium and other payments. The price paid for quota beet supplied in the 2016 campaign has been set at €44.15 per ton (2015: €43.01) for beet with average extractability and average sugar content.

The Dutch sugar harvest in the 2016 season yielded 13.3 tons of sugar per hectare. This is less than in previous years, partly because of the less favorable weather conditions during the growing season, but it is still good. The campaign in the Netherlands lasted 109 days and produced a total of 934,000 tons of sugar from beet. A substantial volume of white sugar was also produced from raw cane sugar. The average financial yield per hectare for the farmers was €3,317 in 2016 (2015: €3,301).

“The investments made in recent years have prepared the cooperative well for the reality of the end of the EU sugar quota system,” said Dirk de Lugt, Chairman of the Board. “Our members are confident about the future of beet farming. We can see this in the interest shown during the year in additional member supply certificates.”

30 Sep 2020 --- Cell-based protein technology is making waves in the seafood category with Shiok Meats announcing its US$12.6 million Series A funding round. The finances will go... Read More

30 Sep 2020 --- Tesco has committed to a 300 percent increase in its sales of meat alternatives by 2025, making it the first UK retailer to set plant-based sales targets. The... Read More

29 Sep 2020 --- The UN Food and Agriculture Organization (FAO), the UN Environment Programme and their partners have marked today as the first International Day of Awareness of... Read More