You are in : All News > Reducing acrylamide: Kerry’s yeast enzyme ingredient off to promising start 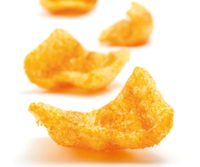 07 May 2019 --- A year after EU legislation came into force concerning the amount of potentially carcinogenic acrylamide in foods – with “benchmark” levels being set for various products – Kerry announced that the early response to its alternative ingredient has been extremely positive. Baking and snack manufacturers are trialing and ordering the non-GMO yeast solution which was recently brought to market by Kerry in partnership with Renaissance BioScience as the food industry continues to rise to the challenge of cutting down on acrylamide.

At the same time, the European Consumer Organization (BEUC) emphasizes the need for more efforts to protect consumers from acrylamide in food. This follows a new batch of EU tests that show many products across different food categories – including biscuits, wafers, baby food products, and potato crisps – were at or above the benchmark.

Over the past 12 months, Kerry licensed Renaissance’s non-GMO acrylamide-reducing yeast having announced this commercialization agreement last December. The taste and nutrition company then worked to prepare its international global sales and marketing launch to several international markets in Europe, America and Asia in late January 2019.

“This included internal sales communications programs and materials such as videos. The early response has been nothing short of amazing. We’ve had countless contacts for trials and even orders already,” Mike Woulfe, VP Business Development Enzymes, Kerry, tells FoodIngredientsFirst.

“The feedback we’re finding is that baking and snack manufacturers are aware of the acrylamide challenge and are looking to find a solution. We’re very heartened by the early response,” he notes.

The clean-label, non-GMO yeast, is rich in asparaginase enzyme and has the ability to reduce acrylamide levels by up to 90 percent across a broad range of food and beverage products, including biscuits, crackers, French fries, potato crisps, coffee and infant food.

“Our early feedback in talking with numerous manufacturers around the world is that they’re aware of the issue and are excited at the prospect of a solution that doesn’t affect their current processes,” continues Woulfe. “Acryleast is a clean label, cost-effective and natural solution that is easy to use and highly consistent.”

Cormac O’Cleirigh, Chief Business Development Officer, Renaissance BioScience, praises Kerry as a global partner. “They [Kerry] are committed to addressing the acrylamide and other food manufacturing problems with safe, highly effective solutions like Acryleast. After our Renaissance research team spent years developing this non-GMO acrylamide-reducing yeast, it’s been great to connect up with a partner so that we can move this into commercial markets globally.”

Acrylamide is a big concern for the food industry, due to the growing body of evidence of its role as a potential carcinogen. Acrylamide forms naturally during high-temperature cooking and processing, such as frying, roasting and baking, particularly in potato-based and cereal-based products. It is not possible to entirely eliminate acrylamide from foods, but actions can be taken to try and ensure that acrylamide levels are as low as what is reasonably achievable.

Many food manufacturers have already taken steps to reduce acrylamide levels in their products. Governments all over the world are starting to pay attention to acrylamide and are implementing new regulations, which include setting benchmark levels and requiring warning signs on foods and beverages that contain acrylamide, such as the California Prop 65 warning.

The very purpose of the acrylamide regulation is to achieve levels that are below benchmark levels set out in Annex IV to the regulation, which is defined as reasonably achievable. The benchmark levels range from 40μg/kg in baby foods to 4,000μg/kg in chicory used as a coffee substitute.

However, the BEUC says its key findings from tests carried out earlier this year, show more needs to be done. In autumn 2018, ten consumer organizations across Europe sampled foodstuffs known to be at risk of containing acrylamide and sent them to an accredited laboratory for analysis. The products included potato crisps, vegetable crisps, French fries, biscuits for infants and young children, biscuits and wafers, as well as breakfast cereals. In total, 532 samples were selected and tested (across all countries and food categories).

The BEUC says that the issue with biscuits and wafers is even more significant because many of these products are frequently consumed by children under three years old. Some of these biscuits are also marketed to children through the use of cartoon characters and other brand mascots on the packaging. Others, even though not necessarily intended for children, are nevertheless commonly given by parents to older babies and toddlers (e.g. digestive biscuits, rich tea biscuits), notes the BEUC.

In the test, 44 products under the “biscuits and wafers” category were identified as frequently consumed by children aged under three. When checked against the acrylamide benchmark for the category “biscuits for infant and young children” (i.e. 150 μg/kg instead of 350 μg/kg for normal biscuits), close to two-thirds of these products were in fact not compliant, says the BEUC.

Consumer organizations from across Europe will keep testing foodstuffs to check if the new acrylamide measures actually do translate into lower levels.

Innovation across the plant-based field is moving at warp speed, with companies experimenting with new ingredients, striving to meet the pillars of consumer demand:... Read More