26 Jan 2021 --- The UK’s new Trade and Cooperation Agreement (TCA) with the EU is resulting in additional tariffs being applied to Irish flour imports. As a point of contention for local traders, the new deal stipulates that if the wheat used to make flour is more than 15 percent of third country origin, the full tariff of €172 (US$209) per metric ton becomes payable. This is equivalent to a 50 percent increase in product cost.

Ireland has had no industrial milling options available since the closure of a number of mills in recent years. It currently imports around 80 percent of the flour, mainly from Great Britain.

“We have certainly noted the impact of this issue, and indeed the concerns of the flour milling sector were raised directly with the Commission and UK government on more than one occasion before the TCA was signed,” Alex Waugh, director of UK Flour Millers, tells FoodIngredientsFirst. 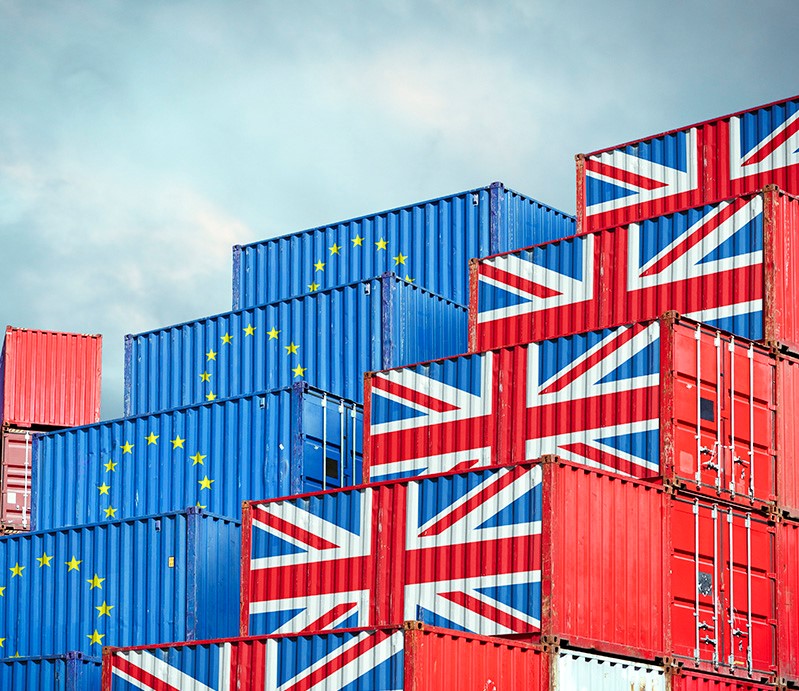 Unlike customs procedures, which the industry was prepared for, the rules of origin only became clear when the TCA was published on December 24, 2020.“We particularly highlighted the potential impact of the now agreed upon Rules of Origin on Irish bakers and consumers.”

Wheat must be of UK or EU origin
Under the new trade deal, a Great Britain, Northern Irish or EU-based bakery competitor – using the same specification flour but not facing the same tariff – will be at a significant competitive advantage selling their finished product in the marketplace, versus an Irish-based bakery.

“Under the Rules of Origin in the TCA, there is a requirement that the wheat used should be of UK or EU origin, with a maximum tolerance of 15 percent for grain from other countries such as Canada or US,” Food Drink Ireland (FDI) director Paul Kelly tells FoodIngredientsFirst.

“This is a significant problem for the Irish Bakery industry, which purchases flour from millers in Great Britain with a high proportion of third country wheat, mainly Canadian or US which is rarely below the 15 percent tolerance level.”

Unlike customs procedures, which the industry was prepared for, the rules of origin only became clear when the TCA was published on December 24, 2020 – leaving businesses with little time to prepare.

“It has been clear for some time that with Britain communicating its intention to leave the Single Market and the customs union, there would be trade barriers and costs associated with customs procedures,” Kelly notes.

“The Irish bakery industry prepared for Brexit on this basis. However it was unable to change its supply lines and for reasons of geography and lack of milling capacity in Ireland must continue to source British flour.”

“In order to avoid distortion of trade and negative impacts on Irish consumers we are seeking a derogation for the Irish bakery sector from this specific Rule of Origin in order to deliver a tariff-free solution and put the businesses on a level playing field with UK and EU bakery competitors,” says Kelly at FDI.

According to projections from the The Economic and Social Research Institute (ESRI), the full tariff per metric ton on imported flour would equate to a 9 percent consumer price increase in bread.

“There are potential solutions,” Alex Waugh, director of UK Flour Millers, tells FoodIngredientsFirst. “The most obvious would be a slight adjustment to the product specific rules of origin applying to wheat flour, so that it would be acceptable to make flour from third country grain where the originating grain would itself have been subject to the same tariff in both jurisdictions.”

“Elsewhere in the TCA, adjustments to Rules of Origin have been made where it is recognized that materials from third countries are an essential product component (such as batteries in electric cars), so this would not create a precedent within the agreement.”

“Importantly, as highlighted by FDI, it would benefit EU consumers who will bear the cost of the rule as it exists today,” he concludes.

Ireland has had no industrial milling options available since the closure of a number of mills in recent years.Acclimating to a new reality
Under the new Brexit trading rules, other critical exports – particularly seafood – remain constricted due to the new customs regulations that have come into effect. UK traders have previously expressed that it will take some weeks before the full impact of the nascent trade deal will come into clarity.

Kelly at FDI stresses that all these Brexit changes will continue to impose significant costs on F&B businesses. In talks with MPs, UK Food and Drink Federation (FDF) chief executive Ian Wright has echoed the sentiment that there will be both short and long-term costs to “re-engineering” supply chains.

Ireland now stands to receive over €1 billion (25 percent) from the EU Brexit fund this year.