You are in : All News > Preparing for no-deal Brexit is “devilishly difficult” and neither UK nor EU are ready, claims industry report

Preparing for no-deal Brexit is “devilishly difficult” and neither UK nor EU are ready, claims industry report

The unprecedented nature of Brexit means some aspects of a no-deal cannot be mitigated, notes the report 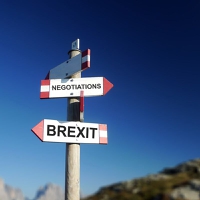 31 Jul 2019 --- A new report from the Confederation of British Industry (CBI), the UK’s largest business consortium, has issued 200 recommendations to help accelerate no-deal Brexit preparations. With the likelihood of a no-deal scenario increasing, the CBI has published practical steps the UK, EU and businesses can take to reduce the hardest-hitting effects. The report emphasizes that while many large firms have made the changes they need to in order to mitigate impacts, it is prohibitively expensive for many smaller companies to do so. It further highlights the potentially devastating short- and long-term effects of the situation.

Key industry players have been raising their concerns about the looming prospect of a no-deal for months. Earlier this month, the UK Food and Drink Federation (FDF) stated that it  “will inflict serious and – in some cases mortal – damage on UK food and drink.” FDF Chief Executive, Ian Wright, further highlighted that a no-deal Brexit would destroy the opportunities to make the country’s £4 billion (US$4.9 bn) food chain the most dynamic, sustainable and competitive in the world, as detailed in the industry's recently published “Plan for Success.”The EU lags behind the UK in seeking to prevent the worst effects of a no-deal.

And now recommendations from the CBI report, – What comes next? The business analysis of no-deal preparations – are based on a comprehensive study of existing plans laid out by the UK government, European Commission, member states and firms. The analysis asserts that neither side is ready for no-deal on October 31. While the UK’s preparations to date are welcome, the unprecedented nature of Brexit means some aspects cannot be mitigated.

In addition, the report highlights how – contrary to many claims – the EU lags behind the UK in seeking to prevent the worst effects of a no-deal scenario. And although businesses have already spent billions on contingency planning for no-deal, they remain hampered by unclear advice, timelines, cost and complexity

The business group is now using the report to urge the UK and EU to capitalize on the new political dynamic presented by UK  Prime Minister Boris Johnson to work toward agreement on a deal that would be a “catalyst for future growth and prosperity,” as well as step up no-deal preparations.

“Businesses are desperate to move beyond Brexit. They have huge belief in the UK and getting a deal will open many doors that have been closed by uncertainty. There is a fresh opportunity to show a new spirit of pragmatism and flexibility. Both sides are underprepared, so it’s in all our interests. It cannot be beyond the wit of the continent’s greatest negotiators to find a way through and agree a deal,” says Josh Hardie, Deputy-Director General of CBI.

“But until this becomes a reality, all must prepare to leave without one. It’s time to review outdated technical notices; launch an ambitious communications campaign for every firm in the country and rigorously test all government plans and IT systems,” he says.

The EU must come to the table and commit – at the very least – to matching the UK’s sensible mitigations, Hardie emphasizes. “Failure to do so will hurt all our economies. We can reduce but not remove the damage of no-deal.”

“It’s not just about queues at ports; the invisible impact of severing services trade overnight would harm firms across the country,” he adds.

“Preparing for no-deal is devilishly difficult. But it is right to prepare. The CBI will continue to support its members to get ready for no-deal, as it has been doing for over a year, but it will need all parties to raise their game,” he concludes.

Effects of no-deal would “ripple on for years”
In its report, the CBI highlights that should a no-deal occur, not only would the short-term shock be severe, but long-term impacts would “ripple” into the future.

“Queues at the UK border are inevitable, with the warnings of major supermarkets making clear the fears for food supply,” stresses Carolyn Fairbairn, CBI Director General. “Thousands of services firms will simply be legally unThere are concerns on how impacted the food and beverage industry, as well as agriculture, will be. able to fulfil their obligations to their customers across borders – though many large regulated companies have made the changes they need to in order to mitigate no-deal, it is prohibitively expensive for many small firms to do so.”

Meanwhile, a no-deal could potentially pose a series of disruptions to areas in commerce – from trucks crossing the Irish border to the free flow of data – which would be “mired in legal uncertainty,” according to Fairbairn. The International Monetary Fund (IMF) estimates that in the long-term, a no-deal could knock 8 percent off the level of UK GDP compared to remaining in the EU. Trade barriers will become permanent, removing a key to the UK’s attractiveness as a place to create jobs.

“These barriers will make queues at borders a regular occurrence and risk fragmentation of the UK’s leading services sectors,” Fairbairn asserts. “And we have to remember why a deal is important. In all the talk of backstops, Brexit bills and obscure sections of international law, it must not get lost why a deal with the EU adds to the UK’s strengths and is one of the building blocks to the prosperous UK we all want to see. It is not just today’s jobs that rely on a smooth withdrawal from and deep relationship with the EU, but the jobs of the decades ahead.”

Bracing for impact
The CBI report highlights that the UK has made many welcome proposals for reducing the impact of a no-deal. The Treasury has allocated £4 billion (US$4.8 billion) to prepare for negative impacts between 2016 and 2019/20; efforts to ensure the UK has a robust legal framework as it exits the EU have led to the laying of hundreds of Statutory Instruments; and government departments have published over 100 advisory statements for businesses, citizens, universities and local authorities.

However, not all of this advice has been communicated well, been understood or is yet trusted by business, underscores the CBI. Additionally, many of the government’s plans delay negative impacts but do not remove them, as it has tended towards prioritizing short-term stability and temporary measures, creating a gap for the long-term that feeds uncertainty.

The CBI report highlights that the EU, “by some way,” has taken fewer steps to reduce the damage of a no-deal than the UK has, having taken a “noticeably less generous, more limited” approach to reducing the disruption of no-deal, with only a small number of limited temporary measures made.