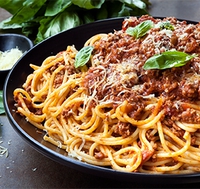 10 Oct 2018 --- New UK start-up food company, The Meatless Farm, has launched its first products in the UK. The 400g fresh mince and two pack 227g fresh burger patties, which, according to the company are lovingly made from plants, will be available exclusively in Sainsbury’s from mid-October. The move comes as the plant-based sector is thriving globally.

Vegan products are becoming much more mainstream, evidenced by a much higher prevalence of food companies moving straight beyond vegetarian to vegan. The plant-based food market is growing at double-digit rates and expected to reach US$5.2 billion worldwide by 2020.

The trend in plant-based foods is not slowing down either. A CAGR in products featuring the plant-based claims such as “plant-based” and “100 percent plant,” has been 60 percent from 2012-2016.

Made in the UK and ideal for everyday cooking, The Meatless Farm has created plant-based mince and burgers that are promoted as "meat-free, not taste-free."

Morten Toft Bech, Founder of The Meatless Farm, says: “We have spent the past two years developing a product that is delicious and unique in its category. We are entering the market at a time when demand is growing and meat-free alternatives are becoming increasingly mainstream. We champion texture and taste, offering an everyday solution for the UK’s 22 million flexitarians who want to enjoy favorite family dishes still but eat a little less meat, alongside catering for vegetarians and vegans who are looking for tasty alternatives.”

The Meatless Farm Co. is investing in a significant national marketing program and working in partnership with Sainsbury’s to drive consumer awareness and trial. Research has shown that women and millennials are driving the demand for meat-free and The Meatless Farm believes that its products will help meet demand and offer the retail sector a brand which stands out from the competition. In addition to being high in protein, just like meat, the mince and burgers are competitively priced against their meat counterparts, offering the trade a credible and desirable choice for meat-free sales in-store.

There is a global shift in the way people eat and the alternative meat market is expected to be worth billions by 2020, according to the company. The Meatless Farm wants to lead this change, become a household name and brand leader in plant-based proteins and drive sales value for their retail partners.

FoodIngredientsFirst has reached out to the company for further details.

Sainsbury’s has been highly active in expanding its meat-free portfolio recently. Last week, FoodIngredientsFirst reported that Vivera launched its latest breakthrough in plant-based hamburgers, with the product making its debut in Sainsbury's last weekend.

You can read more on this here.

The Meatless Farm Co launches into wholesale market with Brakes

03 Sep 2019 --- UK plant-based firm, The Meatless Farm Co, is continuing to expand with a new Brakes listing from this month. This follows a series of successful UK and... Read More

Transatlantic expansion: The Meatless Farm Co to rollout vegan patties and ground mince in the US

25 Jun 2019 --- UK plant-based firm, The Meatless Farm Co, will see its ground mince and burger patties stocked in Whole Foods Market stores across the US, effective this summer.... Read More

24 Oct 2018 --- This week, UK based start-up food company, The Meatless Farm Co., made its global debut at the SIAL trade show in Paris. The company is currently showcasing... Read More