You are in : All News > Orkla Signs Agreement with Renaissance BioScience Corp. for Acrylamide-Reducing Yeast Technology 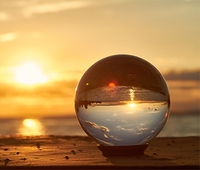 23 May 2017 --- Orkla Food Ingredients, a business area of Orkla ASA has signed a licence agreement with Renaissance BioScience Corp. to exclusively produce and sell Renaissance acrylamide-reducing yeast to food manufacturers in the European Nordic and Baltic markets, starting in third quarter 2017.

Svensson told FoodIngredientsFirst: “The need for acrylamide reduction is not only related to our product, but is in fact a consequence of findings over the last decade that acrylamide is formed naturally in a wide variety of foods, particularly those high in carbohydrates, when they are cooked (baked/toasted/fried) at temperatures above 120°C.”

“The acrylamide content varies somewhat within categories of food, and bread is considered to be a source of about one third of people’s dietary intake of acrylamide, which makes acrylamide-reducing yeast very relevant in reducing the content of acrylamide in food,” he explains.

“Acrylow is a specialty yeast with a naturally enhanced ability to consume asparagine, the precursor amino acid that transforms into acrylamide through the application of heat. Both Orkla and Renaissance believe this solution will be readily adopted by food manufacturers given it has recently attained GRAS status, the same as conventional yeast, a tried and trusted ingredient throughout the industry,” Svensson continues. “Acrylow is an all-natural, non-GMO product based on a specific yeast strain.”

“At Orkla, we take the acrylamide issue seriously and are doing what we can to reduce the content of acrylamide in relevant products,” he adds. “Renaissance’s acrylamide-reducing yeast has shown promising results in baked goods trials, and Orkla is pleased to be working with Renaissance to make this valuable advance in food safety available to food manufacturers, in order to reduce acrylamide in industrially produced food.”

Dr. Cormac O’Cleirigh, Chief Business Development Officer at Renaissance BioScience comments: “Orkla is the market leader in the Nordics and Baltics, and we’re pleased to be working with a partner that sees the importance of reducing acrylamide in the food supply. This is a key region for the introduction of our acrylamide-reducing yeast, given that it is where the presence of acrylamide has the highest level of consumer awareness.”

Renaissance’s acrylamide-reducing yeast has shown promising results in large-scale industrial trials in baked goods and snack foods, as well as in lab scale tests in fries and coffee. This yeast was granted GRAS status by the US FDA in 2016 — the same status as conventional baker’s and brewer’s yeasts. It is patent pending and was developed using classical non-GMO techniques. Renaissance is currently working with Orkla on final product development and commercial rollout.

Acrylamide’s status as a potential carcinogen found across a wide range of food products has placed it at the center of regulatory discussion aiming to restrict... Read More

This week in industry news, US ice cream and frozen treat brand Wells Enterprises signed a purchase agreement with Eden Creamery to acquire the Halo Top brand, a... Read More

This week in industry news, global meal kit delivery service HelloFresh announced the introduction of the Beyond Burger from Beyond Meat, a market leader in the... Read More