You are in : All News > Not so vanilla? Nestlé defends infant formula marketing in wake of critical report

Not so vanilla? Nestlé defends infant formula marketing in wake of critical report 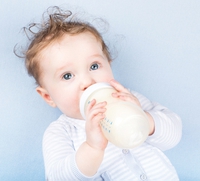 09 Apr 2019 --- Current infant nutrition market leader Nestlé is facing some stark criticism from Changing Markets Foundation (CMF), which slams the conglomerate for using science as “merely a marketing tool to boost sales of its infant nutrition portfolio.” The environmental and social NGO is calling on Nestlé to step up in the breast milk substitute space following the publication of a report which alleges that so far Nestlé has failed to fulfill its previous commitments to making changes to its infant formula ranges. These include removing sucrose and vanilla compounds from all its products for babies aged under 12 months and removing contradictory nutritional advice on sucrose and vanilla flavorings.

Nestlé has hit back by saying that its promotional activities and products are in line with local regulations and standards, while insisting, in a statement sent to FoodIngredientsFirst, that “breast milk is the best nutritional choice for an infant and that breastfeeding plays a fundamental role in a baby’s growth and development during the first 1000 days.”

The CMF report – Based on science? Revisiting Nestlé’s infant milk products and claims – states that it has uncovered “concrete inconsistencies in Nestlé’s product range, highlighting instances in which its products contradicted its nutritional advice in relation to sucrose and vanilla flavorings.”

The report, published this week, revisits Nestlé’s infant milk products and claims, one year after the publication of Busting the myth of science-based formula.

In this 2018 report, which investigated the general, nutrition and health claims on infant milk products for babies under 12 months old sold by the Swiss conglomerate, CMF alleged that Nestlé displayed “inconsistent behavior” across over 70 products sold in 40 countries in terms of the listed benefits and ingredients in infant nutrition product, as well as products carrying claims of “questionable credibility.”

In response to the comments made in the 2018 report, Nestle said that its products statements are compliant with local regulatory requirements.

“In 2015, Nestlé adopted its Maternity Protection Policy. It aligns with the ILO’s Maternity Protection Convention and offers new mothers up to six months maternity leave and access to 425 breastfeeding rooms across our work facilities worldwide,” a Nestlé spokesperson tells FoodIngredientsFirst.

“In China in particular, we have collaborated with public and private organizations in opening 3,297 breastfeeding rooms. This is an important expression of our global commitment to support breastfeeding, which we also protect by implementing a leading policy to market breast milk substitutes (BMS) responsibly.”

“As mentioned to CMF, on June 18, 2018 that even though vanillin flavourings in follow-on formula (for infants from six to 12 months) are allowed by CODEX and local regulations, we have voluntarily decided to remove them from the few recipes that still contain. We are in the process of finding alternatives,” the spokesperson continues. “We are also removing vanillin claims in new labels.”

“We do not use any statements that idealize our products or imply that they are superior to or equivalent to breast milk on our infant formula labels or communications materials. Infant formulas have evolved and are compositionally closer to human milk than unmodified cow’s milk. As such, we communicate that products are ‘inspired by breast milk.’ For infants who cannot be fed on breast milk as recommended, infant formula is recognized by WHO as the only suitable breast milk substitute.”

Launched in partnership with SumOfUs, and based on research by Hong Kong NGO Globalization Monitor, the latest CMF report finds that Nestlé has so far “failed to fulfill two out of these three commitments.”

The involved researchers reportedly also found that Nestlé continues to draw comparisons between its products and human milk, which is prohibited by the WHO Marketing Code and problematic from the perspective of company’s scientific credibility, as formula can never be close to breast milk.

The report also looks at the premiumization of its products and pricing strategies by Nestlé, especially in the highly lucrative Asian market, where CMF has previously identified some of the most expensive infant formula products.

Feeding a two–three-month-old baby for one month with the most expensive Nestlé formula in Hong Kong would cost a family approximately 3.6 times more than feeding a child with its most expensive formula in the UK. This premiumization happens despite the advice of nutritional and health experts (such as the NHS and UNICEF) that more expensive products have no proven nutritional benefits.

“While sucrose seems to have been removed from products, vanilla flavorings remain in the same products in China and Hong Kong together with the advice (on different products) that it is healthier for babies not to consume vanilla flavorings,” the report reads. “We have also found examples where Nestlé continues to compare its products to human milk. This is in breach of the WHO Marketing Code and subsequent resolutions, and is problematic from the perspective of Nestlé’s scientific credibility, as there is a clear scientific consensus that formula can never be close to breast milk.”

On this point, the Nestlé spokesperson points out that the company’s promotional activities of growing up milks are allowed by the Hong Kong national law and its own policy.

“Furthermore, pricing is determined by many factors including import duties, local taxes, costs of production and distribution and trade margins,” the spokesperson concludes.

01 Feb 2021 --- Chocolate is no longer just a sweet treat, with the ingredient now appearing in applications from meat and bread to alcoholic beverages. The COVID-19 pandemic has... Read More