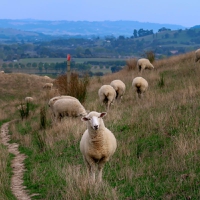 03 Oct 2022 --- New Zealand will stop all livestock transport by sea on April 30, next year. The nation’s government hails the move as a measure to safeguard the health of both domestic animals and sailors, after 41 persons – including 2 citizens – and 6,000 cows drowned in 2020 during a fatal typhoon.

“It protects the reputation of not just our farmers now, but the farmers of the future,” says Damien O’Conner, agriculture minister of New Zealand.

Sudden move
Opposition heads and farmer groups consider the move untimely, asserting that in-between steps – such as improving animal conditions on sheep or limits on the amounts transported – could have been taken before an outright ban.

On top of this, meat producers have been weathering another type of storm – in the form of inflationary headwinds.

“As New Zealanders grapple with a cost of living crisis made worse by the Labour Government, today’s decision signals more economic pain for farmers and consumers,” says Nicola Grigg, spokesperson of the National Party, which opposes the measure.

The ship Gulf Livestock 1, which sank near Japan in 2020. (Credits: Bahnfrend).Food inflation in the country reached 8.3% this August, with meat and fish prices being up 7.6%.

Grigg highlights how measures like vet and stock handler training, more robust reporting on animal welfare, exporter licensing and importer quality assurance programs could have been introduced before the ban.

“New Zealand’s remoteness means animals are at sea for extended periods, heightening their susceptibility to heat stress and other welfare-associated risks,” O’Connor says.

“Despite any regulatory measures we could put in place, the voyage times and the journey through the tropics to the northern hemisphere markets will always impose challenges,” the agriculture minister highlights.

2020 tragedy
Animal transport can be a dangerous endeavor, earlier this year, over 15,000 sheep drowned in a ship off the coast of Sudan.

Each year millions of animals are transported by sea; as ships get bigger, they are also safer against weather events; however, when tragedy occurs, thousands of animals are lost.