You are in : All News > New take on texture: Researchers delve into microscopic factors influencing mouthfeel

06 Dec 2021 --- Researchers from Denmark and Germany are exploring how the microscopic structure and changes in the shape of food affect its mouthfeel experience. The scientists conducted a series of experiments relating food microstructure and rheology – the study of how soft solids and some liquids deform – to texture.

In the peer-reviewed journal Physics of Fluids, they used coherent anti-Stokes Raman scattering (CARS) microscopy to correlate the molecular makeup of the fat in foods with the rheological and mechanical properties of the food.

The foods in question were foie gras and pâté.

“Using soft matter physics tools and models, we connected structural information in the food across length scales,” says author Thomas Vilgis. “We joined microscopy and rheology to understand the mouthfeel of food from a gastrophysical standpoint.”

Both deriving from duck livers, the two dishes are similar enough in overall structure, and their differing fat distribution provided a window into how fat affects texture.

“There are other different interesting aspects that can be targeted to create new products with the same features as these products,” comments author Mathias Clausen.

“Can we create foie gras-like textures without animal cruelty? Can we create melting and creamy texture from different fat sources?” 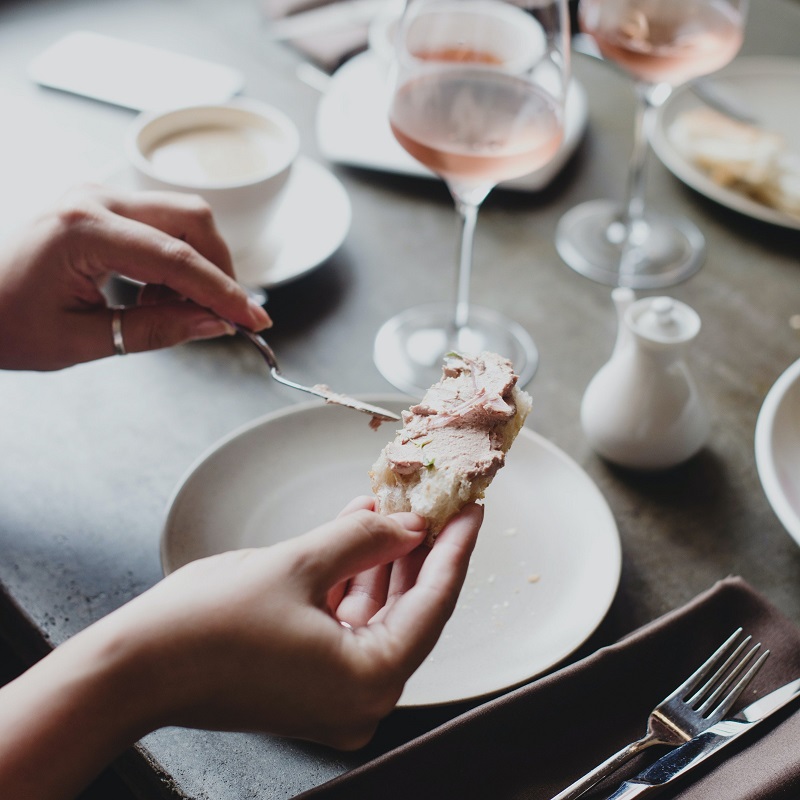 Clausen hopes their research stokes further interest in investigating which microscopic features of foods can be tweaked.The microcosm in texture
CARS microscopy uses lasers to vibrate chemical bonds in foods to tunable frequencies, causing them to emit light. The technique has been used for decades in other fields but, so far, has received relatively little use in food science.

The fat in foie gras was found to have arranged into an “irregularly shaped, weakly linked fat network” embedded in a protein matrix, which made its mouthfeel harder, more brittle and more elastic than pâté’s.

Meanwhile, a greater number of rounder and smoother fat particles and a lack of an interconnected network were responsible for the pâté’s softer texture.

Clausen hopes their research stokes further interest in investigating which microscopic features of foods can be tweaked.

The group is looking to study other components of foods with advanced microscopy, such as protein arrangement, and see if they can use their findings to create foods that mimic the texture of foie gras.

Earlier this month, Limagrain Ingredients unveiled its range of extruded pulses, Pep’s Balls, to keep up with the market demand for plant-based ingredients that satisfy evolving consumer taste requirements.

In other developments, Loryma unveiled its new portfolio of textured vegetable protein, which comprises six basic types of textures. While serving as a structure-giving protein base, they also give meat alternatives “an authentic mouthfeel,” according to the company.

Merit Functional Foods has revealed its high-protein new pea ingredient with a grit-free texture and without the sedimentation with formulations in proteinous... Read More