You are in : All News > Nestle Examining Offer for Mead Johnson, Claims Report 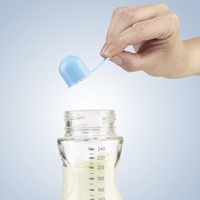 19 Jan 2017 --- Nestlé is gearing up to bid for US infant formula and vitamin maker Mead Johnson, according to a report. There has been speculation that Mead Johnson, which makes Enfamil baby formula, could be a target for Nestlé for some time, as it would help it grow in Latin America and Asia.

The report of the possible bid, reported in US title StreetInsider.com, can’t be independently confirmed.

Nestlé and Mead Johnson did not respond to a request for comment from FoodIngredientsFirst.

The report claims that Credit Suisse is advising on the potential deal, which could be announced as early as March this year. It cites its source as an individual close to the deal.

Mead Johnson has an enterprise value of roughly $14.5 billion but it is unclear about the value of such a bid.

Mead Johnson, which was spun out of the pharmaceutical company Bristol-Myers Squibb in 2009, had previously been a target for Danone.

Mead Johnson, which makes over $4bn in annual sales, sells its products in North America, Europe, Latin America and Asia.

The global retail market for infant formula is expected to reach over $80 billion by 2018. Nestlé, Mead Johnson and Danone are the three biggest players in the category.

The appointment led to speculation that Nestlé could pursue acquisitions in nutrition and medical foods and shift away from its traditional food and beverage business.

15 Mar 2021 --- The Board of Danone is initiating key governance changes, which sees Emmanuel Faber step down as the chairman and CEO. Gilles Schnepp has been appointed as chairman... Read More

01 Mar 2021 --- Danone is preparing to sell its stake in the Chinese dairy group Mengniu Dairy Company Limited. The French dairy giant has moved toward disposing of its stake as... Read More

22 Feb 2021 --- Danone and Earth Island, maker of Follow Your Heart brands, have entered into a share purchase agreement under which Danone will acquire 100 percent of Earth Island... Read More