You are in : All News > Motif Ingredients rebrand: US$27.5m raised to fuel animal-free ingredients R&D

Animal-free is no passing fad, according to the group’s CEO 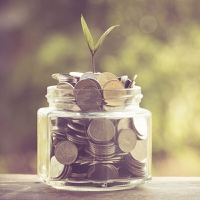 16 Aug 2019 --- Ingredients innovation company Motif Ingredients has landed US$27.5 million in funding to fuel animal-free ingredients R&D. The company also revealed a brand identity overhaul and name, Motif FoodWorks, and announced a number of additions to its leadership team. The capital raise – led by global growth equity firm General Atlantic with participation from CPT Capital – and expanded team strategically position Motif FoodWorks to fulfill its aspiration to extend the realm of what’s possible with animal-free ingredients. This ranges from meat alternatives to dairy actives and protein enablement.

The importance of innovation in the animal-free and plant-based space is becoming increasingly urgent. The UN Intergovernmental Panel on Climate Change (IPCC) ’s latest Special Report on Climate Change and Land highlighted that a third of food produced is lost or wasted, and that plant-based food could be key to the climate change fight. The report and the ensuing support it garnered underlines the importance of industry engagement with plant-based innovation.

Motif’s motto reads, “helping to make better food experiences more nutritious and more accessible,” and it shares on its website that animal-free, ethical-produced alternatives are at the heart of changing consumer values. This illustrates its pioneering efforts in the discovery of better ingredients that improve human health and animal welfare, while reducing the environmental impact of animal agriculture.

With the new funding, Motif plans to add to and accelerate its product pipeline; expand academic collaborations across a broad set of molecular food science disciplines; scale its science and regulatory staff; and deepen its research and development efforts as the company works to unlock the secrets of food and help innovators meet consumer demand for responsibly produced foods.Pioneering new ground in dairy-free proteins with established nutritional benefits is one focus of the company.

“Since launching the company, we’ve seen an incredible response from the industry; it’s clear that the movement towards animal-free is no passing fad. Food leaders know that to get it right, however, there can be no compromise between taste and values,” says Jon McIntyre, CEO of Motif. “Our team of experienced scientists and passionate food lovers are working relentlessly to ensure our products – as well as our brand – deliver on that exciting and critical challenge.”

Motif FoodWorks’ new brand better aims to reflect the company’s “unique value proposition, broad appeal and deep roots in the food industry.” The new name also recognizes its technology partnership with Ginkgo Bioworks, a bioengineering platform, which enhances Motif’s ambition to reshape the landscape of food through science and technology.

As Motif enters its next phase of growth, the expansion of the executive and business development team underscores the company’s commitment to driving unprecedented R&D and product development.

Motif has added three new senior management positions to its leadership team: Janet Collins joins as Head of Regulatory, Government and Industry Affairs, Julie Post-Smith as Director of Business Development and Morgan Keim as Business Development Manager. The company also announced that Peter Lafer, a Vice President at General Atlantic focused on life sciences investments in the firm’s global Healthcare sector, will join its Board as an observer.

FoodIngredientsFirst has reached out to the company for further comment.

Start-ups engaging with animal-free innovation have attracted a large amount of funding in recent times.

US start-up Sustainable Bioproducts (SBP), has unveiled pioneering plans to revolutionize the alternative protein market with its breakthrough biotechnology, which was injected with US$33 million worth of funds in series A capital round. Backed by investment from the likes of Archer Daniels Midland (ADM) and Danone, SBP is developing a new way to grow edible protein, emerging out of fundamental research into extremophile organisms that live in Yellowstone National Park’s volcanic springs. This has led to the development of an innovative fermentation technology, which can grow protein with great nutritional value and minimal impact on the environment.

Innova Market Insights data also supports the reality of plant-based growth. It notes that there has been a 45 percent average annual growth of food and beverage launches with a vegan positioning (CAGR, 2013-2017). These products increased their market penetration in Europe from 1.5 percent in 2013 to 7 percent in 2017.

Within the vegan meat space, trends were also highlighted in a 2018 Innova Market Insights consumer survey which showed one in five US consumers “have eaten less meat across the past year.” Meat substitutes accounted for 14 percent of global meat launches in the first nine months of 2018, up from six percent in 2013, the market researcher reports.

The pervasive nature of plant-based offerings in the food and beverage market are proven again and again, as start-ups in the space hit the headlines and attract top-line investment.