You are in : All News > Morrisons unveils zero-carbon egg range from hens fed on insects 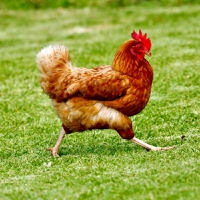 03 Aug 2022 --- A new insect-based diet on chicken farms is being showcased by UK supermarket chain Morrisons as the way to achieve carbon-neutral eggs by the end of 2022. The company expects to vastly reduce its use of soya feed, which accounts for 10% to 20% of hens’ regular diets and is a major contributor to carbon emissions.

The company will try the new soya reduction tactic at ten of its farms.

“Reducing soya from livestock feed is one of the key challenges for farms needing to lower their carbon footprint and we wanted to help find a solution. An insect diet could suit our hens better – they seem to enjoy it – and the nutritional and added health benefits are notable,” says Sophie Throup, head of agriculture at Morrisons.

Circular zero-waste
Morrisons will feed its insects with its fruit and vegetables food waste, creating a circular feeding scheme. According to the business, over 30 metric tons of fruit and vegetable waste will be recycled weekly.

The company underscores that finding a home for its waste might be the future of egg farming.

“Reducing soya and feeding insects food waste on these ten farms alone is expected to save 56 hectares of South American land from deforestation every year, where half of the world’s soybean is currently farmed. It will also reduce CO² emissions by 5,737 metric tons and save 40 billion liters of water annually,” explains the business.

The company highlights that up to 70% of its supply chain’s emissions are attributed to feed. 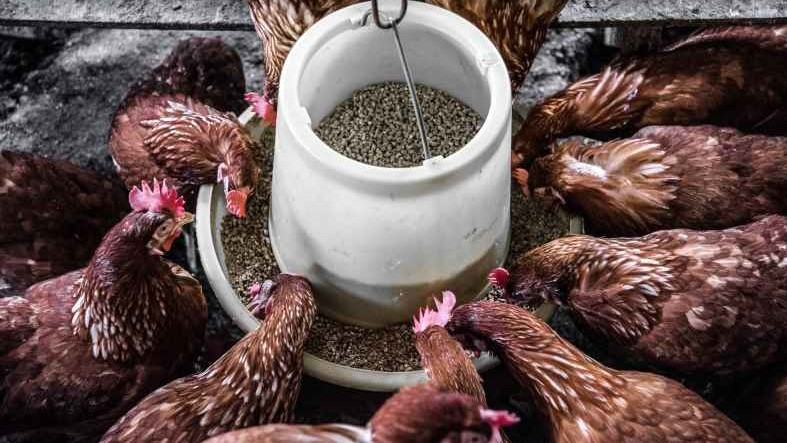 The company highlights that up to 70% of its UK’s supply chain’s emissions are attributed to feed.Insect solution
Better Origin will provide Morrisons with the insects they need by selling the supermarket chain cargo-ship-like containers full of insect larvae.

According to Morrisons, the insects can grow to 5,000 times their initial body mass in less than 14 days.

This goes in line with studies by the Universities of Bristol and Turin, who, according to Morrisons, have found that insect feed aids in improving bird health and welfare – being nutritious and rich in essential amino acids.

Morrisons plans to be supplied entirely by net zero British farms by 2030.

Green initiatives
This July, Morrisons opened a lower environmental impact store that they platformed as almost waste-free and 43% less carbon-intensive. The store will also use less packaging and enable consumers to return the waste to the supermarket.

Earlier this year, in a food waste reduction effort, the company removed its “use by” dates on 90% of its brand milk, encouraging customers to do a “sniff test” to know if its milk has gone bad.

Similarly, this week, UK supermarket Waitrose & Partners removed its “best before” dates on nearly 500 fresh products, which include root vegetables, fruits and citrus.

PepsiCo is on track to elevate its supply chain in Europe and collaborate with start-ups to pilot new technologies which will boost environmentally sustainable solutions.