You are in : All News > Mondelez names new CEO as Rosenfeld retires amid strong Q2 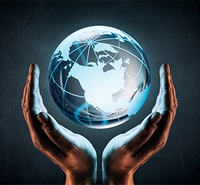 03 Aug 2017 --- The current chief executive of Canadian frozen foods maker McCain Foods, Dirk Van de Put, is to succeed Irene Rosenfeld as the new Mondelez chief executive, as she steps down following a long-term association with the confectionery giant. Filling her shoes in November, Van de Put will be taking over during a time when big food brands are struggling, as global consumers seek healthier options and move away from high fat, high sugar foods, snacks and treats as well as packaged foods.

In a statement announcing her departure, Rosenfeld hints at the changes the industry is going through and how she has guided the company through a series of challenges.

“I am very proud of what our 90,000 colleagues at Mondelez International have accomplished,” she says.

“Throughout my tenure as CEO, the world and our industry have undergone a period of unprecedented change. During that time, we anticipated emerging challenges, adapted accordingly and created significant value for our shareholders.”

“The outlook is bright for this great company – one of the few that has consistently delivered on both the top and bottom lines, while making critical investments for future growth.”

As news of Rosenfeld’s departure rippled through Wall Street, Mondelez shares showed a spike on Wednesday, going up 2.5 percent at US$44.70.

On the same day, Mondelez International reported its Q2 results and increases in its quarterly dividend. While confirming that its sales in the first half of this year have been impacted by the international cyber-attacks in June – which affected major shipping lines like Maersk, hampering its shipments.

“We delivered strong margin expansion and double-digit EPS growth in the quarter despite the revenue impact from the malware incident at the end of June,” adds Rosenfeld. “We're seeing improved trends in Europe and across many of our emerging markets, and our North America business is on track for a stronger second half. In addition, as a result of our improving free cash flow outlook, we're increasing our dividend payout.”

Rosenfeld’s tenure
Having been associated with the company for more than 11 years, Rosenfeld was initially the CEO of Kraft before becoming CEO of Mondelez, following the 2012 spin off.

She will continue as chairman of the board until March 31, 2018, when she retires and Van de Put will assume the role of chairman and CEO.

“The Board and I are confident that Dirk Van de Put is the right leader to take us forward. He is a seasoned global CEO, having lived and worked on three different continents, with deep experience and expertise in all critical business and commercial operations in both emerging and developed markets,” adds Rosenfeld.

“Throughout his career, Dirk has had a proven track record of driving top-line and category growth, while at the same time improving cost structures and profitability. And he has achieved these results with a values-based leadership style and steadfast focus on people.”

Van de Put brings nearly 30 years of experience in the food and consumer package industry to this new leadership role. He joins Mondelez International from McCain Foods, a $9.1 billion CAD (US$7.3 billion) privately held Canadian company that is the largest marketer and manufacturer of frozen french fries, potato specialties and appetizers with sales in more than 160 countries.

During his six-year tenure as CEO, he grew net sales by more than 50 percent, generating more than 75 percent of that growth being organic, with EBITDA growing double-digits each of the last six years.

“Our thorough, multi-year succession process has identified Dirk as the right leader with a distinct combination of skills and industry experience necessary to succeed as our next CEO. Our process was global in nature and thoroughly considered numerous highly talented internal and external candidates before making our final decision.”

Thanking Irene for her vision and leadership, Ketchum added: “Over the past decade, she changed the face, footprint and growth prospects of Kraft Foods and then created Mondelez International, by reinvigorating the company's iconic brands, transforming the portfolio, strengthening the company's presence in emerging markets and aggressively improving margins.”

“Under her stewardship, Mondelez International has become the leading global snacking company, delivering tremendous value to shareholders. We are extremely grateful for her leadership and for agreeing to stay on as Chairman through the first quarter of next year, to ensure a smooth and seamless transition.”

Mondelez is going through a plan to save around US$3billion in costs by the end of next year, through a series of measures, which include launching more efficient manufacturing sites and zero-based budgeting, a method of budgeting in which all expenses must be justified for each new period.

Each year, food brands summon up a host of novelty offerings in the festive Halloween spirit. This year’s rollouts of NPD include blood curdling ketchup, zombie... Read More

Symrise has unveiled its financial data for the third quarter of the year, revealing a “much stronger than expected” organic growth across sections driven by... Read More

A new low-sugar milk chocolate by Valio and created using AI-design features has been unveiled. With the help of hundreds of insights from chocolate lovers around the... Read More