You are in : All News > McDonald’s pulls out of Russia after three decades

McDonald’s pulls out of Russia after three decades 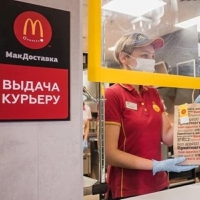 17 May 2022 --- McDonald’s will be closing its doors after more than 30 years of operations in Russia. The move further isolates the country from international brands, which continue a mass exodus amid the Russian invasion of Ukraine.

To cut its losses, the company will write off a charge of US$1.4 billion to cover the exit move.

“Some might argue that providing access to food and continuing to employ tens of thousands of ordinary citizens, is surely the right thing to do. But it is impossible to ignore the humanitarian crisis caused by the war in Ukraine,” says Chris Kempczinski, CEO of McDonald’s.

“This is a complicated issue that’s without precedent and with profound consequences.”

The company’s CEO asked himself five questions: if it was legal for them to operate in Russia, if they could operate with freedom unimpeded, if they could meet customers’ demands, if it was enhancing the McDonald’s brand and whether it made sense in a business context.

“Unfortunately, the answer to each of these questions is currently no, and I don’t see that changing for the foreseeable future.” 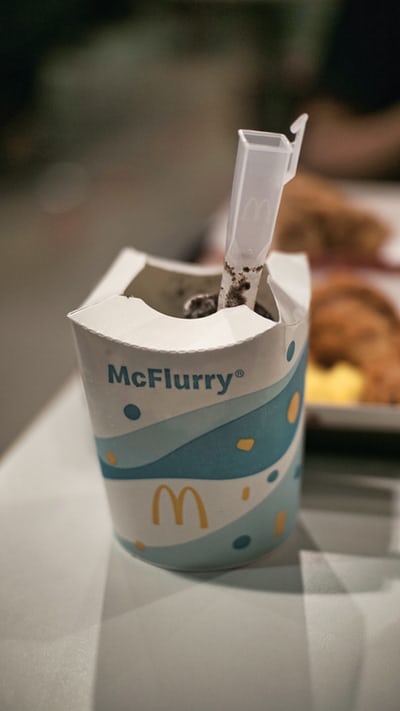 McDonald’s has 62,000 workers, 850 restaurants and hundreds of suppliers in Russia.62,000 workers – 850 restaurants
McDonald’s is looking to sell its portfolio of outlets to a local Russian buyer, who would buy the locations, but not use the golden arches company trademarks. No buyers have currently been disclosed.

McDonald’s Russia says its priorities are to ensure employees continue to be paid until the close of a transaction, when they can find employment with potential buyers. This exit will also entail uncertainty for the hundreds of suppliers who partner with McDonald’s.

In Ukraine, the US business will continue to pay full salaries to its employees, with stores remaining closed.

Even considering the closing of the restaurants in Russia, McDonald’s expects to add 450 additional locations worldwide in 2022.

Some agri-food corporations stay – War and peace options?
Despite governments’ drastic sanctions and divestments, some businesses are choosing to stay in Russia not to harm further innocent people who have little to no impact on the war and with those in power.

Some West bloc players such as Lactalis, Agrana and Mondi are not leaving the country; others like ADM, Cargill and Barry Callebaut, are scaling down nonessential operations and halting investments.

The director of the Ukrainian National Agrarian Forum (UNAF), Mariia Didukh, expresses the opposite point of view: “We urgently appeal to you with a request to stop the supply of your products to the Russian Federation as well as services until the Russian Federation fully withdraws its troops from Ukraine and fully compensates for the terrible damage caused to Ukraine,” she states.

“We are confident that such actions will help Russians understand the consequences of Putin’s crimes and will contribute to the end of the war.” The fast food company has had a restaurant open in Russia since 1990 (Credit: McDonald's).
Kempczinski, in a note sent to employees and suppliers, evokes the difference in tone and promise when comparing today’s exit with the entry of McDonald’s in Russia 32 years ago, with a still integrated USSR.

“Our presence in Russia inspired adages that went beyond our food – from “burger diplomacy” to a “McDonald’s peace theory” – and embodied the greater purpose and impact that brands like ours can have in the world.”

Alluding to the theory that intertwined economies are more reluctant to engage in conflict, Kempczinski says that McDonald’s in Russia embodied the very notion of glasnost – a Soviet policy offering open discussion of political and social issues. This – together with perestroika, another Gorbachev-era policy of economic reform – allowed the Big Mac to arrive in Moscow.

“McDonald’s in Russia embodied the very notion of glasnost and took on outsized significance. 14 years of negotiations culminated in the glorious day in January of 1990 when the first McDonald’s opened to so much hope and excitement in Pushkin Square,” says Kempczinski.

“After nearly half a century of Cold War animosity, the image of the Golden Arches shining above Pushkin Square heralded for many, on both sides of the Iron Curtain, the beginning of a new era.”

However, times have changed, Kempczinski concedes. “It is impossible to imagine the Golden Arches representing the same hope and promise that led us to enter the Russian market 32 years ago.”

The efforts to free up 20 million metric tons of grain trapped in Ukrainian silos continue, as a delegation from the EU Committee on Agriculture and Rural Development is... Read More