You are in : All News > “Irresponsible and immoral”: Marketing of high sugar and salt children’s cereals comes under attack in UK

“Irresponsible and immoral”: Marketing of high sugar and salt children’s cereals comes under attack in UK

26 Feb 2019 --- A new UK-based survey into the sugar and salt content of breakfast cereals aimed towards children claims that many products have “alarmingly high” levels. This is at odds with the UK Government’s daily intake recommendations and contradicts public health messages about reducing sugar to tackle childhood obesity, according to the campaign group Action on Sugar/Salt. The group is also calling for a ban on packaging for unhealthy cereals products that may appeal to children.

Speaking with FoodIngredientsFirst, Registered Nutritionist Kawther Hashem, Campaign Lead at Action on Sugar says: “It’s imperative that we have mandated targets for salt and sugar, particularly given the slow response by certain food manufacturers to the current voluntary programs.” 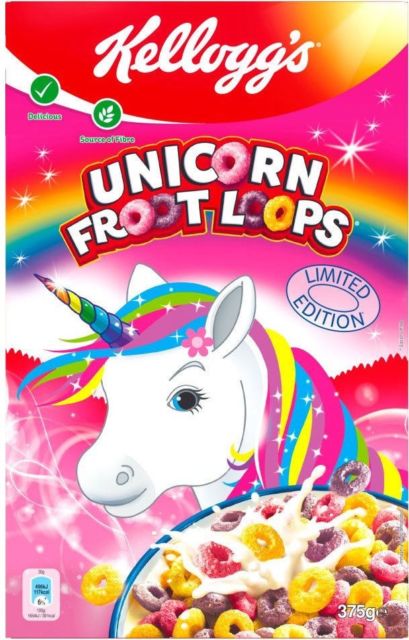 Kellogg's Unicorn Froot Loops contain 1.13 percent salt “Furthermore, all breakfast cereal products should have the color-coded front of pack labeling to make it easy for parents to see whether the products are high in fat, salt and sugar,” says Kashem.

“Unhealthy food – that is, foods that are high in salt, sugar and calories – is now the major cause of death and disability in the UK. Salt leads to raised blood pressure, which is the biggest cause of strokes and heart disease. Too much sugar and too many calories can lead to obesity, Type 2 diabetes and cancer. Surely it’s immoral to peddle such unhealthy products to children?” she says.

Graham MacGregor, Professor of Cardiovascular Medicine at Queen Mary University of London and Chairman of Action on Sugar and Action on Salt adds that making packaging of unhealthy products, such as high sugar/salt breakfast cereals, appealing to children is  “completely irresponsible.” He stresses that “it is immoral that breakfast cereals companies can get away with on-pack designs that may appeal to children such as cartoons and bright colors.”

“It is about time that we made it easier for parents and only allow those cereals which carry a green label to be allowed to feature cartoons on packaging which may appeal to children,” he says. “In our view, the Government needs to ban use of such packaging on unhealthy products.”

Action on Sugar and Action on Salt, based at Queen Mary University of London, analyzed breakfast cereal products with this type of packaging. The survey has been released as part of the first annual State of Food report, The Broken Plate by The Food Foundation.

The data showed that 49 percent of products surveyed (38 out of 77) received a red label for their high sugar content (per 100g) – despite Public Health England’s (PHE) Sugar Reduction Program target for manufacturers to reduce sugar by 20 percent in popular products, including cereals, by 2020.

Of the remaining products, 48 percent of products (37 of 77) received amber labels and only two received a green label for being low in sugar.

According to the analysis, for the products that are high in sugar, a single serving − based on their recommended portion size (30g) − would make up more than a third of a child’s maximum sugar allowance (19g). However, many children eat much more than a 30g portion at a time.

This latest survey closely follows a Food Research Collaboration Centre for Food Policy report last week that poses the question “Could Brexit present an opportunity for UK to cut sugar consumption?” The study points to industry’s role in curbing intake and how achieving sugar consumption reductions will not be achieved by edicts but by new agriculture and trade policies that cut sugar supply as well as demand. 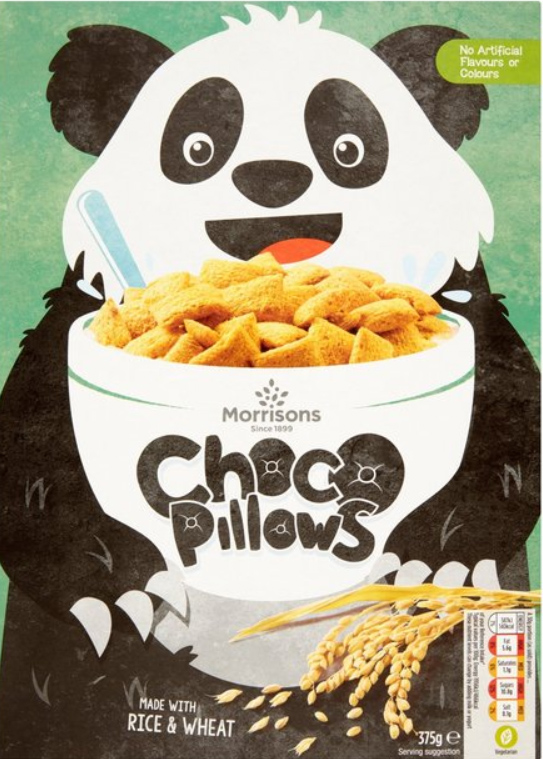 In response to the survey, a Kellogg’s company spokesperson tells FoodIngredientsFirst: “We know people want us to help them make healthier choices in the morning and that’s why we’ve been working hard to overhaul our breakfast cereals.”

“Over the last 19 years, we’ve reduced salt in our cereals by 58 percent and in the last year we’ve slashed sugar in some of our bestselling brands, like taking 40 percent of the sugar out of Coco Pops. We’re also helping people to better understand what’s in our food by putting traffic light labeling on our breakfast cereal packs,” the spokesperson claims.

There were only two products with green labels for both sugar and salt in packaging that may appeal to children: Sainsbury's Puffed Wheat and Morrisons Super Smooth Porridge.

When FoodIngredientsFirst asked Morrison’s for its reaction to the survey, a spokesperson said: “We will shortly be taking out any kids cereal products that have a red sugar rating.”

“As a parent, it is frustratingly hard to try and find food and drink products that are both nutritionally balanced and appeal to your children,” says Director of Action on Salt, Katharine Jenner. “Instead we have something of a ‘Sophie’s Choice,’ where we have to decide between high sugar products – putting our children at risk of obesity, Type 2 diabetes and tooth decay, or high salt products – putting our children at risk of high blood pressure and cardiovascular disease later in life,” she claims.