You are in : All News > IOI Sets Standard for Palm Oil Industry With Pledge to Protect Rainforests 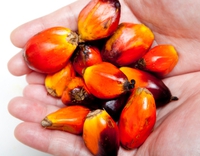 28 Apr 2017 --- The IOI Group is one of the largest palm oil traders in the world and it’s just made a significant commitment to protect Indonesia’s forests, address the problems on its own plantations and set a new standard for the entire industry. The IOI Group was suspended from the Roundtable on Sustainable Palm Oil (RSPO) for alleged violations of sourcing standards, in respect of complaints against its Indonesian subsidiaries’ plantation estates last year. This obviously impacted stakeholders and the reputation of the group.

Some months later, in August 2016, IOI Group regained its certified status but some companies were still reluctant to use the supplier. At the time multinationals Unilever and Mondelez said they were reluctant to source palm oil products until IOI showed tangible improvements on the ground.

This then prompted the group to work even harder on its policies and practices and in the same month as the temporary suspension was lifted, the IOI Corporation launched its updated Sustainable Palm Oil Policy (SPOP) alongside a comprehensive Sustainability Implementation Plan (SIP).

Now less than one year on, the company says it is marking nine months of progress by announcing additional commitments to strengthen the implementation of its Sustainable Palm Oil Policy.

In a statement from CEO OF IOI Corporation Berhad, Dato’ Lee Yeow Chor, says: “IOI is pleased to announce progress in key areas of its SPOP as well as the introduction of additional commitments.”

“These new commitments will serve both enhance field implementation and ensure ongoing best-practice management in the palm oil supply chain,” he says.

Additional commitments include undertaking an independent verification of policy implementation as well as a commitment to implement global best-practice peatland management in the Ketapang, Indonesia, landscape.

Specifically, IOI has: Started working on a joint approach with international NGOs and grassroots to ensure the core principles of the RSPO are upheld in the resolution of the Long Teran Kanan Complaint and addressed the labor issues highlighted by Finnwatch in its Peninsular Malaysia plantations, including the ending of all recruitment fees.

IOI has commissioned external consultants Business for Social Responsibility (BSR) to transparently verify its progress and to assess and recommend solutions to any labor issues in its Sabah plantations and committed to implement global best-practice peatland management in the Ketapang landscape, including the peatland standard currently being developed by the Palm Oil Innovation Group (POIG). It has also developed and communicated to suppliers new mechanisms to proactively monitor its third-party suppliers to ensure compliance to its policy commitments, as well as analyzed the exposure of its supply base to peatland and committed to minimize and mitigate the impact of third-party suppliers on peatlands.

In addition, IOI has also promised to commission an independent verification of the implementation of its Sustainable Palm Oil Policy, and the commitments stated above, in the second quarter of 2018.

IOI stands firmly committed to the implementation of its sustainability policies and believes that its progress in key areas - combined with these new commitments and measures – sends a strong signal to stakeholders around its desire for continued improvement,” continues Chor.
“The company will continue to engage stakeholders in its sustainability journey and looks forward to playing a leading role in ensuring sustainable global palm oil supply chains.”

For several years, the group has been exposing how IOI has been linked to the destruction of valuable forest and peatland areas, exploitation of plantation workers including reports of child labor, and extensive fires on its land contributing to the thick pollution that often swathes large parts of Southeast Asia. And because IOI buys so much palm oil from hundreds of other growers and traders, it was linked to environmental and social problems happening on land controlled by those companies.

Greenpeace says that over the years IOI has produced “a string of commitments about ending the destruction, but none of them were properly implemented and failed to make a difference on the ground.”

However, they add that losing big customers “put IOI under enormous pressure and was instrumental in bringing about this change in direction.

“Today's announcement goes much further than anything IOI has promised before. It has said it will commission independent verification of how well forests and the rights of workers and communities are being protected on its own land. IOI has also committed to resolve long-standing conflicts with local communities and respect the rights of plantation workers.”

“One of the most important points is that IOI will be actively monitoring its suppliers to ensure they too are safeguarding forests and people. Any company selling palm oil to IOI will need to prove it is protecting forests, so the impacts should spread far beyond IOI's own operations.”

“Deforestation is still a huge problem for the palm oil industry and the traders need to act immediately to eliminate deforestation from their supply chains. They need to publish their own rigorous plans showing how they will screen their suppliers and cut off those that are continuing to destroy forests.”

“The proof, as always, is in how well these promises are put into practice. There is still a lot of work to do before IOI is completely free from deforestation. We will be monitoring progress closely and won’t hesitate to challenge IOI if we think it’s not keeping its word."

10 Nov 2020 --- Most palm oil companies still do not report basic information on how they are monitoring deforestation in either their own or their suppliers’ operations,... Read More

28 Oct 2020 --- Unless more is done to fulfill net zero deforestation targets, many in the consumer goods sector are unlikely to meet their goals, according to CDP’s new... Read More