You are in : All News > Investors Push Food Giants to a Path of Less “Antibiotic” Resistance 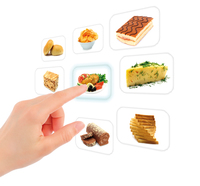 01 May 2017 --- Food groups are being urged to curb the amount of unnecessary antibiotics used in the supply chain because it has serious consequences for human health and more needs to be done to cut out the excessive use in meat and poultry. And it is the investors behind some of the big name food companies that are so concerned that they are warning about the medical and financial impacts of the overuse of antibiotics.

A coalition – which includes Aviva Investors and Boston Common Asset Management – of 71 investors is issuing the warning about the “frightening” health and financial consequences associated with the overuse of antibiotics by food and restaurant companies.

The concerns focus on how overusing antibiotics in meat and poultry builds resistance in people. Often, animals like chickens and pigs that are raised in closed quarters are given antibiotics to help them grow and to prevent the spread of infection.

In February, FoodIngredientsFirst reported how the latest findings by the European Food Safety Authority (EFSA) and the European Centre for Disease Prevention and Control (ECDC) show that bacteria found in humans, animals and food continue to show resistance to widely used antimicrobials.

This underlines the fact that AMR poses a serious threat to public and animal health, say the authorities as infections caused by bacteria that are resistant to antimicrobials lead to approximately 25,000 deaths across Europe every year.

ShareAction is the investment organization that bought the investors together alongside the FAIRR Initiative.

It’s new investor report profiles how fast food giants such as McDonald’s Corporation and Yum! Brands are responding to a US$2 trillion investor coalition call to reduce the overuse of medically important antibiotics by large meat and poultry producers. The report also reveals new research underscoring the link between the use of antibiotics in livestock and the rise of antibiotic resistant bacteria in humans.

The rise of antibiotic resistance has been described by WHO as, “one of the biggest threats to global health today”, exposing institutional investors to significant material risks. Inappropriate use of antibiotics in livestock is seen as a key factor in better prevention and the US$2 trillion investor coalition including Aviva Investors, Aegon Asset Management, Natixis Asset Management and Coller Capital engaged a US$170 billion group of ten large restaurant companies in March 2016 to end the routine overuse use of medically important antibiotics.

Responses show that 70% of companies have now adopted either a comprehensive or partial policy to prohibit use in poultry, up from 50% in March 2016; 80% of companies report they are now actively engaging with suppliers to monitor antibiotic usage. Yum! Brands however was the only company that ignored a request for further information.

None of the companies surveyed have developed fully comprehensive, publicly available antibiotics policies to cover their entire livestock supply chain.

“There is a growing public focus on rising levels of antibiotic resistance and the risks it poses to public health systems and ultimately to portfolio value. Antibiotic resistance is gaining traction as an important investment risk factor and the investor engagement is to be commended for ensuring this message is heard loud and clear in the restaurant sector. The pension funds and asset managers in the investor coalition will be watching closely to see what further reductions in antibiotic use can be made in this sector and beyond,” says Richard Keery, Investment Manager, Strathclyde Pension Fund.

The report, “The restaurant sector and antibiotic risk,” cites changing regulation – including potential new EU legislation which would ban routine preventative use of antibiotics on farms, already voted through the European Parliament, and 2017 US Food and Drug Administration (FDA) guidance on antibiotic use – as a key financial risk for companies failing to improve practices.

The report also highlights new analysis from a Cambridge University-backed study reinforcing scientific opinion that antibiotic resistant bacteria, such as some strains of E. coli, can spread from livestock to humans via food consumption.

“Investors are not immune to antibiotic resistance. It’s hard to put a monetary cost on antibiotics becoming useless, but some estimate it could lose US$100 trillion from global economic output, creating an enormous global financial and public health crisis. New regulation, shifting consumer preferences and trade restrictions are already driving a reduction in antibiotic use in livestock. The clear message to these companies is that their shareholders want to see meaningful action on antibiotics,” Jeremy Coller, Founder of the FAIRR Initiative and CIO of Coller Capital.

“The last year has seen encouraging commitments to reduce antibiotic use in poultry, but there are still dangerous levels of antibiotics administered to pigs, cattle and other livestock. Fast food chains must take action across the entire animal supply chain.”

Since its launch in March 2016, the investor group backing this engagement has grown to 71 institutions representing more than US$2 trillion in assets under management.

Natalie Beinisch, Engagement Manager, Aegon Asset Management, adds: “To protect against threats to the financial health of our clients, we also need to care about physical threats to public health. That is why Aegon takes a proactive approach to the management of health-related risks.”

“Antibiotic resistance is one of the most serious emerging global health risks and to help defend against such an enormous threat we are encouraging fast food chains to reduce the non-therapeutic use of antibiotics important to human health in their global meat and poultry supply chains. FAIRR is rightly urging the restaurant sector to take action to counter this trend.”

“The FAIRR/ShareAction investor coalition on antibiotics has grown by more than one third since this engagement began. Clearly, these major investors recognize that antimicrobial resistance is a threat to markets and to healthy workforces. Consumers are also paying more attention to what’s in their food. The combined force of investor and consumer concern means restaurant and food companies run substantial risks if they don’t set targets to phase out routine use of antibiotics in their supply chains,” adds Catherine Howarth, Chief Executive at ShareAction.

SHIFT20: Industry is “only scratching the surface” of plant-based proteins

14 Jul 2020 --- While wheat and soy continue to dominate the plant-based space, there is a vast amount of knowledge from alternative proteins yet to be tapped. At the Institute of... Read More