You are in : All News > International Sweeteners Association Criticizes Study Over Bias Claims 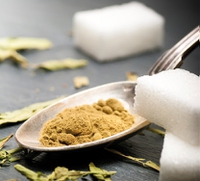 The ISA “strongly refutes” what it describes as “misleading and biased” conclusions in an systematic review, an article that has caused a stir because the industry body claims its authors “fail to recognize a series of important biases and limitations in their systems review, which raise serious concerns about the quality of the study and the accuracy of its outcomes.”

The authors say that during the study a systematic review of reviews of the effects of artificially sweetened beverages on weight was performed.

“Two assessors independently screened articles for inclusion, extracted data, and assessed risks of bias. We compared risk of bias, results and conclusions of reviews by different industry sponsors, authors' financial conflict of interest and journal sponsor. We also report the concordance between review results and conclusions,” it continues.

But an ISA statement refutes the conclusion of the article which says “review sponsorship and authors’ financial conflicts of interest introduced bias affecting the outcomes of reviews of artificially sweetened beverages effects on weight that could not be explained by other sources of bias.”

“Importantly, as regards the methodology used, the authors have not followed the inclusion criteria set for this systematic review, as for example, they state that published conference presentations were excluded from their analysis, however the publication by Hervé Nordmann in Agro Food Industry Hi-Tech is clearly a review based on the outcomes of the International Sweeteners Association conference in 2011. Furthermore, the Nordmann review is listed as an ISA-funded review, when in fact the ISA did not provide any funding in support of this publication,” the statement says.

“With regards to the limitations of this study, the systematic review (the authors) reach their questionable conclusions based only on four industry-supported review studies, a very small number to draw safe conclusions. Moreover, it is based on a highly heterogeneous sample of studies including both reviews that summarized data quantitatively (with meta-analysis) as well as only qualitatively reviews.”

The statement goes on to say how these types of studies are not comparable in terms of methodology and hierarchy of evidence, pointing out that meta-analysis is generally considered to be the most valuable form of research evidence, whilst qualitatively reviews summarize the evidence but “do not necessarily include explicit criteria for selecting evidence and certainly rank much lower in the hierarchy of evidence.”

“In this context, for example, it is important to highlight that two out of the four industry-supported reviews include also a meta-analysis, and therefore the comparison conducted in this systematic review between industry-supported and non-industry funded studies is simply biased. Other parameters that the publication does not take into consideration is the change in the standards about funding disclosure and conflicts of interest throughout the period that is examined in this review (1978-2014).”

The ISA also asserts that the food industry support in research can contribute the most to advancing scientific evidence in nutrition science and it fully supports a transparent relationship between scientists and industry funding, whilst actively encouraging full disclosure of all conflicts of interest.

The global rise in the red and processed meat trade over the past 30 years has been linked to a sharp increase in diet-related illnesses, finds an analysis published in... Read More