You are in : All News > Innocent until guilty: Smoothie brand’s “greenwashed” ad under investigation amid activist arrests

08 Feb 2022 --- Innocent Drinks is under investigation by the UK’s Advertising Standards Authority (ASA) for what activists say is a misleading marketing campaign centered on recycled plastic packaging that amounts to “greenwashing.”

The campaign, conceived and created by public relations firm Mother London, features an animated video in which a boat of revelers on a river sing about “messing up the planet” as they approach a waterfall. They are then confronted by an otter, who saves their lives by reversing course, changing the song’s lyrics to “saving the planet,” and launching a celebration where everyone drinks Innocent smoothies.

Matt Palmer, a lead activist at Plastics Rebellion, tells PackagingInsights this kind of promotion is deceptive and “deadly serious.”

“We call this ‘wackaging’ or ‘matewashing’ instead of greenwashing, because companies like Innocent use overtly casual and genial language to cajole consumers into purchasing their products,” he says. “They try to present that they are fixing up the planet, which is even more infuriating and insidious than the honest shamelessness of companies like Coca-Cola, who make little bother even to hide the environmental damage they are causing.”Plastic Rebellion protestors were arrested at Innocent’s headquarter offices in London.

An Innocent company spokesperson responded to PackagingInsights: “Since it’s an open case, the ASA has asked us not to discuss it, so we’re afraid we can’t say much for the time being.”

The rPET agenda
Innocent reported £423 million (US$573 million) in revenue in 2020, comprising 21.4% of total European market share for the chilled juice category.

Since then, Innocent has touted its environmental sustainability credentials by claiming “no one has ever made anything like” its 100% recyclable PET (rPET) bottles before. This “wizardry,” as the company calls it, is rooted in combining rPET and bioplastic in its bottles.

Environmental and human abuses
However, Coca-Cola is routinely found to be among the world’s worst plastic polluters. Also, given that rPET supply is critically low – with prices more than doubling in the past year – groups like Plastic Rebellion see these recycling claims and targets as more misleading corporate ploys to justify continued plastic usage in place of reuse and return schemes.

Meanwhile, Ethical Consumer Magazine recently gave Innocent a score of two out of 20 for ethical and [environmentally] sustainable practices, warning consumers to avoid their products, also noting “notorious human rights abuses in their supply chains.” Campaigners say Innocent is misleading consumers into believing plastic usage could “save the planet.”

Fruits and Goliath
Before the ASA complaint was lodged, Plastic Rebellion members staged a sit-in at Innocent’s headquarters in London, UK, dressing as pieces of fruit and performing parodies of the “Little Drinks, Big Dreams” ad campaign.

“We were immediately arrested for aggravated trespass,” explains Palmer. Police later dropped the charges. “We thought we would play to Innocent’s ‘wackaging’ style, join in the spirit and dress up as fruit – but our accusations are deadly serious,” he says.

Fellow campaigner Jannet Everett says that while the ASA complaint may force Innocent to retract its ad campaign, she believes civil disobedience and direct actions like the sit-in are the more powerful and important forms of protest.

“The fact that people dressed as pieces of fruit have taken on a goliath like Coca-Cola is a potent message. People are talking about it, and we’ve also used all other methods we could, including signing petitions.” 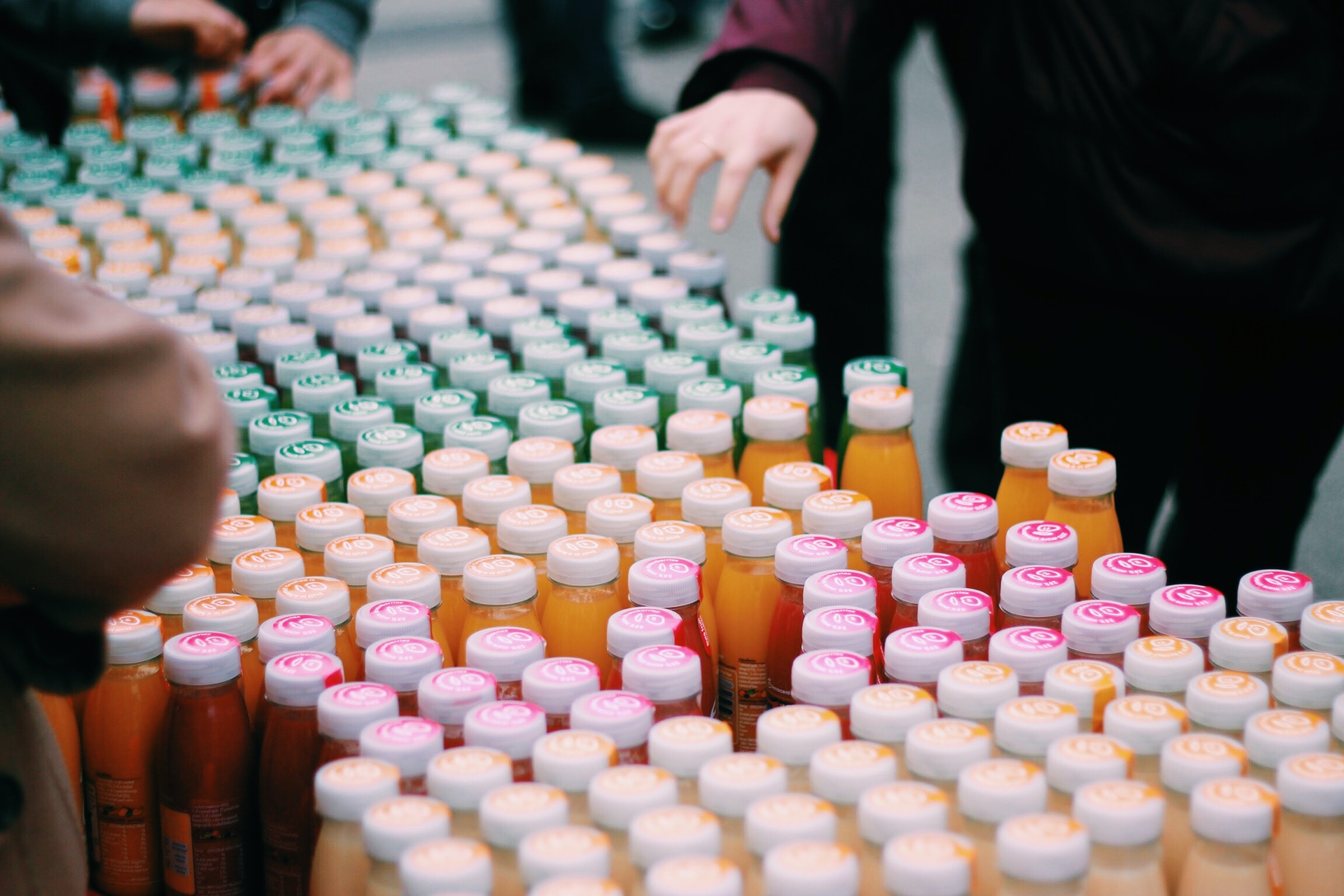 Innocent has pledged to produce all beverage packaging from 100% rPET by 2030.

Even if the ASA rules against Innocent, Everett says: “This doesn’t get them off the hook. We’ll be watching them very closely.”

Recently, the ASA forced Oatly to withdraw claims concerning its carbon emissions reductions and the damage caused by the F&B industry, citing a lack of evidence.

Pepsi Lipton International was also ordered to remove marketing claims that its Lipton Ice Tea bottles are “100% Recycled” because neither the beverage cap nor label is recycled. ASA disputed the company’s defense that an asterisk next to the claim with small print clarification on the label would qualify the claim, stating, “the overall impression they [Lipton] created was that all parts of the bottle were made entirely from recycled materials.”

Researchers from the Australian-based University of Sydney and Curtin University have published a book featuring the main food production and consumption problems at... Read More

GNT shoots for “climate gold” with its Sustainability Roadmap for 2030, which directly targets the company’s environmental footprint, the measures it... Read More