You are in : All News > Ingredion, Samyang & Matsutani among ingredient companies driving allulose into European market

30 Nov 2021 --- Ingredion Incorporated, Matsutani Chemical Industry, Cosun Beet Company and Samyang Corporation have become part of a consortium to help bring allulose to the EU and UK markets and support its nutritional labeling as a carbohydrate.

Allulose is already authorized as a food ingredient in many countries worldwide, including Japan, Mexico, Singapore, South Korea and the US.

It is also under regulatory evaluation in several other countries and regions. In addition, allulose is FEMA (Flavor Extract Manufacturers Association) and GRAS (Generally Recognized As Safe) approved for use as a flavoring in beverages and milk products. 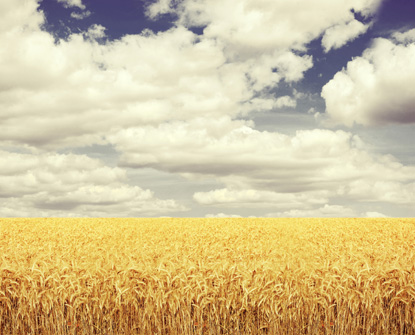 Allulose was first identified in wheat in the 1940s.A rare sugar
Allulose is one of the rare sugars, a monosaccharide usually only found in small quantities in wheat, fruit, including raisins, figs and other foods, such as molasses, maple syrup and brown sugar. It can, however, be produced in large quantities through the use of enzymes from corn, sugar beet or other carbohydrate sources.

It is a naturally derived sugar with just 10% of the calories of standard sugar.

In addition, members anticipate that approval of allulose as a novel food ingredient would benefit European and global food industries because of its potential as much more than just a low-calorie sweetening ingredient.

Sugar reduction
EU regulatory approval would also influence other international food regulators to bring this novel food ingredient to the market. The development of reduced-calorie or reduced-sugar foods could also support government policies for sugar reduction.

With approval, allulose could provide an alternative to many sugars in the European food market and support efforts to achieve industry sugar reduction goals.

ANFC’s next goal is to petition for the exemption of allulose from sugar labeling in the EU and UK markets, as per the situation in the US and South Korea.

“Formation of the ANFC is an exciting step forward toward accelerating more widespread use of allulose in Europe,” says Shigehiro Hayashi, Matsutani Chemical and ANFC.

“With our members’ combined knowledge and expertise in the science of healthy F&B  ingredients, we aim to enable allulose to reach its true potential and recognize that this could help in achieving a reduction in calorie intake – a major public health initiative.”

Allulose space heats up
Natural sweeteners have long been in the spotlight as being crucial to sugar reduction goals. Allulose is already authorized as a food ingredient in many countries worldwide.

Last February, FoodIngredientsFirst revealed that stevia, monk fruit and allulose were set for success in the F&B arena.

Meanwhile, German start-up Savanna Ingredients installed solar panels on the roofs of all production and warehouse facilities on the Savanna site in Elsdorf in a project called Savanna Solar One. The move came less than a month after the start-up received self-affirmed GRAS status for allulose in the US for its allulose ingredient.

Last August, Univar Solutions highlighted its products available to its US customers for sugar reduction. Julie Bean, marketing manager of food and pharmaceutical ingredients, noted that allulose had gained traction, particularly in the keto community.

And Jungbunzlauer recently developed ketogenic cookies with a combination of erylite and allulose for an overall taste optimization, a balanced browning effect and low-calorie contribution from carbohydrates.

A team of researchers in the US has conducted four studies to better understand how genetically modified organism (GMO) labeling policies impact consumer choice. The... Read More

Israel-based BT Sweet has launched Cambya, a plant-based sweetening platform that can reduce sugar in treats like hazelnut and chocolate spreads. It comes as a response... Read More