You are in : All News > Givaudan Q3 Performance Boosted by Latin America Growth 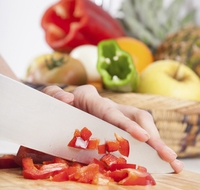 11 Oct 2016 --- Strong growth in Latin America helped Givaudan's flavor division report sales up 2.9 percent to 617m Swiss francs ($626m) in the third quarter, but Western Europe and the Middle East continued to be challenging. The Swiss fragrance and flavor maker also announced that that its chairman and finance chief are to stand down next year.

Givaudan reported third quarter sales of 1.184bn Swiss francs ($1.2bn), up 3.1 percent on a like-for-like basis, which was slower than growth the first part of the year.

Its flavors division, which supplies products for likes of Danone, performed well for the most part in the period July to September.

In a bid to offset difficult trading in Western Europe, Givaudan has looked to win new contracts from faster-growing economies in Latin America and Asia.

Sales in Asia Pacific increased 4.9 percent on a like-for-like basis with strong double-digit growth in India and Indonesia coupled with good growth in the Indochina area.

The mature markets of Japan, Oceania and South Korea delivered good growth helped by the expansion of the existing business. Double-digit growth in Sweet Goods and Snacks contributed to the performance in the region.

Across Europe, Africa and Middle East (EAME), sales were down 0.3 percent on a like-for-like basis.

An improved performance in Sub-Saharan Africa, Russia and South Eastern Europe was offset by deteriorating market conditions in the Middle-East.

The mature markets of Western Europe were helped by strong results in Italy and Scandinavia, offset by lower sales in France and Germany. Snacks and Sweet Goods contributed due to business growth.

In North America, sales nudged down 0.9 percent on a like-for-like basis with a good performance in Dairy and Sweet Goods being offset by lower sales in Beverages.

Across Latin America, sales were up 17.9 percent on a like-for-like basis. Double-digit growth in Argentina, Brazil and Central America was driven by existing business growth and strong new wins while Mexico registered a solid performance.

Givaudan has also announced that Chairman Dr Jürg Witmer is to retire next year and will be replaced by Vice Chairman Calvin Grieder, who joined Givaudan's board of directors in 2014.

Givaudan is the global leader in the creation of flavours and fragrances, with its heritage stretching back over 250 years, the Company has a long history of innovating tastes and scents. From a favourite drink to your daily meal, from prestige perfumes to cosmetics and laundry care, its creations inspire emotions and delight millions of consumers the world over. The Company is committed to driving purpose-led, long-term growth while leading the way to improve happiness and health for people and nature. In the fiscal year 2019, the company employed over 14,900 people worldwide and achieved sales of CHF 6.2 billion and a free cash flow of 12.7% of sales. Let’s imagine together on www.givaudan.com.

Powered by innovation and creativity, Givaudan Taste & Wellbeing aims to shape the future of food by becoming the co-creation partner of choice to its customers. Built on its global leadership position in flavours and taste, the Company goes beyond to create food experiences that do good and feel good, for body, mind and planet. With an expanded portfolio of products across flavours, taste, functional and nutritional solutions and a deep knowledge of the food ecosystem, Givaudan’s passion is to collaborate with customers and partners to develop game changing innovations in food and beverage. Let’s imagine together the future of food. Learn more at www.givaudan.com/taste-wellbeing.

Global warming, climate events, plant diseases, the increase of the fresh fruit market and the decline of juice consumption all weigh heavily on the availability, cost... Read More

The beverage arena is fizzing with new iterations of plant-based inclusions, mood-enhancing ingredients and classic flavors. According to suppliers, the low- and... Read More

In the wake of increasing consumer awareness around sustainability and nutrition, appealing food flavors are becoming ever more crucial to development. With price hikes... Read More