You are in : All News > FTC Challenges Proposed Merger of Sysco and US Foods

FTC Challenges Proposed Merger of Sysco and US Foods 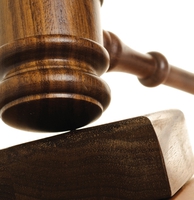 20 Feb 2015 --- The Federal Trade Commission has filed an administrative complaint charging that the proposed merger of Sysco and US Foods would violate the antitrust laws by significantly reducing competition nationwide and in 32 local markets for broadline foodservice distribution services.

The FTC alleges that if the merger goes forward as proposed, foodservice customers, including restaurants, hospitals, hotels, and schools, would likely face higher prices and diminished service than would be the case but for the merger.

The FTC also authorized staff to seek in federal court a temporary restraining order and a preliminary injunction to prevent the parties from consummating the merger, and to maintain the status quo pending the administrative proceeding.

“This proposed merger would eliminate significant competition in the marketplace and create a dominant national broadline foodservice distributor,” said Debbie Feinstein, the Director of the FTC’s Bureau of Competition. “Consumers across the country, and the businesses that serve them, benefit from the healthy competition between Sysco and US Foods, whether they eat at a restaurant, hotel, or a hospital.”

Sysco and US Foods are – by far – the largest broadline foodservice distributors in the United States. Broadline distributors offer extensive product lines, including national-brand and private-label food products, and provide frequent and flexible delivery, high levels of customer service, and other value-added services such as order tracking, menu planning, and nutritional information.

According to the FTC complaint, a combined Sysco/US Foods would account for 75% of the national market for broadline distribution services. In addition, the parties would also hold high shares in a number of local markets.

The Commission also charges that the proposed sale of 11 US Foods distribution centers to Performance Food Group would neither enable PFG to replace US Foods as a competitor nor counteract the significant competitive harm caused by the merger. According to the FTC, even with the addition of 11 distribution centers, PFG would not approach the scale or competitiveness of US Foods today, and therefore would not restore the competition eliminated by this merger.

The following state attorneys general have joined the FTC’s complaint for a preliminary injunction to be filed in federal district court: California, Illinois, Iowa, Maryland, Minnesota, Nebraska, Ohio, Virginia, Pennsylvania, Tennessee, and the District of Columbia.

The Commission vote to issue the administrative complaint and to authorize staff to seek a temporary restraining order and preliminary injunction in federal court was 3-2, with Commissioners Maureen K. Ohlhausen and Joshua D. Wright voting no. The administrative trial is scheduled to begin on July 21, 2015.

15 Jan 2021 --- Azelis has made a new and exclusive agreement with French flavor house Mane to distribute its flavor and taste solutions in the Benelux region. Commencing this... Read More

05 Jan 2021 --- Under a new agreement, Lake Chemicals and Minerals’ Salutivia Division has been selected for the distribution of DSM’s products in the Republic of... Read More

18 Sep 2020 --- UK retailer Tesco is joining forces with mobile app for food-sharing, Olio, in a bid to stop more surplus food from going to waste. Instead, food that would have... Read More

17 Aug 2020 --- An anti-dumping complaint against imports of wheat gluten from Austria, Belgium, France, Germany, Lithuania and Australia has been filed by ADM Agri-Industries Co.,... Read More