You are in : All News > Food Ingredients Driving Sales at ABF, Despite Difficult Economic Conditions 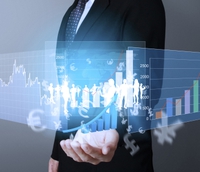 25 Feb 2016 --- Associated British Foods, the ingredients, grocery and retail business, has said that operating profits at its ingredients business are on track to trump last year helped by strong sales across yeast and bakery. The company has updated the market on its trading performance in the 24 weeks to February 27 2016.

ABF said that revenues at its ingredients business were also expected to be ahead of last year, with its division in the US and Brazil performing “well in difficult economic conditions.”

ABF’s specialist yeast and ingredients business, AB Mauri, makes yeast extracts, emulsifiers and cereal specialities and was one of the strong performers across the entire ABF business, according to its trading update.

In Europe, ABF’s ingredients business has cut its warehouse and distribution across Iberia while in the UK it’s hoping that its new technical centre will help find and develop new bakery ingredient solutions.

ABF said: “ABF Ingredients delivered excellent growth in the first half with all businesses increasing profit.  AB Enzymes made further progress in the baking and detergent sectors and margin had benefited from a good manufacturing performance.”

While global sugar prices remain low, ABF said it had benefited from the tightening of EU and Chinese stock levels which has helped lift prices in those markets.

However, in the UK ABF warned that it will not be able to match the record production of 1.45 million tonnes of beet crop cultivated this year with production expected to be down to below one million.

It said this was due to a smaller area being cultivated than last year and beet yields returning to lower levels.

ABF highlighted that its “state-of-the-art” anaerobic digestion plans in the UK will be operational by the end of the year.

Its sugar operations in Spain have been performing well, ABF said, with total beet sugar production expected to be 10 percent ahead of last year at 440,000 tonnes.

On top of that, 25,000 tones will be procures from the refining of cane raws in Spain.

Its sugar operations in China, ABF said, have shown an improvement in profitability after it closed two underperforming factories in China last year.

In its agriculture business, ABF warned that revenues will be lower than last year, with the UK business, AB Connect, feeling the brunt of it, due to lower sugar beet feed volumes combined with the effects of a mild winter.

But its animal nutrition technology business AB Vista has been showing good sales growth in Asia, Europe and the Middle East, ABF said.

ABF, which also owned the retailer Primark, said that its grocery business, which includes the tea brand Twinings and bread brand Kingsmill, is expected to match revenues and profits in 2015.

It said the issue of low bread prices makes trading tough, though Kingsmill’s market share had shown an increase in volumes.

It said its Twining Ovaltine brand achieved market share growth in the UK, US and Australia.

15 Feb 2021 --- Lindt & Sprüngli, in cooperation with the Swiss-Ghanaian start-up Koa, has revealed a chocolate bar that is sweetened with dried cocoa pulp. Koa uses the... Read More

28 Jan 2021 --- A new EIT Food report reveals that consumer trust in the food sector has increased over the course of the COVID-19 pandemic, yet the majority of consumers do not... Read More