You are in : All News > Florida citrus crop heavily impacted by Hurricane Irma 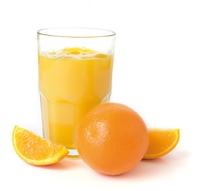 12 Sep 2017 --- In less than twenty-four hours, Hurricane Irma winds ripped through a once promising Florida citrus crop taking as much as 75 percent of the fruit from the trees. Hurricane Irma has since been weakened to a tropical storm, but still produced near hurricane-force winds, storm surges and flooding. Hurricane Irma left millions without power in the heavily populated areas of central Florida earlier this week.

Florida is the world's second-largest orange juice producer, behind Brazil, according to the US Department of Agriculture. Florida's citrus industry was already struggling with declining production because of citrus greening, an incurable disease spread by an insect that impairs trees' circulation and nutrition.

“Absolutely there was some loss, but it was not total devastation, which was what the market was basically pricing in,” said Judy Ganes Chase, founder of J. Ganes Consulting LLC.

Brazil, the world's largest grower, is expected to have a major crop this year, which would provide a buffer to what might have been lost in Florida. Brazilian fresh orange production is forecast at 471 million boxes, up from 352 million in 2016-2017 and the highest total since 2012-2013.

The US Department of Agriculture is expected to put out its first estimate for the 2017-2018 Florida crop next month. Last year's final estimate of 68.7 million boxes was the lowest output since 1964.

Southwest Florida grower, Wayne Simmons, president of LaBelle Fruit Co. LLC, estimated it lost 75 percent of its early-mid oranges and 65 percent of its Valencias. He also reported much of his acreage underwater. “We’re just trying to clean up the mess,” Simmons said.

Mongi Zekri, a University of Florida citrus agent working out of the Hendry County Cooperative Extension Service office in LaBelle, estimated Irma destroyed 60 percent of that county's orange crop. Hendry County leads the state with 10.1 million citrus trees, according to a US Department of Agriculture report.

Meadows estimated fruit losses at 20 to 50 percent, depending upon location, he said. But the storm affected the state’s top five citrus growing counties – Polk, Hendry, Highlands, Hardee and DeSoto – which together account for most of Florida’s orange production.

“The thing that’s frustrating is that first Hurricane Irma was supposed to go along the East Coast, then it supposedly shifted to just off the West Coast,” Meadows said. “It ended right through the uprights, right up to the spine of the citrus industry.”

Jochen Heininger, Vice President Marketing & Product Management EMEAI, WILD Flavors & Specialty Ingredients spoke to FoodIngredientsFirst at drinktec in Munich, yesterday. “When sourcing raw materials it is about getting the right quality for citrus, to deliver retailers as well as consumers. In light of the recent hurricane in Florida, citrus could be very heavily affected, it’s maybe too early to say, but it could influence the market for sure.”

Still, orange flavors are set to be a hit looking into next year: “Our Original Oranges flavors are the ones to watch out for in 2018 – the orange flavor comes from the original orange crops in Florida, Brazil and Valencia. The flavors give a real authenticity to a product, the difference in the flavor profile is there but still remains an authentic orange flavor,” Heininger explains.

Meanwhile, cotton futures also fell sharply, down 2.5 percent after rising more than 5 percent in September through Friday. Cotton is a key crop in Georgia and the Carolinas that doesn't fare well in severely wet weather.

Last month, Hurricane Harvey destroyed an estimated US$150 million of cotton crops in Texas, ripping the bolls off plants and leaving white fiber strewn across fields, according to Reuters.

Recipes ranging from the sweet desserts of the Balkans region to the sweltering kitchens of Southeast Asia provide a colorful backdrop to flavor innovation.

The Calabretta-owned flavor business Comax has been acquired by Florida Food Products (FFP), with the family maintaining an ownership stake. The companies reached an... Read More

Out of this world: Heinz develops Martian tomato ketchup with Aldrin Space Institute

Heinz, along with a team of astrobiologists has successfully cultivated tomatoes in space-like conditions for their ketch-up. The Marz edition, cultivated in similar... Read More

Tropical fruits are gaining global popularity, as is the carambola, also known as star fruit, which is known for being high in fiber, antioxidants and other nutrients. A... Read More