You are in : All News > Finless Foods introduces new plant-based tuna offering for poke and spicy rolls

09 Jun 2021 --- Cell-cultured seafood pioneer Finless Foods has expanded its product portfolio to include a new plant-based tuna offering. The company aims to make its plant-based tuna widely available to consumers by 2022, via restaurants and foodservice channels.

The new product consists of nine whole, plant-based ingredients that are cooked and seasoned to mimic the taste and texture of tuna. It was specifically designed to act as a substitute for raw tuna in dishes like poke and spicy tuna rolls.

The US-headquartered company’s CEO and co-founder Michael Selden identified a unique opportunity to expand cell-cultured offerings with additional seafood options that cater to a full range of consumer palates and dietary needs.

“We’ve developed a delicious, versatile product that makes an ideal plant-based substitute for raw tuna,” says Selden. “The feedback received from our culinary partners has been phenomenal, likening the flavor and texture to sushi-grade tuna.” 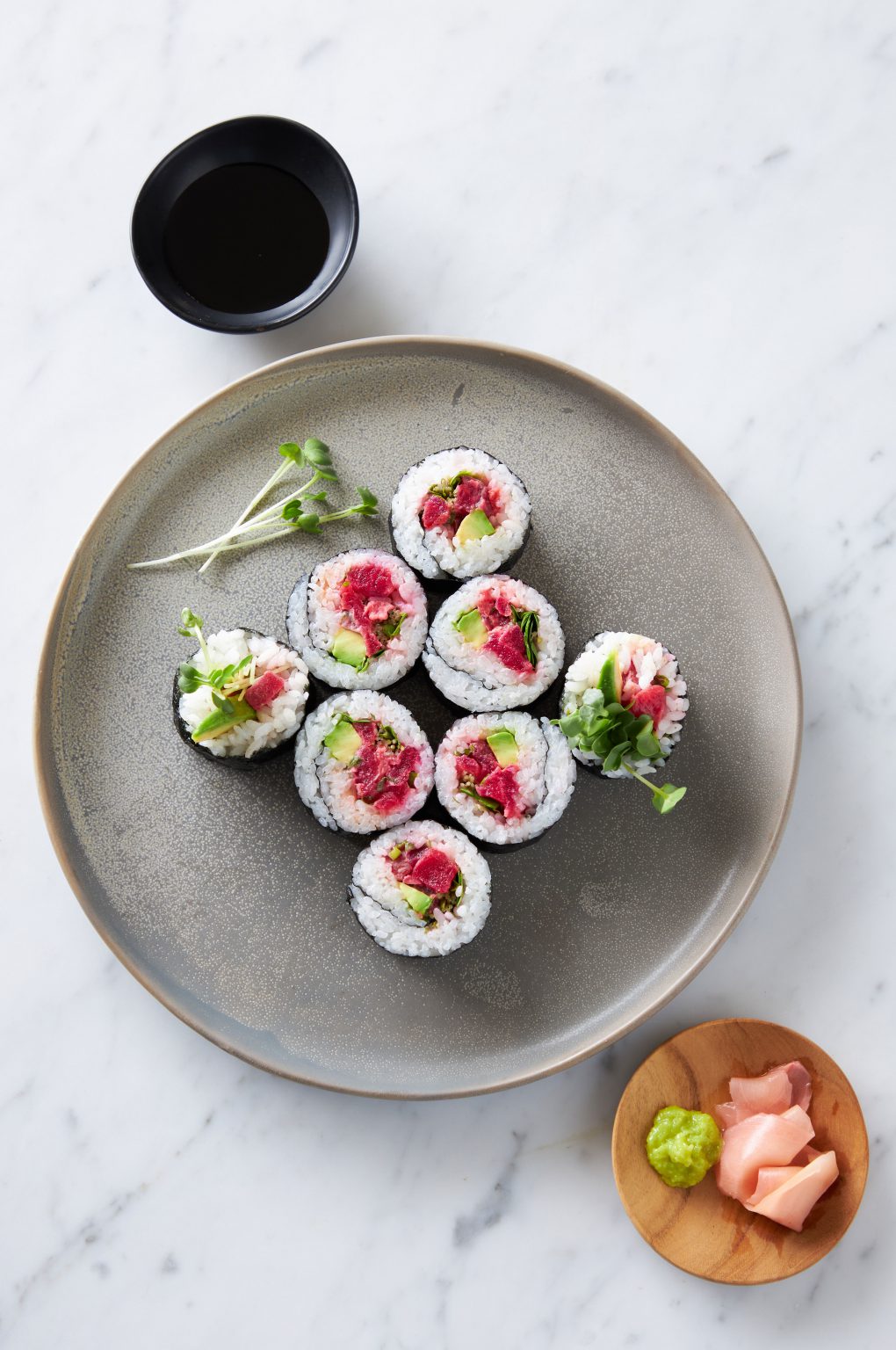 Chef testers found the product to be “incredibly versatile across a myriad of culinary applications,” both in its original form and with the addition of marinades and citrus juices in various dishes.

“Our plant-based tuna offers an option for consumers who can’t eat seafood because of allergies, who think about other health concerns, or who just want to enjoy a seafood dish without the catch,” says Selden.

“Finless Foods will continue to build out the technology and undergo regulatory approval for their cell-cultured tuna. They plan to bring their full portfolio of plant-based and cell-cultured products to market in the coming years.”

Turning the tide on overfishing
Pressure is mounting as global tuna populations have declined by 60 percent over the last 50 years, Finless Foods highlights. Presently, one-third of tuna stocks are being fished at unsustainable levels and tuna cannot be successfully farmed at scale.

With the global appetite for tuna ever-increasing, the need is greater than ever to source sustainably and develop seafood alternatives to support healthy, wild populations for generations to come.

“Tuna play an important role in ocean health and has historically been a difficult species for aquaculture,” says Brian Wyrwas, co-founder of Finless Foods. “We felt that developing viable alternatives would yield the greatest net impact for our ocean.”

In the space of seafood alternatives, Nestlé recently entered the market for plant-based fish with the launch of a product that mimics the flaky texture and rich flavor of tuna, branded “Vuna.” The company now has other fish and shellfish alternatives under development.

Cell-cultured seafood is notably poised for “significant growth” in Asia. Last April, BlueNalu – specializing in a variety of seafood products directly from fish cells – teamed up with Thai Union and Mitsubishi Corporation to accelerate a market development strategy for the novel food variety in the region.

Fish populations are in a far worse state than previously estimated, according to Minderoo Foundation’s Global Fishing Index (GFI), the most extensive independent... Read More

Food-tech start-up Aqua Cultured Foods has signed a Proof of Concept (PoC) with Migros, Switzerland’s largest retailer, to advance the development of its seafood... Read More

Food companies, regulators, marketers, journalists and others should use the terms “cell-based” or “cell-cultured” when labeling and talking... Read More