You are in : All News > Fighting deforestation: UK plans new law to protect rainforests and clean up supply chains 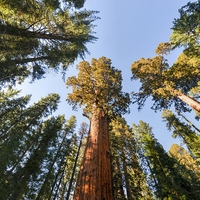 26 Aug 2020 --- The UK is clamping down on deforestation within the supply chain under government plans to introduce a “world-leading” law to protect rainforests. Under new planned legislation, it would be illegal for larger businesses to use products that do not comply with local laws to protect natural areas and ecosystems. These companies would have to show that their products and supply lines are deforestation-free by revealing where commodities such as cocoa, soy and palm oil originate from. Failure to comply could result in fines.

The proposals would prohibit larger businesses operating in the UK from using products grown on land that was deforested illegally. These businesses would be required to carry out due diligence on their supply chains and publish the information.

Protecting forests is central to tackling climate change, with deforestation accounting for 11 percent of global greenhouse gas emissions. The vast majority of deforestation – 80 percent – is caused by the production of agricultural commodities. Most deforestation – up to 90 percent in some countries – is illegal.

The destruction and degradation of these vital habitats also increases the risk of extreme weather events, drives biodiversity loss and exacerbates the spread of infectious diseases.

Click to EnlargeLarger companies would have to show where commodities such as cocoa, soy, and palm oil originate from.

The UK’s approach is designed to work in tandem with the existing efforts of governments, communities and businesses in producer countries to enforce national laws, benefiting law-abiding producers and companies.

The proposed legislation makes clear that illegally produced commodities have no place in the UK market, as the government makes an effort to “build back greener from coronavirus.”

“We have all seen the devastating pictures of the world’s most precious forests being cleared, often illegally, and we can’t afford not to act as a country. There is a hugely important connection between the products we buy and their wider environmental footprint, which is why the government is consulting on new measures that would make it illegal for businesses in the UK to use commodities that are not grown in accordance with local laws,” says International Environment Minister Lord Goldsmith.

Ahead of hosting the UN Climate Change Conference next year, the UK says it has a duty to lead the way in combating the biodiversity and nature crisis.

There has been a lot of progress already to make the UK’s supply chains more sustainable, but more needs to be done.

“We will continue to work closely with farmers, businesses and governments around the world to ensure that we can protect our vital forests and support livelihoods. This move follows the establishment of Government’s independent task force – the Global Resource Initiative (GRI) – formed in 2019 to consider how the UK could ‘green’ international supply chains and leave a lighter footprint on the global environment by slowing the loss of forests,” Lord Goldsmith adds.

Ian Cheshire, the chair of the independent task force, adds that every day, British consumers buy food and other products which are contributing to the loss of the world’s most precious forests, and how this new legislation will reduce this impact.

“This consultation is a welcome first step in the fight to tackle the loss of our planet’s irreplaceable natural wonders such as the Amazon and in the pursuit of supply chains free from products that contribute to deforestation,” echoes Ruth Chambers, from the Greener UK coalition.

“The evidence linking deforestation with climate change, biodiversity loss and the spread of zoonotic diseases is compelling. A new law is an important part of the solution and is urgently needed. The government’s flagship Environment Bill provides a timely vehicle to progress this.”

A consultation will run for six weeks and seek views from UK and international stakeholders and will take into consideration potential impacts on businesses and other interests. Feedback for the consultation is to be submitted online or via post.

As part of its Presidency of COP26, the UK will continue to support a discussion between governments from around the world to tackle this issue.

This move toward tightening the supply chain builds on the government’s recent commitment to double the UK’s contribution to International Climate Finance to £11.6 billion (US$15.2 billion) from 2021 to 2025, including for nature-based solutions. In June, the government committed a further £16 million (US$21 million) of funding to help scale up environmentally friendly farming, forest conservation and replanting in the Amazon.

16 Jul 2021 --- Barry Callebaut is teaming up with vanilla supplier Prova to launch a new charter in Madagascar that will boost its vanilla sourcing credentials. The tie-up will... Read More

14 Jul 2021 --- UK food policy needs much greater diversity to deal with future shocks, according to a new report by three leading food policy experts and published by the... Read More

13 Jul 2021 --- Destroying tropical ecosystems and replacing them with soybeans and other crops has immediate and devastating consequences for soybeans – in other words, soy... Read More