You are in : All News > FAO report: “World is off track” in meeting most food and agriculture-related SDGs

FAO report: “World is off track” in meeting most food and agriculture-related SDGs 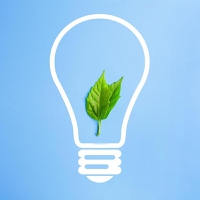 18 Jul 2019 --- The world is off-track to meet most of the Sustainable Development Goal (SDG) targets linked to hunger, food security and nutrition, according to a Food and Agriculture Organization (FAO) report. The report paints a grim picture, with “regression as the norm,” according to the agency. It details how hunger is on the rise, small-scale food producers' earnings are about half that of larger food producers, more than half of local livestock breeds are at risk of extinction and high food price volatility is rife in many developing countries. It also highlights insufficient crop diversity security, overfishing, water stress and forest losses.

“Four years into the 2030 Agenda for Sustainable Development, regression is the norm when it comes to ending hunger and rendering agriculture and the management of natural resources – be that on land or in our oceans – sustainable,” says Pietro Gennari, FAO Chief Statistician.

“Being off track when it comes to reaching core pillars of the SDGs unquestionably puts at risk the achievement of the entire 2030 Agenda, and makes our overarching goal of ensuring an economically, socially and environmentally sustainable future for our planet and for present and future generations less attainable,” adds FAO Deputy Director-General for Climate and Natural Resources Maria Helena Semedo.

FAO analyzed, in a visual way, major global trends and data from up to 234 countries and territories on 18 indicators of four SDGs (2, 6, 14 and 15) under the UN agency's custodianship.

High food price volatility
During 2016-2017, food price anomalies affected over a third of Land-Locked Developing Countries (LLDCs), one in four countries in Africa and Western Asia, and one in five countries in Central and Southern Asia. Moderate increases in general food prices, on the other hand, affected all regions.

Click to EnlargeOn average, 60 percent of local livestock breeds are at risk of extinction in the 70 countries that had risk status information. Specifically, across the world, out of 7,155 local livestock breeds (i.e. breeds occurring in only one country), 1,940 are considered to be at risk of extinction. Examples include the Fogera cattle from Ethiopia or the Gembrong goat of Bali.

However, this could be even higher as for two-thirds of the local livestock breeds, especially in the Middle and Near East, Africa and Asia, there is no data on the animals’ risk status.

The report also warns of “no progress in conserving animal genetic resources and notes that ongoing efforts to preserve these resources appear “'inadequate.” For example, less than one percent of local livestock breeds across the world have enough genetic material stored that would allow the breed to be reconstituted in case of extinction.

At the end of last year, global holdings of plant genetic materials conserved in gene banks in 99 countries and 17 regional and international centers totaled 5.3 million samples – a nearly three percent increase over the previous year. This is mainly due, however, to the transfer of existing materials to better, indicator-compliant storage facilities, rather than a reflection of newly-added diversity collected from the field.

Overfishing and uneven implementation of international instruments for sustainable fisheries are also areas of concern, according to the report. One-third of the world’s marine fish stocks are overfished today, compared to only 10 percent in 1974.

Despite some recent improvements in fisheries management and stock status in developed countries, the proportion of stocks fished within biologically sustainable levels has decreased significantly in developing countries.

Water under stress and forest losses
Water stress affects countries in every continent. The majority of countries that have registered high water stress since 2000, however, are concentrated in Northern Africa, Western Asia and Central and Southern Asia.

Between 2000 and 2015, the world also lost an area of forest the size of Madagascar, due mainly to the conversion of forestland for agricultural use. Most of this loss is recorded in the tropics of Latin America, Sub-Saharan Africa and South-East Asia.

However, the rate of forest loss has slowed down globally in the period 2010-15 and this loss was partly compensated by the increase of forest area in Asia, North America and Europe.

First, many of the problems mentioned above would probably be less acute if there was sufficient investment in the agricultural sector (including fishery and forestry), it says.

However, the report finds that public expenditure in agriculture has been declining with respect to its contribution to the Gross Domestic Product (GDP). In particular, the Sub-Saharan African region and Oceania (excluding Australia and New Zealand) registered the lowest relative values of public investment in agriculture.

Promoting productivity growth and strengthening the resilience and adaptive capacity of small-scale food producers is also critical to reversing the trend of rising hunger and reducing the number of people living in extreme poverty, the report stresses.

Price anomalies could be addressed by improving information on prices and on food supply and demand for basic foodstuffs, allowing markets to function more efficiently.

Improvements in water productivity and irrigation in agriculture and reduced losses in municipal distribution networks, industrial and energy cooling processes are among the main issues to be tackled when it comes to water stress.

15 Jan 2021 --- Wellness, personalization, convenience and storytelling will dominate sports nutrition in 2021, according to FrieslandCampina Ingredients. The functional ingredient... Read More

Almond Board of California: 2021 trends point to “new kind of consumer consciousness”