You are in : All News > Europe sets total catch allowances but is it enough to recover fish populations?

Europe sets total catch allowances but is it enough to recover fish populations?

13 Oct 2021 --- Marine conservation groups are skeptical about the total allowable catches (TACs) allocated to European Member States this week by the EU Agriculture and Fisheries Council.

The main points of contention on the 2022 TACs relate to 10 leading fish stocks in the Baltic Sea.

The specific changes from last year’s TACs include a 45% reduction in the by-catch of herring in the Central Baltic. Herring by-catches were already cut by 50% in the western part of the Baltic due to low biomass levels.

Advocates for a healthy ocean ecosystem, Our Fish welcomes the Council’s decision to set fishing limits for sprat, central Baltic herring and plaice below the maximum limit advised by scientists. The organization expressly indicates that there is still much work that needs doing.

Speaking to FoodIngredientsFirst, Rebecca Hubbard, program director at Our Fish, says: “This will have flow-on benefits for the ecosystem and other fish populations. We hope to see a lot more of this in the future.”

Several NGOs, including Coalition Clean Baltic, FishSec, Our Fish, Oceana, Seas at Risk and WWF, expressed their joint disappointment that the fishing limits were still above the European Commission’s proposal and not in line with clear scientific advice.

However, the NGOs acknowledge that “some progress was made toward considering ecosystem impacts of fishing.” 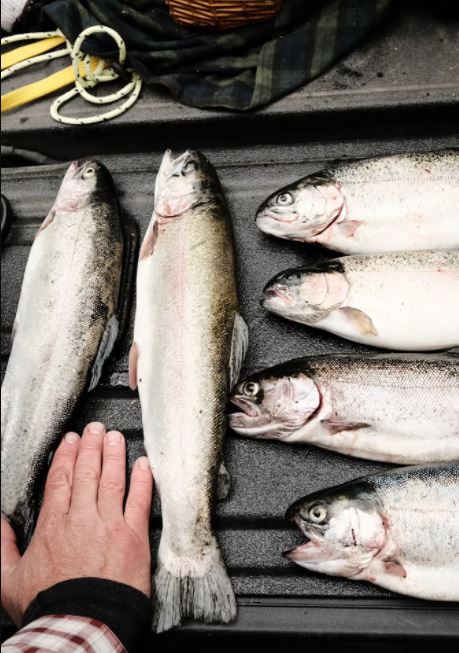 NGOs are hopeful that 2022 TACs restrictions will be the beginning of recovery for fish populations.TACs for 2022
The agreement determines the quantity of each fish species countries will be allowed to catch next year. It also sets out the conditions for fishing vessels operating in the region.

The Council is continuing to set a specific TAC for by-catches of cod stocks due to the lack of improvement in the numbers. The same will apply for salmon in the Main Basin despite a moderate increase in the TAC for salmon stocks in the Gulf of Finland.

The TACs for plaice and sprat have been increased by 25% and 13%, respectively.

Hubbard explains that while the Council did agree to halt targeted fishing of eastern and western Baltic cod, scientists recommend zero catch. The stipulation, however, is essential as two out of three of these fish populations are endangered.

“Unfortunately, Ministers decided that some fish can still be caught as ‘unintentional’ by-catch, which will mean it takes a lot longer for those populations to rebuild,” laments Hubbard.

The European Commission’s proposal to limit Baltic fishing is cautious given the highly degraded state of the Baltic ecosystem. Baltic cod stocks are gone; one herring stock is gone, while another is close to a collapse, says Nils Höglund of Coalition Clean Baltic. According to NGOs, the commission's proposal took the broader ecosystem into account and interactions between species.

These stipulations within the 2022 TACs are viewed as a clear step toward implementation of the ecosystem-based approach to fisheries management, as required by the Common Fisheries Policy.

Fish populations still under threat
Based on the current projections, “the Baltic Sea ecosystem will continue to unravel” if permission continues to be granted to fish already overfished, according to Hubbard.

She explains: “The move to consider ecosystem interactions is very welcome; however, the ongoing permission of fishing of populations that are overfished and extremely unhealthy has to stop.”

If overfishing does not stop, the Baltic Sea ecosystem will not perform essential climate mitigating functions nor sustain fishing communities.

According to AGRIFISH, the approved TACs and quotas are based on the scientific advice provided by the International Council for the Exploration of the Sea (ICES). In addition, the TACs allegedly reflect the aims of the Common Fisheries Policy (CFP).

If overfishing does not stop, the Baltic Sea ecosystem will not be able to sustain fishing communities.Some of the more noteworthy measures in the new TACS include restrictions applied to recreational fishing and temporary fishing bans during specific periods to protect cod spawning.

Hubbard is hopeful that the restrictions set by the latest TACs are the beginning of recovery for fish populations.

“A number of fish populations are so chronically overfished that the positive decisions made today will not fix the problem overnight or in a year, but they will start the process,” explains Hubbard.

Höglund from Coalition Clean Baltic says the continued setting of TACs according to an “old harvest thinking” indicates the system is broken.

“Science and the EU law provided the basis for the Commission’s original proposal, and the Commissioner clearly stood his ground, and for that, he and his team deserve praise, and so do the States that supported him. However, several member states have again chosen short-term gains for a few fishermen in big boats, fishing for fishmeal,” says Höglund.

Low-impact fishing needed
Fishing TACs for Norway pout have been included in the agreement with the start of the season in November. Because the stock is partly present in UK waters, the TAC will be revised at the end of the year to include consultations with the UK.

“Baltic fisheries ministers must continue to listen to the ocean and the science, and now prioritize access to the small amount of fishing that remains for low-impact and low-carbon fishing vessels, so that we can try to salvage a future that involves a living Baltic Sea and the benefits from climate protection it can offer,” explains Hubbard.

Hubbard believes the future of the Baltic Sea relies on better decisions that reward the “most responsible and sustainable fishers.”

The NGOs concur that the decisions made this week adhere to the legal obligation of the Common Fisheries Policy to abide by ecosystem-based management of fisheries and are hoping for more substantial outcomes in the future.

“We are concerned about the short-sighted perspective given the severe circumstances we are facing in the Baltic Sea,” concludes Jan Isakson, the director of FishSec.

Earlier this year, ocean lobby groups were taken aback by the European Commission proposal for Baltic fishing limits for 2021. They welcomed the plans to preserve fish stocks, particularly for Western Baltic herring.

They were concerned then that not enough was being done to help fish populations recover.

Fuji Oil Holdings, headquartered in Osaka, Japan, has established its fourth R&D center, which is also the first to be based in Europe. The move further enhances the... Read More

Ocean lobby groups and NGOs have been left reeling following the latest European Commission proposal for Baltic fishing limits for 2021. While they welcome plans to... Read More

Lobby groups are calling for an end to overfishing in the North East Atlantic following the publication of an overfishing league table listing the worst offending EU... Read More