You are in : All News > EU MEPs Back Emergency Plan to Import 70,000 Tons of Tunisian Olive Oil Duty Free 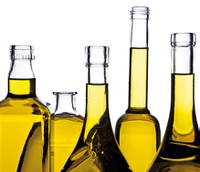 26 Jan 2016 --- A proposed emergency measure to import 70,000 tons of olive oil from Tunisia duty free, to help boost the struggling Tunisian economy, hit not least by terrorist attacks of 2015, was backed by the EP Trade Committee on Monday. To meet the concerns of the EU olive oil producers, they nonetheless inserted an amendment that allows the measure to be reviewed and corrected mid-way, should it harm the EU economy.

MEPs backed the European Commission’s proposed exceptional measure by 31 votes to 7, with 1 abstention.

“At a time when Tunisia is facing very serious problems, our vote gives the right signal: that the EU stands alongside Tunisians and that we intend to exercise solidarity in a tangible way”, said rapporteur Marielle de Sarnez (ALDE, FR) after the vote.

"I know that for colleagues from some countries, the question of olive oil is a sensitive one. I want to reassure them that the amendment we adopted provides that, if after a year we realize that there is indeed a problem, the Commission may then take steps to rectify the imbalance”, she added.

If the full Parliament follows the trade MEPs’ recommendation, a two-year temporary zero-duty tariff quota of 35,000 tons per year (70,000 tons in total) for EU olive oil imports from Tunisia will be available from 1 January 2016 to 31 December 2017. It will however apply without increasing the overall volume of imports from Tunisia (the EU will discount duties from the olive oil Tunisia is already exporting to the EU).

Trade MEPs added an additional provision on mid-term assessment, asking the Commission to assess the impact on the EU olive oil market at mid-term after the measure’s entry into force, and take corrective measures, should the balance of the EU market be disturbed.

The terrorist attacks of 18 March 2015 in Tunis and 26 June 2015 in Sousse hit the Tunisian economy very hard at a time when it was already facing serious difficulties.

17 Mar 2020 --- Seed-breeding specialist Equinom Ltd, is expanding its operations with the opening of offices in the US to serve the North American market. The move will accelerate... Read More

11 Mar 2020 --- The European Commission (EC) is presenting a new Circular Economy Action Plan that details a roadmap toward closing the loop on sustainable sourcing and... Read More