You are in : All News > Del Monte Follows Campbell Soup and Switches to Non-BPA Packaging 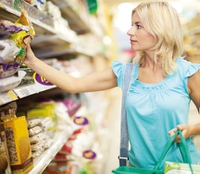 30 Mar 2016 --- Del Monte is to follow Campbell Soup and other food companies and switch to non-BPA packaging. The US canned food giant said it was shifting away from BPA packaging in response to customer demand.

It said the shift would begin with the company’s fruit and tomato products and nearly 100 percent of its vegetable products in May this year.

In a further announcement, Del Monte said it is also shifting away from the use of GMO (Genetically Modified Organisms) when making its products, also in response to consumer demand.

The fruits, vegetables and tomatos in Del Monte products have always been non-GMO but some added ingredients for sweeteners or flavorings have been sourced from genetically modified crops, such as corn or soybeans.

Del Monte, whose brands include Fresh Cut and SunFresh, said this would now change and that all added ingredients in all its vegetables, fruit cups and most tomato products will be non-GMO, making up a total 154 of its products.

Del Monte has already began the process of verifying non-GMO ingredients from suppliers.

“Our non-GMO and non-BPA milestones are the direct results of great dedication and major contributions from many people inside Del Monte as well as our suppliers and partners.”

The move from Del Monte comes amid heightened awareness of BPA (also known as Bisphenol A) and potential health scares linked to it.

A number of studies have been published showing that the chemical can lead to cancer and other health problems.

Campbell Soup and General Mills have already responded to consumer jitters by switching away from using packaging containing the chemical.

The US Food and Drug Administration (FDA) has stated that BPA at current levels used by food companies is safe.

Q1 2020: Campbell to funnel US$3bn from divestitures into debt reduction

06 Dec 2019 --- Campbell Soup has released its Q1 2020 results disclosing a drop in organic sales by 1 percent, as a decline in the Meals & Beverages segment was partially... Read More