You are in : All News > Complementary Thanksgiving flavors trend in quirky product mash-ups amid rising prices 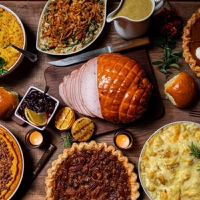 25 Nov 2021 --- This Thanksgiving sees US consumers embrace category-bending NPD at all price points, from festive fast food offerings all the way through to gold-coated turkey.

“Ingredients in the typical Thanksgiving dinner have many flavor components in common. Root vegetables and members of the onion family share many similar flavor compounds,” explains Kantha Shelke, a food scientist and member of the Institute of Food Technologists (IFT).

Since the sense of smell is responsible for 80% of flavor perception, the tastes and aromas come together to create Thanksgiving flavors that complement each other well, she explains. 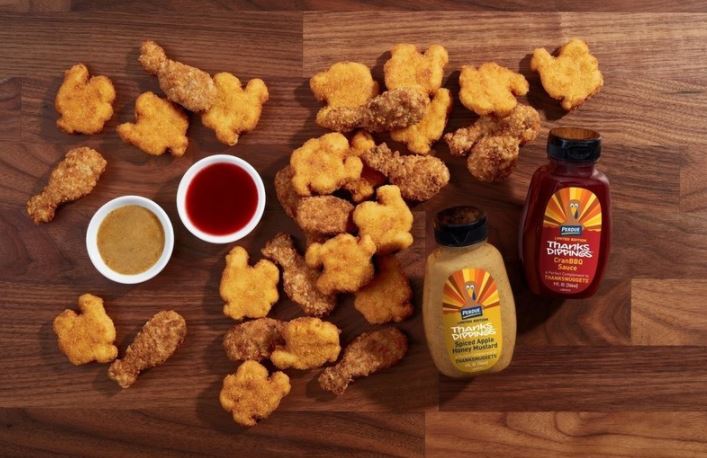 Casual bites
In the lead-up to Thanksgiving, there has been a cornucopia of offerings targeting festive flavors beyond the day itself.

Sumptuous mains
According to the US Department of Agriculture (USDA), Thanksgiving staples are on average 5% more expensive this year than in previous years. For example, a large turkey will cost US$1 more than in 2020.

New Yorkers who are seeking out an extra extravagant restaurant option can turn to Empire Steak House, which is offering diners a 24 karat gold turkey, priced at US$2,500.

This year, members of the nutrition industry have also been debating the nutritional benefits and drawbacks of turkey.

Meanwhile, Tyson is spotlighting chicken, declaring it the official bird of Friendsgiving – a meal generally enjoyed with friends instead of family.

A recent survey of more than 1,000 consumers across the US revealed 65% of people who celebrate Friendsgiving want chicken during the holidays and 77% want to create new traditions, which may include anything from who is at the table to decorations to games played.

Empire Steak House is embracing its motto of “dine like an emperor” with its gold-covered turkey.

Meanwhile, Reese’s unveiled a 9-inch peanut butter cup, positioned as an alternative to traditional pie. Containing 3.25 lb of solid peanut butter and chocolate, it is the largest Reese’s Cup on the market.

For those planning to consume the classic pumpkin pie, Shelke of IFT explains why most people enjoy it best warm or at room temperature.

“At room temperature, the filling has the perfect creamy texture and the crust is still delightfully crunchy and flaky. People who enjoy warm pumpkin pie are seeking its aromas, and they relish the flavors in the filling and the buttery notes of the crust.”

Meanwhile, Kerry recently revealed that while traditional indulgent flavors such as pumpkin spice, caramel and chocolate remain popular in beverages, there is a steady demand for infusing them with health benefits and plant-based offerings.Salt & Straw’s Friendsgiving series sees the full Thanksgiving meal reimagined as ice cream.

Back to the roots
While many US residents associate Thanksgiving with concepts of Pilgrims celebrating in harmony with Native Americans, some people mark the fourth Thursday in November as a national day of mourning, aiming to dispel myths and commemorate Native Americans lost to genocide.

Notably, many people overlook the role that Indigenous people have had in developing everything from peanuts and beans to pumpkins.

First Nations Development Institute notes that while only 5% of the world’s population is Indigenous, they hold 25% of land tenure and play a vital role in 80% of the world’s diversity, having domesticated 60% of the food eaten all over the world today.

“We have been stewards of this land, protectors of the water and guardians of our animal brothers and sisters since time immemorial,” the US-based organization emphasizes.

Meanwhile, New Zealand-based Pāmu produces deer milk, which could help improve the general nutrition of senior populations. Pāmu is the Māori word ‘to farm,’ and some farms will eventually return to iwi ownership as part of the Treaty of Waitangi settlements.

Among highlights this week, Mtn Dew partnered up with Dr Disrespect to bring its Championship Citrus Cherry to the gaming community and Royal Avebe developed a... Read More

Mushroom mycelia researchers and supplier MycoTechnology nabbed a further US$85 million in the company’s largest series E funding round yet. MycoTechnology will... Read More