You are in : All News > Companies close down Ukraine operations as WHO warns of looming health crisis 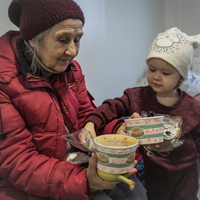 04 Mar 2022 --- As the Russian offensive on Ukraine gains momentum, the impact on people and businesses alike continues to worsen. Reports of baby food shortages have already emerged with pleas for help, while numerous companies in Ukraine have shut down operations out of safety concerns.

Attempts for a diplomatic breakthrough in a 90-minute call between Russian President Vladimir Putin and French President Emmanuel Macron on Thursday left the latter saying “the worst is yet to come,” according to a French official.

The words appeared to reflect the uncertainty and instability on the ground, with access to food already an issue. NutritionInsight speaks to humanitarian organizations and companies juggling their operations and employee safety.

“Conflict is a key driver of hunger and food insecurity in the world. Ukraine is no exception. We are deeply concerned about the potential impact on access to food for civilians in affected areas and the potential impact on food security elsewhere in the region,” says Anne Poulsen, communications officer at the World Food Programme (WFP).

The World Health Organization has already expressed concern over an escalating health crisis while UNICEF says: “Intensifying hostilities in Ukraine pose an immediate threat to the lives and well-being of the country’s 7.5 million children.”

Companies such as Nestlé, Danone, Lactalis and BASF, which have operations in Ukraine, struggled to keep business going, temporarily closing down with some tentatively reopening.The conflict is set to further increase food prices.

Shuttering operations
French food giant Danone closed down one of its two factories in Ukraine and temporarily stopped production in the other.

Russia represents approximately 5% of Danone’s 2021 revenues and Ukraine less than 1%. In both countries, Danone mostly operates in essential dairy and plant-based products, with a model that is vastly localized, from milk sourcing to manufacturing to distribution.

Dairy giant Lactalis also halted production at its Nikolaev facility, it was reported on Monday. The factory is one of the three in Ukraine and began operations again at a slower pace on Tuesday, it emerged.

BASF also closed all its sites in Ukraine, which concern agriculture, nutrition, health and care, catalysts, coatings, dispersions and pigments, performance chemicals, performance materials and petrochemicals. The company is supporting its 235 employees the best way it can, Philipp Roßkopf, corporate media relations, says.

Shrouded in uncertainty
Asked what the impact will be to BASF’s operations and the broader industry, Roßkopf outlines: “it is not yet possible to assess potential effects due to the dynamically evolving situation.”

Nestlé has already temporarily closed its factories, warehouses and supply chain in Ukraine. A Nestlé spokesperson says the company has three factories in Ukraine with sales mainly in culinary food products, coffee, confectionery, and 5,800 employees.

On Thursday, the spokesperson said: “A limited part of our supply chain operations is running today in places where it is safe to do so. We remain committed to continuing to serve the local people with essential food and beverages.”

Politics meets business
Meanwhile, the ramifications of the sanctions imposed by the EU and US against Russia are beginning to dig their heels in. The value of the ruble sank to record lows, Russian banks booted from the interbank SWIFT system left people unable to receive their pay and thousands of Russian tourists were stranded abroad.

As numerous companies pile on the pressure on Russia, businesses such as Nestlé and Danone, which kept operations going in Russia, are facing mounting backlash from consumers.

“By continuing operations in Russia, you are indirectly funding the atrocities through any taxation you’re paying. It’s time to #standbackfromrussia, not just #standwithukraine,” one netizen wrote.

Nestlé highlights it has six factories in Russia producing “essential food and drink products for the local people.”

“We also employ more than 7,000 employees in the country, most of whom are locals. As a food company, our mission is to provide adequate and reliable access to essential food and drink products to the local people everywhere we operate. We comply with all international sanctions wherever we operate.”

Pulling the brakes on Russia
Sweden-based vegetable oil and fat producer AAK has temporarily halted sales and deliveries to Russia.

“Even though AAK is a supplier in the food sector, which is not subject to sanctions, it has become very difficult to secure compliance to sanctions related to logistics and trade flows as well as third parties.”

Roßkopf underscores: “Effective immediately, BASF will only conduct business in Russia and Belarus to fulfill its existing commitments in line with applicable laws, regulations and international rules. New business opportunities in Russia and Belarus will not be pursued, the sole exception being related to food production in the context of humanitarian efforts.

“BASF will evaluate these decisions and other matters related to this evolving situation on an ongoing basis.” 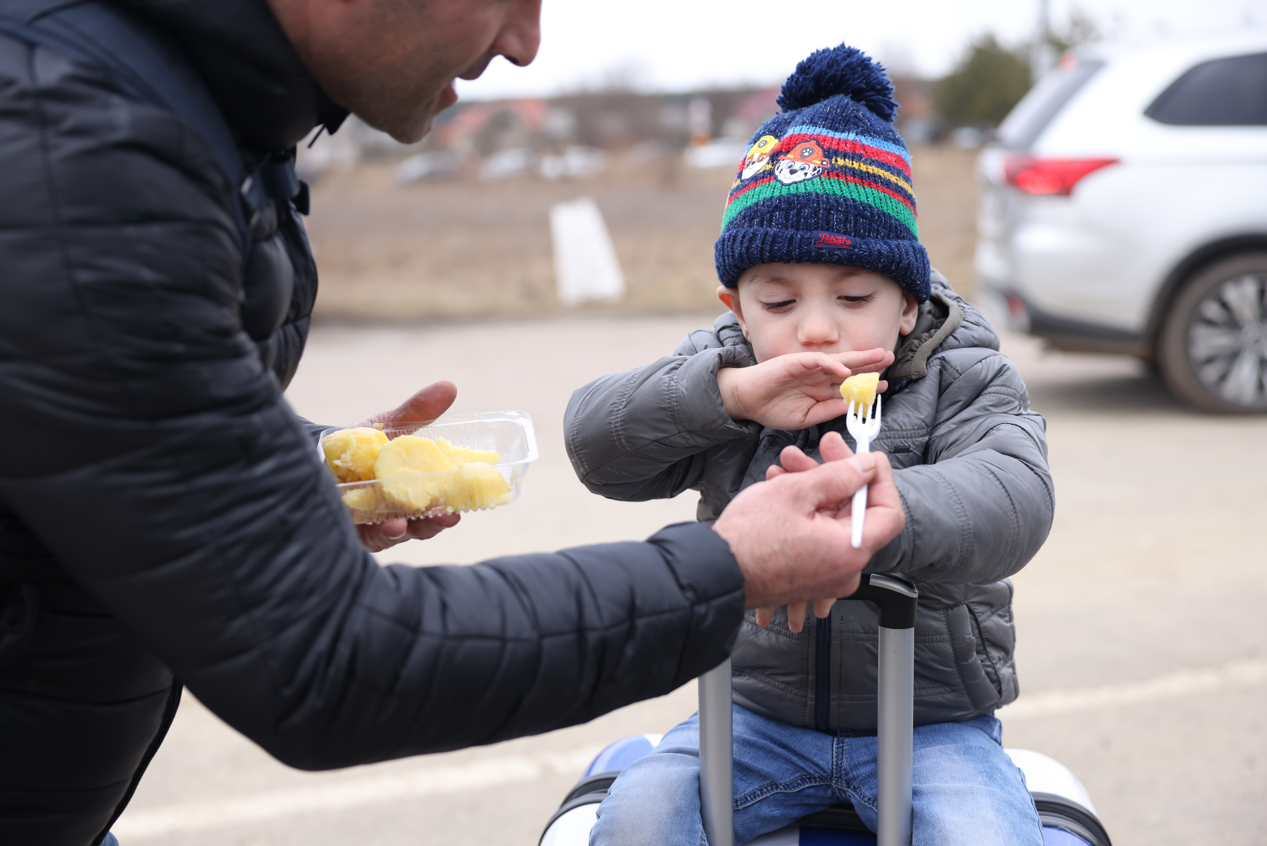 Companies are donating funds and food to Ukraine, though consumers are pushing for shutting down operations in Russia. Credit: UNICEF.

Calls for help
Social media was awash with humanitarian organizations and individuals alike, pleading for donations as scarcity became all the more apparent.

“There is a terrible shortage of infant formula and medicaments in Ukraine. There are babies that haven’t received nutrition for three days or more because of shortage and bombardments,” one post read.

Groups rallied together as internet disruptions became apparent, while the WFP says upon request from the Ukrainian government, the organization is building up a three-month emergency operation inside the country.

“WFP is scaling up to reach up to 3.1 million people affected by the conflict through the use of cash-based transfers as well as in-kind food distributions,” Poulsen highlights.

Meanwhile, the United Nations and humanitarian partners launched coordinated emergency appeals for a combined US$1.7 billion to urgently deliver humanitarian support to people in Ukraine and refugees in neighboring countries.

Future fears
Currently, the food industry is bracing for export deficiencies from Russia and Ukraine with fears about the uncertainty that is set to follow, coupled with supply chain issues and inflationary pressures that pushed world food prices to a ten-year high.

“The Black Sea basin is one of the world’s most important areas for grain and agricultural production. Between them, Russia and Ukraine account for around 29% of global wheat exports, so any disruption in production or supply could push prices up further, impacting millions of people already affected by high food inflation in their countries,” Poulsen adds.