You are in : All News > COFCO Acquires Part of Coca-Cola’s Bottling Operations in China 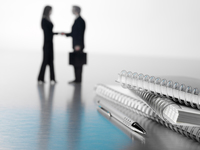 21 Nov 2016 --- On November 19th, COFCO Coca-Cola Beverages Limited, a subsidiary of COFCO Corporation, together with the other two main Coca-Cola bottlers in China and the Coca-Cola Company, reached a definitive agreement to refranchise all existing Coca-Cola bottling operations in China. Upon the completion of the agreement, COFCO and Swire will carve up Coca-Cola’s bottling operations in China, among which, the number of bottling plants run by COFCO will increase from 12 to 18.

Zhao Shuanglian said, Coca-Cola’s strategic decisions of refranchising, refocusing on brands and markets coincided with COFCO’s long-term vision of improving quality and efficiency, and building a market-oriented, specialized modern enterprise. And the scale effect, regional synergy and cost optimization that the new initiative brings will certainly boost Coca-Cola and its partners to achieve a new leap forward in China.

Muhtar Kent appreciated COFCO’s continuous trust and support to Coca-Cola. He said, cooperation with COFCO on bottling operation contributes significantly on driving Coca-Cola’s performance both in China and on a global scale. This transaction marked a new page in the company’s business transforming process. Coca-Cola would refocus on core advantages of building brands and leading strong global franchise system.

Cooperation between COFCO and Coca-Cola dates back to 1979, when COFCO facilitated Coca-Cola’s returning to Chinese market in the very beginning of China’s reforming and opening up. CBL was established as a joint venture as mutual cooperation kept deepening. Ever since its foundation, CBL has remained NO. 1 in annual sales volume growth in Coca-Cola China Region, and has been among top 10 global Coca-Cola bottling groups since 2010.


As an important section of the whole industry chain of COFCO, BCBE creates rich and varied products deriving from corn on the support of powerful bio-tech. Through superior service system and global network, we are striving for one-stop nutritional solution to our hi-end food customers. Hand in hand with our clients, we develop new formula and flavor with nutrition and health for millions of households.

By right of advanced bio-refining process and outstanding R&D, the industrial platform of BCBE is also endowed with new conception and application of green and environment-friendly. As the largest biofuel provider in China, BCBE makes great contributions for energy saving and emission reduction in transport sector, fulfilling the social liability of state-owned corporation. Meanwhile, complying with national strategy and industrial plan, we are focusing on the exploration and industrialization of non-grain advanced biofuels and biodegradable material for the purpose of decreasing environmental pollution and breaking a new path for national energy security and energy saving.