Further innovation is around the corner, with Natural Dark being “a start, not an endpoint,” hints Director of R&D

30 Aug 2019 --- Barry Callebaut’s premium cocoa brand, Bensdorp, is launching Natural Dark – a cocoa powder that uses new technology to create a deeper color and flavor without an alkalization process. In an exclusive press event, FoodIngredientsFirst heard firsthand how the product will enable food manufacturers to deliver a rich chocolate flavor in all major applications, while still offering a clean label to an increasing number of consumers who are uncomfortable with alkalization.

“A lot of consumers may lose oversight about what happens during food processing. In order to understand their food, they like to have something that is simple and clean, with a limited amount of ingredients. We haven’t seen the peak of the clean label at all – it’s still rising. It has different traction in various countries, but it is still a global trend. We will be amazed at what we see five years from now,” says Leanne de Muijnck, Global Director of Cocoa R&D at Bensdorp.

Previously, dark cocoa powder was achieved through alkalization, a process also known as “Dutching,” which lowers the acidity of the product. Although it is a standardized process that has existed for hundreds of years, there is a growing group of consumers who seek to avoid any food that has undergone what they perceive as a chemical process.

Due to US regulations, labels show the ingredient as “cocoa processed with alkali,” while in Europe, a percentage of above 7 percent will show as an E-number on the label, de Muijnck explains. “This is unattractive for a specific group of consumers. These consumers who are interested in natural products and who want to avoid the word ‘alkali’ or e-numbers on the label are who we’re aiming at.”

Natural Dark has been made available to other businesses as of today. “We did supply some sneak previews to some select companies, and there are some products on the market in Asia and North America already, with Europe to follow soon as well. Additionally, in the next half-year or so we expect coverage to become more extensive. We cannot give any brand names, but these are large companies. The labels will simply say that they are made with ‘Natural Dark,’” de Muijnck continues. 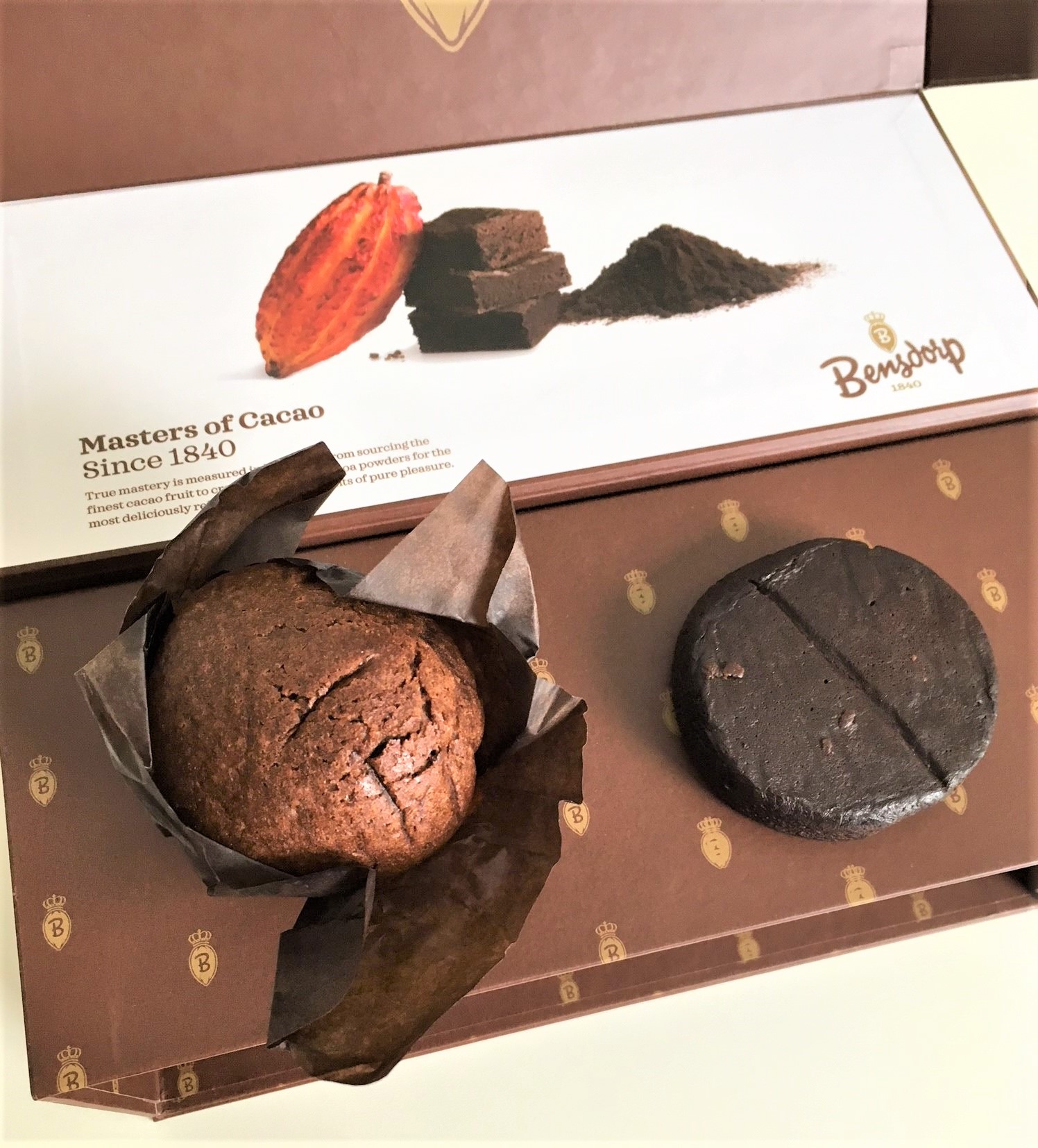 As part of an interactive tasting, a brownie containing the Dark Natural was provided to compare with a muffin made with standard cocoa powder.A two-year journey
Natural Dark is the result of a two-year development process, which is relatively fast for the industry but de Muijnck – who has been with the company for 28 years – notes that it builds on prior knowledge. Although the team attained the desirable dark color after the first year, the taste was still not intense enough, which led them back to the drawing board. While the process is not patented, the method used to create the Natural Dark is a company secret – although it does have to do with the type of cocoa bean used. The company notes that the product now has the desired color, taste, texture and natural credentials.

“We were not trying to copy alkalized cocoa powder because, in the end, it’s a chemical process that would have been near-impossible to mimic. Instead, we wanted something that was clean label and had a dark color, great flavor and wide applicability. If you take alkalized cocoa powder and compare it to Natural Dark, the alkali one will still have different notes – it’s a more traditional cocoa flavor. It’s difficult to describe an alkalized flavor in comparison to the roasted flavor from Natural Dark,” de Muijnck notes.

Although the researchers have not done an exact chemical analysis on the new product, they do note that Natural Dark has less starch than other cocoa powders. This means that the end-products stay moist even after baking and that the batters are more liquid in comparison to other cocoa powders that tend to hydrate more.

Imminent innovation to come
De Muijnck points out that the Natural Dark is just the beginning of their research process. “I don’t know how many years it will take, but we’re definitely looking at expanding the portfolio,” she says. In the short term, the company will be releasing another “innovation in the world of chocolate and beyond,” which will be announced in the next month.

“The upcoming launch will tap into products that satisfy the need for health and wellbeing, especially for Millennials and Generation Z. The category has a different meaning for them, which has implications for all food and beverages across the world, including indulgence and what the category should stand for,” explains Bas Smit, Global VP Marketing at Barry Callebaut.

He continues that many consumers counter eating high-fat and high-sugar chocolate bars by adding in nuts or fruits as an “alibi.” However, now they are expecting that future innovations will help to improve the nutritional profile of chocolate itself. “The biggest challenge we face at the moment is making sure that the consumers’ need for health and wellbeing is satisfied with products that are tasty and have a better nutritional profile.”

Within the health space, one of the most important aspects is sugar intake, according to Smit. “For example, British children are consuming extraordinarily high amounts of sugar each day. That needs to be addressed, including by the chocolate category. For too long, consumers have accepted that its fine for chocolate to be high in sugar. That’s not going to be the case in the future. Governments are also imposing legislation, but ultimately, it’s the consumer that will drive the change. They will ignore you if you’re not supporting them to live a healthier life. That’s what we have to nail, and have nailed.”

In the sugar-reduction space, Nestlé created a 70 percent chocolate with no added sugar by using leftover material from cocoa plants as a sweetening ingredient. Additionally, Mondelēz is capping the calorie count of UK child-targeted chocolate and biscuits at 100 calories.

Global ingredient manufacturer Kemin Industries is breaking ground on a new manufacturing site in Verona, Missouri, US. The US$40 million site is designated toward... Read More