You are in : All News > Chilled Food Added To M&S Surplus Food Scheme 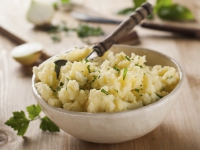 18 May 2017 --- Marks & Spencer (M&S) have announced the extension of its nationwide food redistribution scheme to include chilled food such as meat, dairy items, poultry and ready meals, as part of its Plan A target of reducing food waste by 20% by 2020.

Launched in October 2015, the existing scheme has helped M&S to connect all its stores to local food charities and community groups – from soup kitchens for the homeless to community cafés supporting local families with meals. To date M&S has donated 1.25 million meals to 595 food charities across the UK and Northern Ireland. By adding chilled food to the fruit, vegetables, bread, cakes and groceries and dry packaged goods and tins already donated – M&S will play a key role in helping charities feed people in need of a safe, sufficient and nutritious diet.

M&S works in partnership with Neighbourly, the social network for social good, to connect local charities with their local M&S store. The site has allowed M&S to remove some of the main logistical barriers to redistributing chilled food, including ensuring that all those charities registered have refrigeration to transport and store chilled food, as well as having the correct food hygiene credentials in place.

During the last month, 130 M&S stores have begun redistributing surplus chilled food to their local charities. M&S will review the extension at the end of May with a view to roll out to further stores where the charity partner has the approved infrastructure in place. The chilled launch follows a pilot in 70 M&S stores this Christmas which aimed to find the most effective and safe way of redistributing surplus chilled food to ensure it is put to the best possible use.

Commenting on the new chilled food donations, Louise Nicholls, Head of Responsible Sourcing, Packaging & Plan A at M&S said: “Addressing food waste is a key area of focus for M&S and we have been working hard to reduce food waste whilst ensuring that, where there is food surplus, we put it to the best possible use. Over the last year our partnership with Neighbourly has allowed us to connect our stores to local food projects and help support our local communities. By extending our food surplus scheme to include chilled food we’ll be able to go even further in helping charities support those in need with safe and nutritious food.”

Nick Davies, Founder of Neighbourly, added: “People often under-estimate how determined companies like Marks & Spencer are to help protect the planet and the communities they serve. For 10 years now the Plan A initiative has guided behind-the scenes efforts to tackle climate change, source sustainably and reduce waste whilst never compromising safety or the customer experience. Their request for help with chilled food is just the latest step in an ambitious journey and Neighbourly is delighted to assist - it’s good for society, good for business and good for the soul."

Dr David Moon, Head of Food Sustainability WRAP, said: “WRAP estimates that approximately 47,000 tonnes of surplus food – the equivalent of 90 million meals – is currently being redistributed to feed people in the UK every year. This is a great move by M&S and opens up a new area of surplus food that can go to feed people, rather than potentially being wasted. No food should go to waste when there are options like redistribution, and Courtauld 2025 signatories have responded with a collective ambition to double the amount of surplus food they redistribute by 2020. This move by M&S is a great example of the kind of action that will help make that ambition a reality.”