You are in : All News > Chicken-less egg proteins and more: Clara Foods investment could lead to innovative rollouts, claims Ingredion VP

05 Jun 2019 --- Ingredion is looking into Clara Foods’ innovative pipeline that encompasses solutions that address several platforms beyond chicken-less egg proteins. Clean label preservatives, clean proteins, nutritionals for improved digestibility, as well as albumin replacement are all platforms being proposed to customers, with a 2020 market rollout for initial products being considered. This is according to Joseph Light, VP, Global Development & Ingredient Technology at Ingredion, which led a Series B funding round in the San Francisco-based biotech start-up in April 2019.

“It is really a collaboration that we want to work with them on,” he tells FoodIngredientsFirst at IFT 2019 in New Orleans. “They have a pipeline of new products that they want to bring to the marketplace and that we think will fit very nicely within what some of our customers are looking for.”

A series of products exist that the company is starting to talk to customers about potentially bringing to market. “For example, clean label preservation, clean proteins that are highly soluble and could go into a range of different food products at very high concentrations. They also have products that could help with improving digestibility, so perhaps in the supplement area. Also, it could be about replacing albumin in bakery and different types of food applications,” he notes.

Under the terms of the agreement, the financial details of which are undisclosed, Ingredion is partnering with Clara Foods to globally distribute and market multiple proteins derived from yeasts that are traditionally found in eggs. These products will augment Ingredion’s portfolio to include highly functional proteins that will produce food and beverages with higher levels of protein and unique characteristics without the inclusion of animal-derived inputs and come as part of a strong protein strategy.

“The technology is a fermentation technology where we basically identify a very specific protein that you want to produce and through a fermentation process, you are able to produce that nature identical protein,” Light explains. “Clara Foods’ focus has been initially on egg protein, but they have expanded beyond that area. We want to start engaging in discussions around the products and are looking at a first launch beginning in 2020. We are looking at two of these options first, but we want to validate with customers first on what their interest is,” he adds.

For Harshal Kshirsagar, VP of Product at Clara Foods, the most important part of the Ingredion investment is the scale and penetration that comes from working with the ingredient powerhouse. “We are a small company that is a 4-year-old start-up that employs 35 people, 90 percent of whom are scientists,” he notes. “So what we will be able to do is take our technology and scale it up in a way that it can be taken to market. We are making a lot of pilot studies validating with customers and consumers and building the roadmap for our commercialization,” he says.

Kshirsagar notes that the company has already validated the quality and that it is now a matter of slowly scaling this up and putting a regulatory and business development structure around it. He touts a very robust pipeline for the biotechnology innovator. “So far we have validated six different proteins. We have a nutritional protein, a functional protein, two specialty enzymes and also a prebiotic. We can take any of those and scale them up and make them available at commercial quantities based on what the market demands,” he explains. The beauty of this technology is that it is very scaleable up to 2 million liter fermenters, Kshirsagar claims. 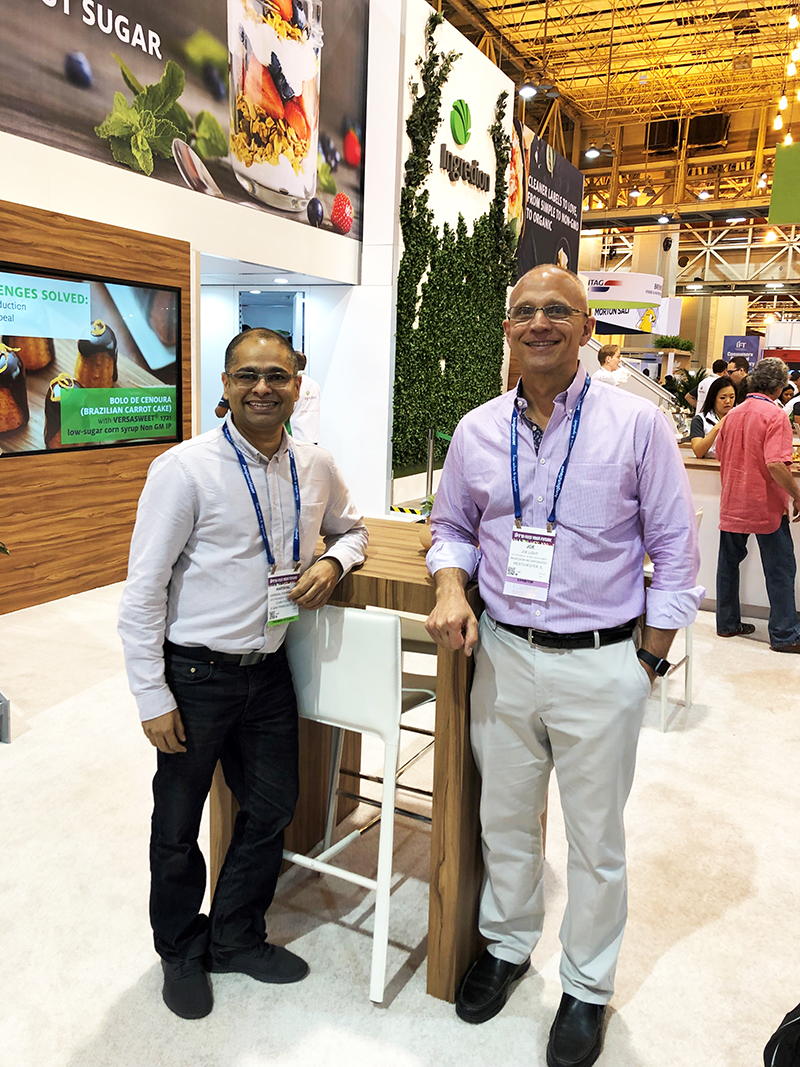 While the technology that Clara Foods uses is patentable, it is very well known and has been used for some seventy years already, with Impossible Foods an example of a company using it very well now. “We are using the same strain technology and very established process technology. There is nothing new in there, which makes the scale up much easier. The IP will really come from the product. We are making these unique novel proteins and we are going to protect them in these applications,” Kshirsagar notes.

In the case of the company’s chicken-less egg protein, Clara Foods has succeeded in replacing the specific groups of proteins in egg white without necessarily replicating it compound for compound. “You don’t need the 100 plus proteins that the egg has. You need these specific proteins in these specific ratios to make functional egg products. That is a matter of composition supporting manufacturing. No one is able to make the mass the way we can where individual proteins are put in that ratio and make functional proteins out of them,” he adds.

Clara Foods is currently also evaluating what the consumer response will be to a product created in a lab. Kshirsagar is encouraged by the success of Impossible Foods, however. “The consumer sees that bleeding burger and they want it; they don’t care about the source or how they make it,” he notes.

Clara Foods also conducted a couple of studies on their highly soluble proteins, with the conclusion being that taste is king. “If a product has a good value proposition and it tastes delicious, the consumer is willing to overlook exactly where it is coming from. This doesn’t mean you need to hide it, but it is a secondary factor,” he adds.

For Ingredion, this latest move complements their recent US$140 million investment to expand their portfolio of plant-based proteins, including pulse flours, concentrates and isolates. Recent announcements have included the construction of a pea protein isolate factory and also a joint venture in Canada to produce pulse flours and pulse concentrates.

“All of that work is on-trend with what is happening in the marketplace, with a consumer trend moving towards more plant-based foods. The millennial group is looking at what foods they can consume to help improve the quality of life on our planet amid challenges around resources and questions around animal proteins,” says Light.

Moving forward with plant-based proteins, Ingredion is clearly focused on innovation and bringing new functionalities and ingredients to the marketplace, with Clara Foods having been considered as suitable for investment for some time already. “We identified about three years ago the novel functional properties that they were going to be able to produce through their unique fermentation technology to replace animal proteins. We identified particularly with the egg protein functionalities that those would fill a need in the marketplace to potentially replace egg, which has gone through cyclical price increases and availability challenges for many years,” he explains.

“Enormous” customer interest has happened since the April announcement, Light claims. “We revealed the relationship that we have established, a lot of customers have gotten in touch with us to understand the technology and what the pipeline will be,” he notes.

Further investment moves seem likely too. “We are always looking at new technologies that will allow us to bring new ingredients and solutions to the marketplace. The food industry is changing very rapidly and the start-up culture is bringing lots of new products and technologies to the market. We need to be engaged with that ecosystem in order to identify new material,” says Light.

Kshirsagar is “bullish” on the outlook for the synthetic biology development that is fueling start-up innovation in the Bay Area. “We do believe that in the next 5-10 years, synthetic biology will provide a lot of the answers to the food supply chain problems. One of us or all of us may crack that code,” he notes.

Ingredion is showcasing a variety of trend-connected ingredient solutions at the IFT19 Food Expo in New Orleans, which concludes today in New Orleans. The company, along with TIC Gums and Kerr Concentrates, both business divisions of Ingredion, are sharing formulation expertise and ingredient solutions through 16 food concept prototypes to help support manufacturers’ creation of products that meet shifting consumer needs.

By Robin Wyers in New Orleans

20 May 2020 --- As plant-based product launches continue to diversify, there is a rising expectation from consumers that yogurt and dessert alternatives should taste as good as... Read More

14 May 2020 --- Ingredion has entered into an exclusive commercial agreement with Northern Quinoa Production Corporation (NorQuin) to globally distribute and market NorQuin's... Read More

08 May 2020 --- Functional ingredients manufacturing company Ribus has joined forces with Innovative Proteins USA to purchase a manufacturing plant in Illinois, US. The facility is... Read More

06 May 2020 --- Ingredients supplier Ingredion has reported its results for the first quarter 2020, highlighting undisrupted demand for its products amid COVID-19. The company... Read More

04 May 2020 --- Consumer expectations for free-from foods is high and comes with a number of challenges for manufacturers. That is according to Janin Zippel, Marketing Manager... Read More