You are in : All News > Campbell poised to reveal results of review, is proxy fight looming? 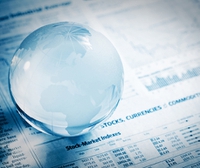 29 Aug 2018 --- Ahead of Campbell’s reporting its company review and fourth-quarter earnings, speculation is mounting over whether or not the long-established US snacks and soup company will be put up for sale amid a drawn-out period of falling sales. The discussion is mounting as consumers ditch high sodium packaged goods in favor of healthier alternatives. But many believe that the chances of a company sale are slim.

The New York Post has reported that the struggling canned food giant is expected to announce this week that it doesn’t plan to sell itself to a strategic buyer. Sources have told the publication that this could provoke billionaire and hedge fund manager, Dan Loeb into waging a proxy fight against the company’s board of directors.

Earlier this month Loeb’s New York-based Third Point LLC recommended the company put itself on the block. Third Point said in its filing with the Securities and Exchange Commission: “The only justifiable outcome of the strategic review is for [Campbell] to be sold to a strategic buyer.”

Reuters also says that the family that controls Campbell Soup Co looks set to be on a “collision course” this week with new hedge fund investors pushing for the company to sell itself.

Meanwhile, shareholders and industry are keen to hear the results of the company’s three-month review on what direction the company is taking. Though there is a very slim chance of a sale, some sources say it’s more likely Campbell could announce some kind of split of the company with some but not all brands being sold.

Foods like Campbell’s Soup and Pepperidge Farm cookies have fallen out of favor with consumers, particularly millennials who seek fresh and natural alternatives to canned goods.

Over the last two years, the New Jersey-based company’s share price has fallen by a third.

And the snacks and soup company is set to report the results of a strategic review on Thursday (August 30) as well as the fourth-quarter fiscal 2018 earnings.

In May, CEO Denise Morrison retired immediately after the company reported flat sales. This came as shares in Campbell Soup – which late last year acquired the Snyder's-Lance snack company in a US$4.87 billion deal said to be the soup company's largest ever in its 148-year history – were down 11 percent at US$34.85 in early trading.

The company reported a loss of US$393 million on sales of US$2.13 billion, or US$1.31 per share, in the quarter ended April 29, compared with a profit a year previously. This was mainly due to a US$647 million charge for its Campbell Fresh division, which is now being reviewed.

“Looking ahead, we will be reviewing all aspects of our strategic plans and portfolio composition. We anticipate that our review, which will take several months to complete, will lead to changes designed to improve our operating performance,” Chief Financial Officer Anthony DiSilvestro said at the time.

Last December, Campbell's also completed the acquisition of Pacific Foods of Oregon, LLC for US$700 million. The following month the company announced that its only Canadian factory in Toronto would close and production would shift to three existing facilities within the US.

Plant-based beverage launch
The Campbell Soup Company recently launched V8+Hydrate, a new plant-based hydration beverage that harnesses the natural goodness of sweet potato juice. Described as a “category-changing beverage,” the drink taps into the naturally occurring electrolytes and glucose of the sweet potato and blends it with water to create an isotonic beverage that quickly replenishes fluids and nutrients.

V8+Hydrate only has 45 calories in each 8-oz can and has one full serving of vegetables, no artificial sweeteners, is non-GMO, gluten-free and vegan-friendly. The plant-powered hydration drink is available in three flavors: Strawberry Cucumber, Coconut Watermelon and Orange Grapefruit.

Global peanut production is expected to amount to 50.5 million metric tons for the 2022 financial year, up 2% from 2021, according to the newly released Global... Read More