You are in : All News > BlueNalu scores US$60M to commercialize cell-based seafood in late 2021 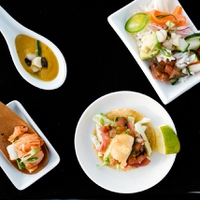 20 Jan 2021 --- US-based cell-cultured seafood company BlueNalu has closed US$60 million in debt financing from new and existing investors. This marks the largest funding to date in the cell-based seafood industry globally.

Speaking to FoodIngredientsFirst, Lou Cooperhouse, BlueNalu’s president and CEO, says: “We expect to launch with cell-based mahi-mahi later this year, followed by premium cell-based bluefin tuna thereafter. We will initially be launching in foodservice establishments where it will be served in a variety of dishes including ceviche, poke, fish tacos and other menu items.”

The company selected mahi-mahi for its initial product launch because of its sweet and mild taste, easily adaptable flavor profile and versatility in the kitchen. Mahi-mahi is also primarily an imported species in the US, where it will be launched.

Lou Cooperhouse, BlueNalu’s president and CEO.“Our products will offer significant benefits, as they will taste great and have the same texture, aroma and other sensory attributes that are familiar to seafood. They can also be prepared the same way as conventional seafood,” he continues.

Nutritionally close to its counterpart
BlueNalu’s cell-based seafood will also have the same nutritional attributes as traditional seafood, like omega 3 fatty acids, but will not contain any toxins, mercury, microplastics and other environmental contaminants that may be found in the ocean, Cooperhouse explains.

“Our products do not contain antibiotics and are not genetically modified. As a result, they will provide considerable benefits for our ocean and reduce the stress on our global fish stocks.”

“We are driven to produce cell-based seafood products that are healthy for consumers, humane for animals, sustainable for our planet and provide increased food security to each nation in which we go to market,” he adds.

The financing will allow BlueNalu to achieve several significant milestones over the coming year, including opening a nearly 40,000 square foot pilot production facility, completing FDA regulatory review for its first products and initiating marketplace testing in various foodservice establishments throughout the US.

“This financing will allow us to advance our mission and the next phase of our commercialization plans while we continue to develop strategic partnerships that will provide us with global market reach during the coming years,” Cooperhouse adds.

Seafood vulnerabilityBlueNalu will initially be launching in foodservice establishments.
To make the most significant impact on the global seafood supply chain, BlueNalu has developed a platform technology that can produce a wide variety of marine species.

“We’ve focused on a variety of species that are overfished, illegally fished, difficult to farm, or primarily imported to the US. Additionally, BlueNalu is focused on creating safe, quality seafood alternatives for species that may contain elevated levels of environmental contaminants, such as mercury,” Cooperhouse elaborates.

According to Amir Feder, BlueNalu’s CFO, the global seafood market is “highly vulnerable” today and is valued at an estimated US$200 billion.

“Per capita, global seafood consumption has risen to an all-time high,” Cooperhouse asserts.

“Demand is anticipated to increase further as consumers shift their diets from red meat to seafood for health and sustainability benefits. Yet, many wild fisheries are already at maximum capacity, and we anticipate farm operations will not be able to keep pace with the increased demand.”

Furthermore, Cooperhouse believes that the COVID-19 pandemic has also created a shift in perceptions. “Now more than ever, the vulnerability of our global supply chains, including our food system, is being revealed. Consumers are beginning to understand the fragility of their food supply and are seeking out alternative solutions that are healthy for themselves and the planet.”

BlueNalu plans to introduce a wide variety of cell-based seafood products from its pilot production facility in San Diego, US.Investment support
BlueNalu is currently establishing joint venture partnerships within key markets where it will operate. These partnerships are expected to enable it to navigate regulatory pathways, lower the cost of goods, introduce new species and new product forms, and inform its global market strategy.

“With strong investor support, our management team demonstrates a clear value proposition, technology, IP and a comprehensive regulatory strategy, all of which provide a solid foundation as we move closer to our in-market launch,” explains Feder.

Previously, BlueNalu announced five global strategic investment partners: Nutreco, based in the Netherlands; Pulmuone, based in South Korea; Sumitomo, based in Japan; and Griffith Foods and Rich Products Corporation, based in the US.

In this latest financing round, strategic investors include Radicle Growth, by way of the Radicle Protein Challenge by Syngenta, Rich Products Corporation and Thai Union.

WaSeaBi, a project funded by the European Union (EU) has developed sorting technology capable of precisely separating herring into all cuts, significantly increasing the... Read More