You are in : All News > Barry Callebaut sales dip in Q4 as business recovers from Wieze factory temporary shutdown

18 Jan 2023 --- Barry Calleabaut had a mixed financial quarter during the last three months of 2022, as its Wieze (Belgium) factory was not fully operational until the last third of October when the cocoa and chocolate giant  had a salmonella outbreak that saw operations shut down.

According to the company, most of chocolate affected didn't leave the plant.

Nonetheless, while sales were predictably down by 5.1% – “as expected,” notes the company in its latest financial report – the business managed to increase its revenue by 7.2% by raising prices.

“With Wieze fully operational since the end of October (2022) and against a strong comparator, we had, as expected, a slow start to the year. In markets where Gourmet products were widely available, we continued to win. We are committed to achieving our current three-year mid-term guidance in this final year, based on our broad product portfolio and broad geographic and customer base,” says Peter Boone, CEO of the Barry Callebaut Group.

“We expect a more back-end loaded year with improvements in the coming quarters as the Wieze factory is fully back on stream and gourmet products are more widely available,” he continues.

Passing on higher prices
While volume declined by 5.1%, in the EMEA region, where the Wieze factory is located, the volume decline reached 8.5% or 261,902 metric tons.

The business global sales volume of cocoa amounted to 116,341 tons, down 2.6%, and generated 8.5% more revenue.Barry Callebaut calculates that the volume would have grown in the low single-digit range if the factory had been operational. The company underscores how the general confectionary market sales declined by about 4.5%, with the business predicting it could have outperformed the general market.

Amid the regional trouble, sales revenue grew by 6.2%.

“Barry Callebaut has been able to pass on higher prices amid the general inflationary environment,” says the business financial report.

Sugar prices in Europe for Q4 were 91.9% higher than in the prior year due to low stocks and high energy prices, leading the business to increase prices. Globally, sugar prices surged more moderately by 1.4% during Q4, with dairy prices (15.7%) and cocoa bean prices (8.1%) also increasing.

Mixed results overseas
The business had a slow quarter in Region Americas, also experiencing a decline in volume sales of 2.4% to 160,908 metric tons (similar to the general market decrease of 2.2%). The company grew in markets like Brazil, but the effects from the ramp-up in the Wieze factory reached North American shores, as the subregion suffered from the limited availability of global brands.

Sales revenue in the region was up 7.9%.

In the Asia-Pacific market, sales volume flatlined at 0.1%, reaching 39,543 metric tons during the quarter, underperforming the general market increase of 3.2%, according to the business.

“The performance of food manufacturers varied strongly with continued double-digit growth in key markets such as India and China, while in Japan and Indonesia customer volumes were impacted by pricing actions to compensate for inflation, leading to low single-digit growth,” explains the business.

The company also suffered the impacts of lockdowns in China, and as in the case of North America, the limited availability of global brands due to the Wieze factory also having its toll. 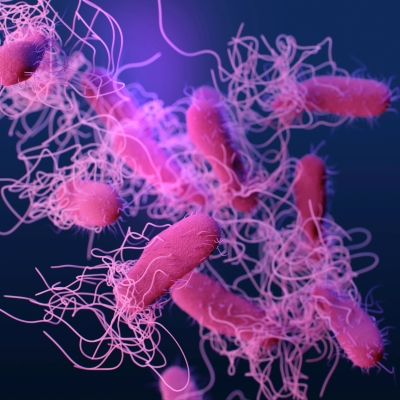 Barry Callebaut factory in Wieze had a salmonella outbreak that saw operations shut down.

Sales revenue in the region accelerated to 6.2%.

Strategic milestones
The company announced in December that it is expanding its Chatham factory in Ontario, Canada. Over the next few years, the expansion will provide a US$100 million investment into various elements of the factory, with the intent of increasing the factory’s dairy-free production capabilities.

In other expansion highlights, India will become Barry Callebaut’s largest chocolate-producing market in the Asia Pacific region following the opening of a factory in the country this November. The operation is due for completion in 2024.

Over the last five years, the company's investment in the country has hit US$52.5 million.

On the sustainability front, Barry Callebaut claims that half of its products contain 100% sustainable cocoa.

Symrise closes 2022 with string of investments amid a turbulent market

Symrise has reported double-digit organic growth of 11.4% in a year marked by multiple investments, a business restructuring and sales growth, as the company has reaped... Read More